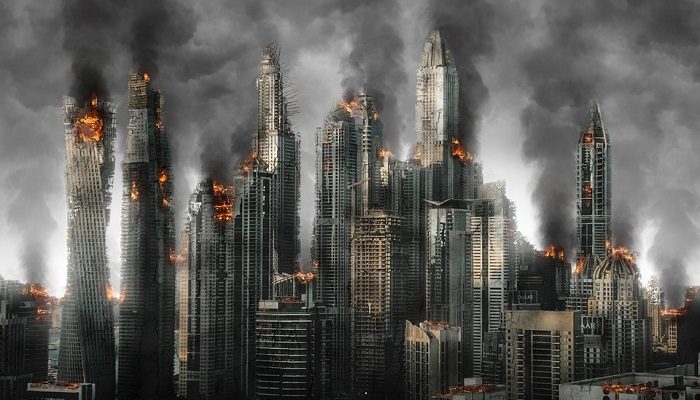 War is one of the most frightening events anyone can imagine happening. That is why dreams about wars are usually terrifying experiences.

People at major life crossroads, as well as very disturbed people, dream often about wars. To determine the meaning of this dream, it’s important to take into consideration your personal feelings about wars.

Usually it’s considered that dreams about wars represent conflicts in real life. That can be inner struggles you are going through, or some external conflicts.

Sometimes these dreams indicate conflicts between different parts of your personality.

A dream about war usually indicates having some struggle in real life, which needs to be addressed and resolved. It might signify your fears or feelings of losing control in some part of your life.

Sometimes these dreams can indicate conflicts and arguments, or having opposing viewpoints with someone. War in a dream might also represent disorder and chaos you are experiencing in real life.

These dreams can sometimes indicate aggressive behavior, yours or someone’s, and the need to control more. They might also indicate being too submissive and passive. Sometimes this dream indicates that you need to be more aggressive in life.

Dreams about being in a war, or in a war zone, might indicate not paying enough attention to your health. Maybe such dreams indicate ignoring some signs of possible health issues and continuing to push yourself even harder in your everyday activities.

Dreams about war might also indicate experiencing some emotional struggle, which is upsetting you very much.
This dream can sometimes indicate the need to prepare for struggles in some areas of your life.

In some cases this dream might be a reflection of your feelings about a war which is currently raging somewhere in the world. These dreams can also be a result of a real war you have experienced in your life.

These dreams are often dreamed by people who come from environments with a lot of arguments and quarrels, and that reflects in their dreams as well.

If you often dream about wars, that might be a sign of your unhealthy environment and surroundings, which is affecting you. You might consider changing your social circle a bit. 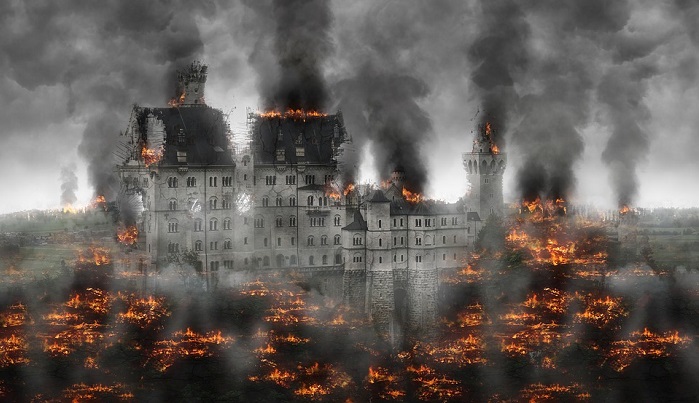 Dreams About War – Meaning and Interpretation

Dreaming about being a witness to a war. If you dreamed about witnessing a war, such dream might not be a good sign. This dream might reveal your insecurity.

It might also indicate being troubled by something in your life.

It can also indicate not being confident and brave enough to take over some responsibilities, because you are afraid you will fail at them.

This dream might also indicate the need for someone’s support and protection. Maybe it indicates you feel lonely and misunderstood by the people around you.

This dream is often dreamed by real victims of physical abuse.

Sometimes it indicates being under a negative influence of a person from your close surroundings. If that is the case, you should consider removing that person from your life as soon as possible.

In some cases it might indicate periods of difficulties and sadness.

Sometimes this dream might indicate receiving a gift from a dear person.

Dreaming about a war in general. If you dreamed about war in general, such dream usually isn’t a good sign, possibly indicating some difficulties and trouble in the near future. This dream indicates you should confront those issues and deal with them as soon as possible.

It might also indicate arguments and conflicts with people who are close to you, usually your friends or relatives.

Being forced to go to war often indicates an inevitable period of your life, filled with stress. You will only be able to adapt to the situation.

This dream might indicate being filled with negative emotions.

It might also indicate having mixed feelings and emotions about your goals in life.

This dream might also indicate being filled with feelings of aggression. Maybe you should ask yourself about the things bothering you and try to confront them.

Sometimes this dream indicates the need to spend more time with people who are happy and joyful by nature, and try to enjoy the small pleasures of life.

In some cases this dream indicates receiving some news from afar.

This dream might reveal your troubled past, which still haunts you.

This dream is a reminder to relax as much as possible and devote some time exclusively for you and your needs.

A dream about someone close being killed in a war has a similar meaning.

Dreaming about winning a war. If you dreamed of winning a war, such dream is usually a good sign, indicating success in all aspects of your life.

You will probably experience success both in your professional and private life in the near future.

This is a good time to begin new projects because they will surely be successful.

You will probably have a lot of chances for new accomplishments and you should try to use them as best you can.

Dreaming about witnessing the destruction of war. If you dreamed of being a witness of the destruction caused by war, such dream might indicate discovering some bad characteristics of your partner, you haven’t noticed by now, or which your partner has kept hidden.

Sometimes it indicates a bad thing you have done in the past, which might soon be discovered.

Dreaming about war ships. If you observed war ships in your dream, such dream is usually not a good sign, possibly indicating some separation.

Sometimes this dream indicates being extremely busy at work and not being able to spend time with your loved ones.

It can also indicate traveling abroad and being separated from your family and loved ones.

Dreaming about fighting as a soldier in a war. If you dreamed about being a soldier and fighting in a war, such dream might indicate the need to take better care of your health and well – being.

Dreaming about killing the enemy during war. If you dreamed about fighting in a war and killing enemies, such dream might indicate not paying enough attention to your health.

Maybe you have some unhealthy habits and self – destructive behavior.

Maybe you are so occupied by other things you just don’t have time to pay attention to your well – being.

This dream is a warning to start changing your habits to avoid possible health issues which might arise because of your neglect.

Maybe you feel as if you are letting someone or yourself down, because you cannot physically meet the requirements of your duties.

This dream warns you to take some time to rest and relax. You will have better chances to finish what you have started, after you recuperate.