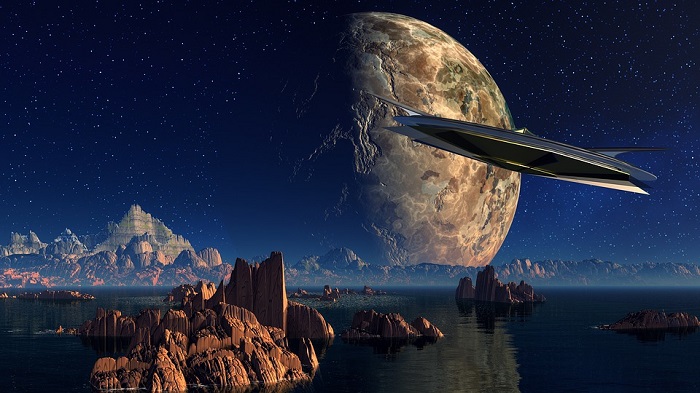 UFO dreams can be strange, especially because we officially still don’t know if they are real or are they a product of our imagination.

A UFO, short for unidentified flying object, is exactly what the name says it is. It is an object, presumably seen by eyewitnesses in the sky, which cannot be identified by some standard criteria.

Dreams about UFOs are very symbolic dreams. They often indicate something within ourselves, which feels unknown.

Maybe they indicate some strange experiences you have experienced or something which is hard to understand, and you have a feeling as if it was something from another planet. Sometimes that can be a person we consider an alien.

Sometimes these dreams signify experiences when you were physically or emotionally tremendously hurt;

Experiences, which you have buried deep inside you, and now they seem as if they are from another planet.

These dreams probably remind you of these long forgotten memories, because it’s time for you to deal with them.

They cannot simply disappear, because you have suppressed them. You need to address them and deal with them so they could be resolved and released by you. And if you don’t do that, they will keep reappearing in one way or another, and often in a form of a UFO in your dream.

Regardless of the fact how horrible these experiences might have been for you, you need to find the strength and deal with them for your own good. You will be completely healed at the end of that process. You’ll probably stop dreaming about UFOs as well.

Dreams about UFOs are often related to something unknown and represent some kind of mystery. They are often considered as a sign which forewarns something extraordinary and surprising happening soon in the dreamer’s life. Dreams about UFOs might symbolize your desire to find your true purpose in life.

UFOs in a dream are usually connected to the maters of the spirit and soul. They might indicate your desire to spiritually evolve. 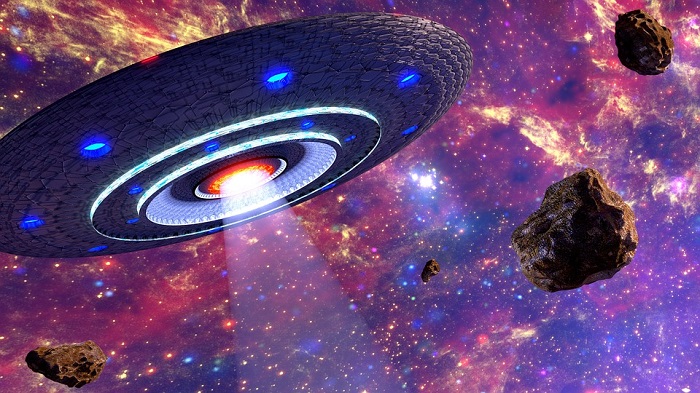 Dreams About UFO – Meaning and Interpretation

Maybe some fateful event will happen, making you discover something about yourself and your life in general. That event could bring out other personal realizations and the discovery of some repressed issues you need to address on your way to becoming a better person.

Maybe this dream reveals your desire to discover your true spiritual purpose in this life. Maybe it indicates feeling like an alien among the people from your surroundings.

It might also indicate feeling a bit spacey and the need to ground yourself.

Dreaming about seeing a UFO. If you saw a UFO in your dream, such dream is actually a good sign.

This dream can possibly indicate meeting some new people or unexpectedly encountering some people you haven’t seen in a while.

This dream can also be a sign of good luck in the near future, especially for the ones going through a difficult period in their lives.

Dreaming about seeing a UFO and being afraid. If you dreamed you saw a UFO and were afraid a lot, such dream might signify a hesitation or not being sure how to behave or react in some situation.

If the UFO attack was repelled by the Earth forces, such dream is a good sign, indicating the end of your problems or successfully overcoming your troubles.

If the aliens defeated the Earth forces, such dream is not a good sign, indicating failure and facing problems in the near future.

An alien invasion in your dream can also indicate change in your beliefs. Namely, you might start believing in impossible things.

This dream can also indicate nice surprises awaiting you in the near future.

Dreaming about being abducted by aliens from a UFO. If you dreamed you were abducted by aliens, who came out of a UFO, such dream might indicate being overwhelmed with fears of appearing too ordinary and not being eccentric or authentic enough.

You probably have difficulties adapting to others, because you have a specific and unusual personality, different from the rest of the people.

Dreaming about aliens from a UFO abducting people. If you observed aliens coming from a UFO and abducting someone, such dream is not a good sign. This dream can indicate a possibility of betraying your partner.

This dream is a warning to carefully think before you do anything because after you do something, it will be late for your regret.