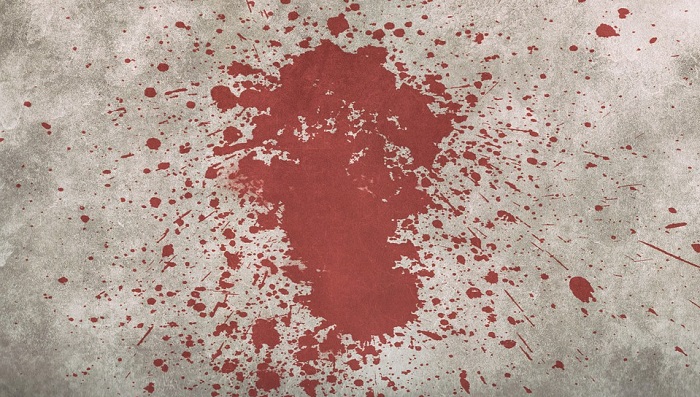 Many psychologists and scientists would agree that dreams represent our unconscious thoughts, wishes, troubles and needs, but some other people would say dreams are something magical, mystical and well beyond our knowledgeable realm and science itself.

Traditional societies, as well as societies we call modern, would still add a label of ‘fantastic’ to dreams. In dreams, almost everything is possible, except one thing, as far as the researches about this special dimension of our life can tell.

You cannot die in a dream, because our mind is incapable of imagining how it would look like to be dead.

Spiritual traditions would say it is possible to speak to dead people, such as our ancestors, for example; to reach beyond the world of the living and dive into the realm of the dead. Some of specific circumstances or intentionally caused conditions people provoke in order to do so are trance, hypnosis and dreams.

Being shot in a dream

So, you cannot die in your dream, but you can be injured, harmed, severely hurt, attacked in many ways and so on. Dreams about being shot are some of the most common dreams.

However, interpretations may vary depending on the source of shooting, the person or being that shoots, the weapon itself and the circumstances you find yourself in particular dream. If you are an individual with strong and accurate intuition, you could easily link the case of being shot in a dream to some event or circumstances in your waking life.

Although ‘being shot’ certainly does not sound encouraging, dreams of that sort are not always bad. They could bear a positive message and even a solution to problems in your waking life. You would feel much relieved after you wake up, at least.

Jokes aside, being shot in a dream could mean you are about to finish some things in your life that trouble you and keep you restless.

The dream may symbolize an ending of a bad period, a change and growth of your personality (in a positive way, of course), the ritual of ‘passing’, meaning you are on a doorstep to something new and unknown.

However, a concept of being shot is usually linked to something bad and often reflects your real life insecurity or the presence of threats. Dreams about being shot could be reflections of your current life experiences, such as feelings of being fragile, weak and unconfident.

It could also suggest there is someone who wants to hurt you and who would enjoy seeing you unhappy. So, dreams about being shot could be interpreted as both a positive and a negative sign. Here are the most common concepts linked to such dreams:

Dreams About Getting Shot, Being Shot – Meaning and Interpretation

Dreams about being shot are very common, but interpretations and meanings behind such dreams may vary. Talking about such dreams, people usually think of a gunshot, but the significance of a particular dream changes with the ‘weapon of choice’. Let us see what different weapons and shots mean in a dream.

Being shot with an arrow in your dream usually has something to do with your emotions and (romantic) desires. Just as Cupid would shot someone with an arrow through his or her heart. If you have been shot by a single arrow in your dream and you are able to see the shooter, it means you have a rival in your real life, usually in matters of romantic affairs. Dream interpreters would advise you to take more care of your relationship and your loved one. If you have been shot with many arrows, it means you have got yourself completely lost in the sea of your emotions and you should get back to ground and reality.

Dreams about being shot with a gun generally have the same symbolism as the latter. The difference lies in the very nature of the struggle you are facing in your waking life. While arrow shooting dreams usually have to do with romantic emotions, love life rivalry etc., gunshot means there is a conflict within the aspect of career and similar concepts. It may signify the conflict you have with someone in your social environment, at your job, school or anything of the similar nature. It means there is someone or more than one person who wants to stop your uprising, development and spoil your success in matters mentioned.

Gang gunshot – If you dream you are being involved with troubles of a street gang or a group of violent, armed people, it means you stand alone opposing larger group of people in your real life. This type of dream may reflect your inner insecurities and unwillingness to speak straight to your superiors, colleagues or even friends, for example. Since such dreams often take place in an urban environment, it means you have some issues to resolve in the field of career, social status or similar.

Being shot in a car – Dreams about being shot with a gun while driving in a car are relatively common. Such dreams often mean you are trying to escape from some unpleasant situation in your real life or that you are trying to avoid someone who makes you feel unworthy, fragile or miserable. If you manage to escape, it suggests you could do the same in your waking life and vice versa. If you are the shooter in a car, such dream means you are frustrated and you have to find a way to somehow let go of your emotional distress.

Natural environment – If the shooting takes place in a natural environment, such as forests or mountains, it reflects familiarity with the circumstances in your waking life. If you are being shot in such a dream, it means you are well aware of your vulnerability and that other people, especially the ones you know, could easily harm you with their words. Just as other mentioned dreams all represent some sort of conflict, being shot with a gun in a natural environment means you are facing troubles in your waking life, only in this case with someone whom you know very well. It may represent unresolved tensions with your loved ones, mutual misunderstanding and so on.

Hunting – If you are the shooter and you are hunting an animal in your dream, it means you are following your instincts in order to get away from some threatening situation in your waking life or even your struggle for survival. If you are not the shooter, but you see an animal gets shot, it means your life is not in your own hands and that people around you are very determinate to do whatever it takes to get what they want.

Being shot in a war

Similarly to other dreams of being shot, dreams about being shot in a war also indicate there is a conflict you are facing in your real life. Since a war is a major conflict and greater forces are involved, if you dream of being shot in it may reflect your conflict with some big concepts or ideas.

It could also mean you are at war with your own thoughts and beliefs and that you are trying to find a way to settle them. Dreaming about being shot in a war may also reflect a need to reconsider your views, judgments and intentions. It may reflect your willingness to start changing your habits and points of view in your waking life.

Dying from a shot

As we have mentioned before, you cannot actually dream of being dead, but you could have a dream about being severely wounded and dying. If you dream you are dying from a shot (with an arrow, gun, bomb or anything else), such a dream may indicate you are finally coming to an end of the struggle you have been facing in your waking life. It means the situation is getting clear, whatever its outcome may be.

Dreams about dying from being shot usually mean there comes the time to relax and go with the flow.

It could also symbolize an ending to a life phase and an entering to a new chapter of your life. In general, it does represent en ending to a conflict that has troubled you for long.