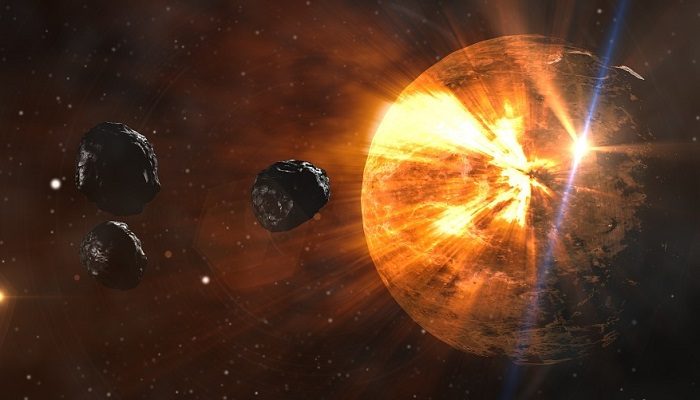 Dreams about the end of the world are common dreams, maybe as old as the human kind. They are usually related to some major events and changes occurring in our lives.

If you had a dream about the end of the world, maybe it symbolically represents the end of your life as it was, and its complete transformation.

Usually events like transitioning from one stage to another, major events like marriage, divorce, getting a job, retirement, death of a loved one, etc. trigger such dreams.

These dreams are often induced by feelings of uncertainty about the future. Maybe you feel as if you have no control over the circumstances in your life.

You might be feeling unprepared for the future, which causes the fear and such dreams. Maybe you are resisting releasing the past and that’s why you keep dreaming such dreams.

A dream about the end of the world might also signify some major changes occurring in your belief system and your understanding of life. It might indicate fears and insecurity about some stressful situation in your life you don’t know how to resolve.

This dream might also signify the ending of your current lifestyle and the beginning of a new one. Maybe you are moving to a next stage of your life and you need more strength and courage than before.

Dreams about the end of the world are often dreamed by people who have lost a loved one and they feel as if the world is ending as well. They are a reminder to be more appreciative of the things you have in life, especially your health, family and loved ones.

These dreams remind us about the transiency of everything in this life and the need to enjoy every moment of it, because it will all be gone one day.

Dreams about the end of the world are not precognitive, but they can sometimes announce the ending of some aspect of your life, or its change. You should be grateful for the new things coming into your life and leave the past behind.

Sometimes these dreams might make you think about the things and people you don’t want in your life anymore, and will give you the strength to get rid of them. It might also help you confront your fears and deal with them.

These dreams are also common for people currently going through a divorce, fired from their job, or going through a breakup of a long – term relationship. They are related to life events which are shaking your whole being, your life, beliefs and views of the world and other people. 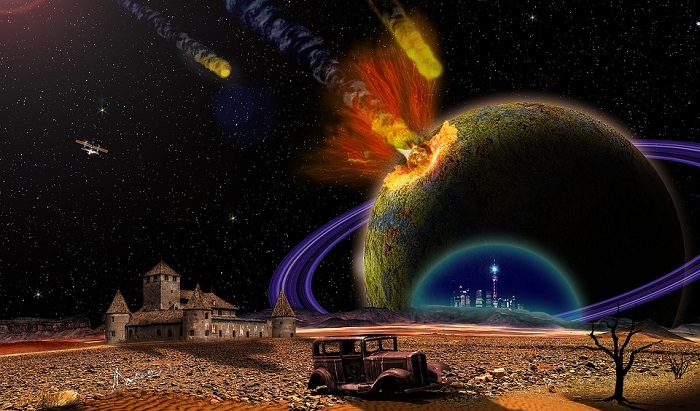 After such a dream you might realize not everything around you is as you have imagined.

Sometimes these dreams can be dreamed in calm periods of your life, but in such cases they indicate an inner change occurring inside you, in regards to your understanding of yourself and the rest of the world.

You might be realizing that something inside you is inadequate or outdated and needs to be changed. You need to reassess your views and beliefs and leave the ones which no longer serve you, behind.

These changes are necessary for your own well – being and moving freely towards a new future.

Sometimes this dream might be a result of your realization of having a completely wrong set of beliefs, you now want to change.

Dreams about the end of the world might be caused by financial problems as well. They can also be a result of some significant losses in real life.

These dreams are helping you escape from everyday problems and harsh reality, by thinking it’s all over and you don’t have to suffer anymore, because the world doesn’t exist.

In rare cases, these dreams can be a result of an inner conviction that the world is actually, coming to an end soon, and these people tend to have such dreams often.

The events leading to the end of the world in such dreams can be different. The world might end, as a result, of an alien attack, a new ice age, a meteorite impact, a fire, a volcano eruption, etc.

Such dreams might also announce the beginning of a transitional period in your life.

Dreams About End of the World – Meaning and Interpretation

It might also indicate feeling vulnerable and helpless in some situation, you cannot control.

Dreaming about saving the world from ending. If you dreamed the end of the world was about to happen, and you saved it, such a dream is a good sign, indicating you are very confident in your abilities. You probably know where you are headed and you shouldn’t let anyone stopping your progress or questioning your abilities to succeed.

You are probably going through a period of difficulties and challenges, and this dream might announce some catastrophic event is about to happen.

This dream might also indicate big challenges and trouble for your family as well.

You might be replaced from your work assignments, by some other people.

Sometimes this dream might be induced by recent events which occurred in your company. Your company might have been taken over by some other company, and you might feel as if conquered by aliens.