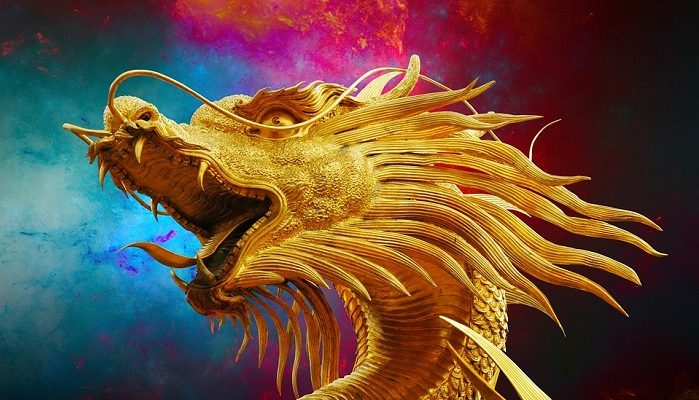 Dreams about dragons might indicate someone with a fiery temper or a person which easily loses control. They might also indicate a passionate person. That person might even be you.

Dragons indicate personal growth and empowerment. It is a great sign to have in a dream if you want to advance in your business or career.

Dreaming about killing or fighting a dragon might signify overcoming some big fear or confronting something or someone. Sometimes this dream might indicate controlling your anger.

Sometimes dragons in a dream might signify some challenges put in front of you by your family members. That is especially true if you dreamed about a dragon you were frightened from.

You might encounter some problems at home.Sometimes dragons indicate trying to make someone do something in your favor.

Maybe they indicate you are being selfish about something.

If you saw a Komodo dragon in a dream, such a dream might represent something or someone you fear. Maybe it represents some disgusting and unbearable person from your surroundings.

A dragon might also indicate difficulties and obstacles coming your way. These obstacles might be put on your way to test your strength and endurance, as well as your faith in yourself.

Usually, though, dragons are a sign of upcoming fortune and wealth.

Dreams About Dragons – Interpretation and Meaning

Dreaming about a dragon. If you saw a dragon in a dream, without many additional details, such a dream might be a sign of your character. Maybe you tend to often lose your temper and have angry outbursts. Maybe you are overly passionate about some matters and you tend to overreact to the point of sounding arrogant.

You should be careful not to offend or hurt someone, especially someone close to you with your strong words. 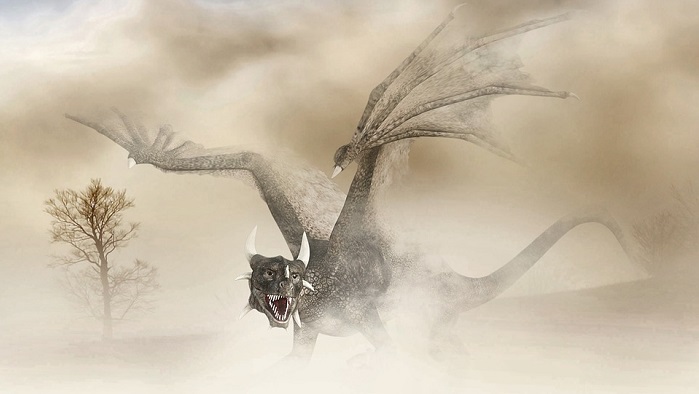 This dream is suggesting you try to control your temper and pay some more attention to the way you behave and to the things you say, and the way you tell them, so you don’t end up isolated from your personal or business acquaintances.

Dreaming about seeing a dragon. Dragons are symbols of good luck. If you saw a dragon in your dream, such a dream is a very good sign. This dream might indicate abundance and prosperity in the near future.

It might also indicate trying your luck with some games of chance, like the lottery, and winning.

This dream is warning you to pay attention when someone offers you help, because it might come with a big price.

It’s not a good sign if the dragon flies into a cave or a hole. In such case you won’t reach your goals so easily. You might have to wait a while, or overcome some obstacles first.

This dream is always a sign of success, so you will be successful in the end, with or without difficulties. This dream indicates receiving solutions to your problems.

Sometimes this dream indicates a person capable to heal with words.

This dream might also indicate some pleasurable moments and times for rest in the near future. You might end up spending some time with family or friends.

Sometimes it might indicate going on a trip and meeting interesting people there.

This dream might be a sign of recuperating strength and recovering your energy. Such a dream might also be a warning of your emotions being out of control.

Sometimes this dream is a very bad omen, signifying real fire danger to your home, so you should be careful about all electrical appliances in your house.

This dream suggests you should control your temper and ego. You don’t always have to have the last word in every conversation.

Maybe you’ve been having some difficulties with your finances lately, or had many disappointments, but all is about to end soon. The situation is about to turn in your advantage. Expect your problems to be resolved soon and many new chances coming your way.

Dreaming about a dragon in a cave. If you saw a dragon in a cave in your dream, such a dream is a sign of successfully achieving your goals, but only after overcoming some obstacles on the way. Don’t be discouraged if difficulties start appearing on the way, because you will succeed in the end.

Dreaming about a sleeping dragon. If you saw a dragon sleeping in your dream, such a dream is a sign of achieving some long – term goals or dreams you’ve had for some time. You need to believe in yourself and your abilities to achieve everything you put your mind into.

Dreaming about a dying dragon. If you saw a dragon dying in your dream, such a dream is actually a good sign, indicating you will overcome some huge obstacles in the near future. Maybe you are trying to achieve some unreachable goal, but this dream encourages you there’s nothing impossible if you put your mind and strength into achieving it.

This dream indicates success. Your work and effort will pay off in the end. This dream might be a sign of a job promotion or receiving an unexpected bonus in the near future.

Dreaming about riding on a dragon. If you dreamed about riding a dragon, such a dream is a sign of power and influence. You are probably very respected and highly positioned in society. If not, you are aiming for that goal, and this dream is the best sign you are on the right path.

Dreaming about an angry dragon. If you saw an angry dragon in a dream, such a dream might represent some hot tempered person in your surroundings. Sometimes that can be your superior, pressuring you to do some work. It may also be some relative of yours trying to make you do something you don’t want. This person is probably stressing you out.

Dreaming about a dragon attacking you. If a dragon was attacking you or spew fire at you in a dream, such a dream might be a warning about something wrong you did. Try to do your best to correct your errors.

Dreaming about defeating a dragon. If you defeated a dragon in a dream, such a dream might not be a good sign. This dream might indicate some issues from the past coming back to haunt you. Maybe you did something wrong or made some mistake and now the consequences of your actions are starting to show.

Dreaming about killing a dragon. If you killed a dragon in a dream, such a dream is a very good sign, indicating successfully overcoming all your obstacles in the near future.