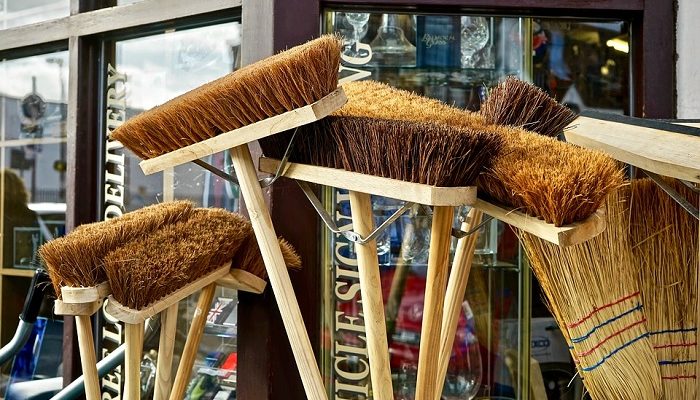 A broom in a dream is often a sign of new beginnings regarding your work, such as job promotions, career changes, finding a new job, etc.

If things weren’t going well in your life, this dream is a sign of improvement of your life situation and indicates changes for the better.

If you had a dream about a broom, such dream might indicate the need to resolve some issues from the past.

Sometimes these dreams can indicate it’s time to settle down and create your own household. They often indicate putting things off for some reason.

New brooms in a dream often indicate the improvement of your financial situation, and sometimes can be a sign of wealth in the near future.

A broom is often a sign of getting out of depression and bad mood, and overcoming obstacles. It might indicate clearing your debts. Brooms might also indicate getting rid of problems, fears and insecurities.

Maybe you are setting yourself free from the things you no longer have use for.

Brooms in dreams can be a bad sign also, forewarning quarrels in your household. They can also signify reconciliations.

Sometimes this dream can be considered as a warning against false friends. You should check-up on your circle of friends and determine who are the real ones, and distance yourself from the rest.

A broom in a dream can also be a sign of an unpleasant visit from someone. Sometimes a dream about a broom can indicate money loss.

In some cases it can indicate boredom and gossiping. Brooms in dreams can also symbolize your neglected or unsatisfied sexual needs. 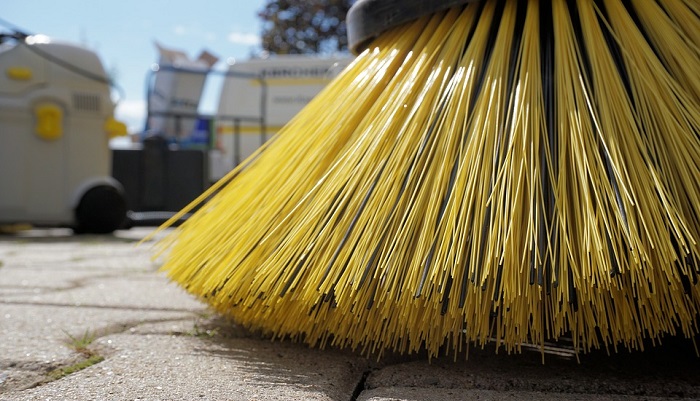 If you used a broom for cleaning, this dream usually means resolving some problems you have. Sweeping dirt with a broom in your dream can sometimes indicate success of some endeavor or happy outcomes of some situation.

Sometimes it indicates acquiring wealth or the increase of your profit. If you collected the trash in a trashcan, the dream might indicate gaining a profit from some project you are currently working on.

If you were sweeping the floors in the basement or the shed, such dream is often a sign of a business failure.

Sometimes a dream about a broom might indicate rejecting some useful advices, because you don’t like them.

Maybe you purposefully ignore something you dislike. Maybe you refuse to confront and deal with some issues in your life.

It might also indicate pushing some problems away, because you don’t want to deal with them.

These dreams might also indicate getting rid of people in your life, because you don’t like when they tell you the truth or something you don’t want to hear.

It can also indicate hiding the truth because it makes you feel uncomfortable or you don’t like it.

A broom can sometimes indicate our home or family. It can also signify our employee or servant.

Dreams About Broom – Meaning and Interpretation

It might also indicate getting rid of things and people bothering you for some reason. Sometimes it indicates not having problems in your life.

If you were sweeping the street with a broom, such dream symbolizes your contempt for someone or something.

Dreaming about sweeping floors with a broom in someone’s house. If you dreamed you were sweeping the floors of someone’s house, such dream is a bad sign, indicating poverty.

It might also indicate the death of some person from that house.

It might also indicate having friends you cannot trust.

It can also be considered as a sign of relationship or marriage problems in the near future.

Dreaming about an old broom. If you saw an old broom in your dream, such dream is usually a bad sign, and indicates business losses.

This dream can also indicate meeting with some old friends you haven’t seen in a while.

Dreaming about a wooden broom. If you saw or used a wooden broom in your dream, such dream is usually a bad sign, indicating business troubles or problems at work.

Dreaming about a broken broom. If you saw or used a broken broom in a dream, such dream is usually a bad sign, indicating grief and sorrow in the near future.

Dreaming about someone giving you a broom. If someone gave you a broom in a dream, such dream might indicate getting a promotion in the near future.

Dreaming about riding a broom. If you dreamed of riding a broom, such dream might not be a good sign, indicating troubles and problems in the near future.