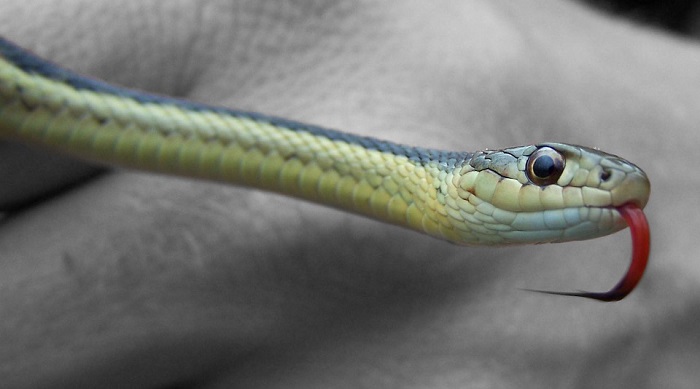 Snake dream triggers fear in many people, because the fear of these mystical beings is widespread. Sometimes the snake threatens us in the dream or bites us. What does the dream symbol serpent mean? How is snakebite interpreted in dream interpretation?

What dream represents and why do we dream it?

Dreaming is a psychic activity with subjective experience that is never turned off, except when awake. The psychoanalyst Sigmund Freud regarded man as the author of his dreams. Our subconscious mind deals with the events that we experience in everyday life.

About the meaning of dreams we have several theories. Thus, some scientists suspect that the brain during the dream matches and stores new and old information, because subjects report that past experiences in the dream mix with new ones. Another assumption is that a dream is a preparation for certain life situations and skills that we train, that we might need later.

What is dream interpretation?

The dream interpretation deals with the decoding of dream messages and the interpretation of dream symbols. Most of people cannot grasp their dreams, because only fragments of dreams penetrate their consciousness.

Professional dream interpreters unravel the nocturnal films. By interpreting the dream symbols, which result from figures, images, feelings and actions, the content of a dream can be decrypted and edited. The dream interpretation serpent can be extremely complex, because there are a variety of interpretation options. In a dream snake context plays a crucial role, especially the interactions.

The snake is one of the oldest ancient symbols of humanity. If it appears in a dream, it is important to include personal associations. Only then can comprehensive insights into the personality be gained. In general, a snake dream can point to false friends or fears that the truth will come to light. The embrace by the whole snake body is interpreted in the dream interpretation as a yearning for liberation. The dreaming may feel constrained by one person.

If the snake crawls toward you in a dream, it can be a sign of coming evil. A snake bite is a symbol of impending change or expression of the actual fear of snakes that is reflected in a nightmare. The dream symbol snake also stands for urges and for instincts that penetrate from the unconscious into the consciousness and influence the personal development.

What does a snake in a dream mean? According to the Swiss psychiatrist C. G. Jung, the dream symbol snake is an archetypal sign that points to something significant in the subconscious. A dream snake can mean endangering, but also healing. As a being that embodies evil since his expulsion from the Garden of Eden, the serpent is the symbol of deep soul forces that are in conflict and can take both a positive and a negative direction. 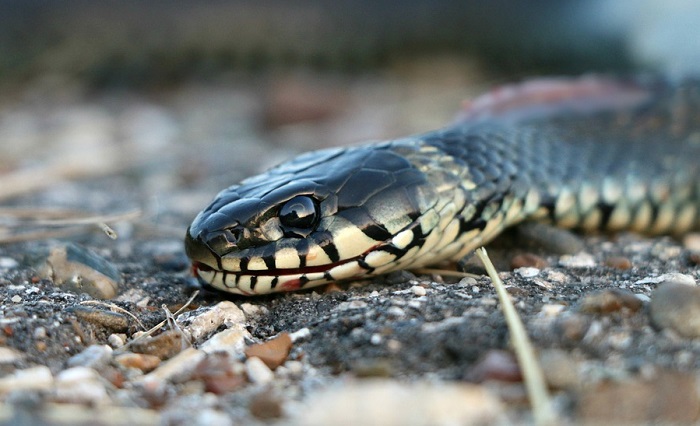 Dreaming is a psychic activity with subjective experience that is never turned off, except when awake. The psychoanalyst Sigmund Freud regarded man as the author of his dreams. Our subconscious mind deals with the events that we experience in everyday life.

In a man’s dream, the snake symbolizes the seduction and can warn against a calculating woman. When a yellow snake emerges in the dream of a woman, it stands for the fear of male energy; a white animal symbolizes the soul depth, while physical energies are symbolized by a green serpent.

In the dream interpretation serpent, dark snakes are signs of lifestyle changes. But the snake in the dream is also associated with good and can be a symbol of salvation, such as the skinning as liberation from suffering.

Why do some dreams keep repeating?

Recurring Dreams always show you the same dream situation, such as snakebite. Recurring dreams are considered in the interpretation of dreams as very significant dreams, because they set before us the task to call a specific psychic situation in consciousness and work up.

According to C.G. Jung, repetition dreams provide us with suggestions for solutions. However, the cause of life problems usually goes back far into the past and Recurring Dreams only end when the events are consciously perceived.

Why does the dream snake appear again?

The nightmare snake or snake bite can burden the person who is dreaming enormously. The happenings of everyday life find their way in the dream. Stress reduction can help us to get rid of snake dreams.

However, that is not always possible. For this reason, psychologists recommend a dream protocol. When describing their snake dream, you should pay special attention to smells, colors and sounds.

Play through the nightmare and change the end. When you have the plot in your hands, you become invisible or hurl the animal into nowhere. Practice this snake dream with a happy ending for about 10 to 15 minutes daily. At some point your brain will show you this outcome in a dream.

“The snake is following me!” – If the dreaming thinks this, it is an indication that his repressed urges and desires in the subconscious make them felt. At the moment, he only perceives them in the dream world, but he should also deal with these feelings in the real life. Otherwise, he could experience the persecution by a snake even more often in a dream.

Experiencing a snake attack in a dream

“Help, a snake is attacking me! It’s coming right at me!” Such a dream experience, in which the dreamer is threatened by an aggressive snake, may indicate that the dreaming person may be injured in the real life.

The danger doesn’t have to be physical, but can also consist in the fact that a close confidant disappointed the person who is dreaming and thus got him mentally hurt.

The snake in the dream blocks the way

If you want to run away from something in the dream, but a snake blocks the way, the dreaming person should first deal with their unconscious emotions and repressed memories that are symbolized by this reptile. It will not help you to run away from unpleasant things. In the dream interpretation snake, dark snakes are signs of lifestyle changes.

But the snake in the dream is also associated with good and can be a symbol of salvation, such as the skinning as liberation from suffering.

The snake eats an animal in the dream

When a snake eats an animal in the dream, positive emotions in the dreamer’s psyche may be suppressed. He should ask himself why he gives the negative feelings such a large space, instead of enjoying the beautiful sides of life. The dreaming should strive for success experiences, which can provide for an encouragement.

Dreaming that the snake eats a cat

A snake killing a cat heralds treachery and resentment that could potentially burden the dreaming person’s life. Maybe other people are jealous of the dreaming or do not allow her the professional success.

However, the dreamer should not be misled by this and continue to pursue her goals.

The snake in a dream eats a mouse

A dream experience in which a snake eats a mouse symbolizes the victory of the fittest over its weaker opponent. Eventually, the dreaming man also manages to keep his enemies or persons who are unpleasant for him out of his life. This could prove beneficial to the dreamer, but also detrimental if he has achieved this goal only by unfair means.

A snake eats a human in a dream

If the snake kills or eats a human, this can be a very disturbing dream event. This dream symbol can be interpreted in various ways. If the person eaten is a friend of the dreamer, he may need help and support.

On the other hand, if the snake eats a stranger, it may want to protect the dreaming from an enemy.

The snake eats another snake in the dream

A snake eating another snake indicates a kind of competitive struggle between two emotions that currently occupy the dreaming person. If she felt particularly well during this dream, this can be a sign that the positive feeling has prevailed against the stressful sensation.

I dream to be eaten by a snake

“Oh no, a snake chokes, kills or eats me!” This dream experience reminds the sleeping person that he can no longer avoid a bad influence and is completely controlled by it. Such an interpretation seems particularly plausible when the reptile devours the dreaming.

At the same time, the dream symbol “snake wants to kill me” also includes the possibility of a new beginning if the dreamer manages to free himself from the negative experiences.

If the dreaming person sees a snake that is flaying or turning into another animal, it is likely undergoing a process of change as well. Your personality continues to develop and you get to know new sides in yourself.

Therefore, the snake’s molt as a dream symbol also stands for the beginning of a new phase of life, which will give the dreaming many new experiences.

Dream of a dancing or jumping snake

The dancing snake is like a snake jumping, a dream image related to the traditional meaning of the adder as a temptress. The dreamer may be vulnerable to female stimuli and easily distracted from them.

However, his relationship could be seriously compromised.

Where is it? The snake disappears in the dream or hides

A snake that disappears or hides signals to the dreaming that he has for the time being displaced stressful thoughts from his life.

However, these can return at any time and jeopardize his inner balance. It is also possible that someone could bring the dreamer in an embarrassing situation.