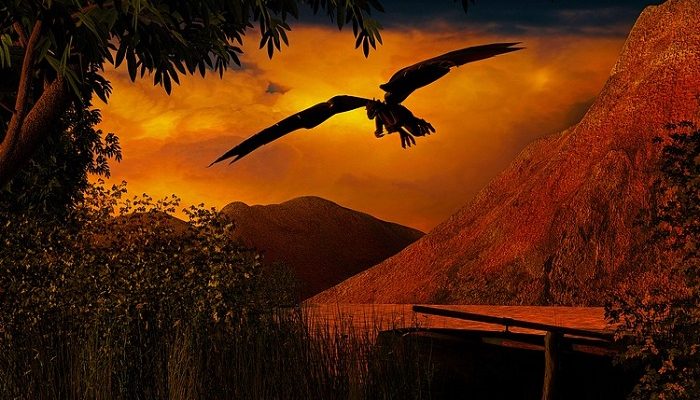 Dragons are amazing mythical creatures, usually depicted as giant serpents or winged reptiles that possess various magical and other properties.

Numerous historical accounts suggest dragon related myths, legend and symbolism had developed in different cultural concepts all around the world, independently of one another. It means dragon beliefs have diffuse origins.

Dragon depictions completely depend on cultural system of origin. Interpretations of dragon symbolism are dissimilar and even opposite in different parts of the world.

Western European traditions usually depict dragons as tricky, maleficent and evil mythical beings with numerous powers (there are exceptions, of course), while in far Eastern cultures dragons are commonly seen as magnificent celestial beings of great wisdom and power;

Oriental dragon is a beautiful, amazing mythological creature, praised, honored and loved by people. Feared off sometimes, as well.

In China and Japan, dragons are powerful heavenly spirits and they are connected with forces of life and overall existence.

Dragon is a powerful Feng Shui symbol and one of the mightiest Asian zodiac signs.

In Europe and Westerners’ world in general, dragons are seen as dangerous and evil beings that you should stay away from.

However, dragons are also powerful heraldic symbols and they are associated with bravery, courage, strength and victory.

While far Eastern cultures depict dragon only in a serpent-like or reptile form, in some Eastern European traditions dragons are beings that commonly take human form or look similar to humans;

Cultural and mythical depictions of dragons 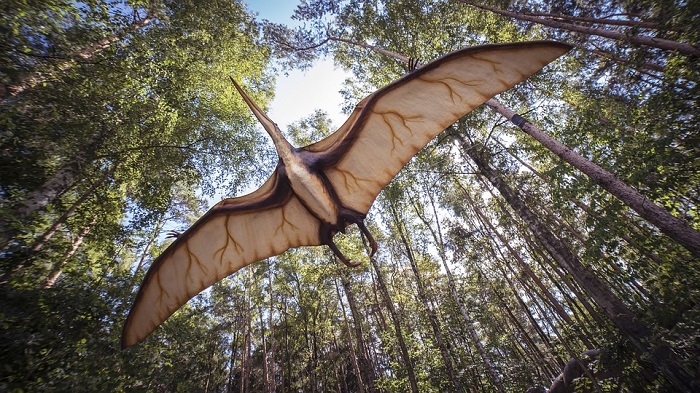 What do dragons symbolize in different cultures and mythologies? Let us find out. In following paragraphs, we will discuss dragon symbolism in some of cultural and belief systems abundant in dragon related legends and folktales.

Later on, we will reveal what spiritual and totem powers these magnificent fantasy beings possess.

In addition, we will see what some of specific dragon symbols meanings are.

Dragons are probably the most represented fantastical creature, present in art, folklore and legends of both traditional systems and modern world.

Dragon symbolism is still widely used and it is present in popular culture, as well.

Chinese symbol for dragon originates from ancient Chinese tribal motifs, while the exact origin of overall dragon mythology in China is still unknown.

Scientists and researchers suppose the symbol had developed by evolution of symbols of fish, snake or other real animal.

Chinese dragons are benevolent, majestic beings that look upon us and protect us. Unlike Westerners’ ill-spirited ideas about dragons, an oriental dragon stands for greatness and goodness.

Finally, dragon symbols are used to represent the power of the Emperor himself.

Chinese believe dragons bring fortune, wealth and luck into peoples’ lives and homes, so it is good to have a dragon motif anywhere in your home. It could be a figurine, a picture or anything else;

Chinese mythology and traditional beliefs are full of dragon legends. They have various types of dragons, of which there are nine main sorts.

Since ancient times, Chinese have been using dragon motifs to accent things that are powerful, beautiful and divine. Dragon motifs are still to be found on wonderful Chinese garments, home decoration and elsewhere.

One of the most popular songs in China is ‘Lóng de chuán rén’ or ‘Descendants of the Dragon’;

If you have ever seen how Chinese celebrate New Year, you certainly could not miss out a giant and colorful dragon structure carried by dragon dancers!

The dancers perform specially synchronized movements that should simulate enchanting movement of this majestic spiritual creature.

Chinese believe in the power of dragon and dragons are the true symbol of Chinese nation.

Dragon dance is meant to bring fortune and luck to Chinese people in the year to come. The longer the figure is made, the more luck it would attract, according to Chinese;

Japanese annual dragon dance performance takes place at Sensō-ji Buddhist temple, in honor of reconstruction of the place that took place in 1958.

The temple is associated with two golden dragons, so the name of the festival is ‘Kinryū-no-Mai’ or ‘Golden Dragon dance’;

Dragon lore is also present in Japan. It is still commonly believed dragons live in lakes and ponds near Buddhist temples, while Japanese temples names often feature a dragon term within their titles (for example,  Tenryū-ji or ‘Heavenly Dragon Temple’).

Japanese term for dragon is ryū and one of the powerful Japanese mythological dragon characters is or ‘Dragon god’, associated with sea powers.

In modern Japan, there are numerous terms and words for dragons, which suggests dragons are still honored and praised in Japan.

Some dragons, like Ryūjin, are believed to be able to take the human form.

Ancient Celts nurtured beliefs about spiritual world and spiritual powers of all beings, both imaginary and mythical and real ones.

Dragons are present in Celtic mythology. These creatures were believed to hold great wisdom and knowledge and connect skies and earth.

Celts often thought of dragons as great treasurers and guardians of paths to realms beyond our reality.

Celts appreciated dragons and associated them with power, glory, leadership and military.

The title of ‘pendragon’ is an ancient Celtic term for a ‘chieftain’. One of the most popular legendary figures, King Arthur, was also known as ‘Arthur Pendragon’;

In Celtic mythology, dragons are seen as mystical, wise and clairvoyant beings that could predict events. Celtic dragon is often portrayed as a winged reptile-like creature (the one we usually imagine thinking about dragons), but it is sometimes represented as a dragon snake or water serpent.

Celtic dragon motif is often designed as a serpent-like creature swallowing its tail and it symbolizes the eternity of life;

In Slavic languages, dragon is zmaj, zmei, zmeh or such (Slavic term for a snake is zmija or a variation). There are other names, such as drakon and pozoj and they are all used to describe the same mythical creature. In Slavic mythology, dragons are depicted in various ways.

Even the smallest village could have its own idea about of what do dragons look like.

Slavic portrayals of dragons vary depending on particular tradition, area and even the smallest communities could have their own folklore ideas about dragons, their appearance, properties and traits;

In Slavic folklore and tradition, dragon is sometimes described as a giant snake or a winged serpent, but it is not a rule; it doesn’t have to be winged, for example. Some traditions describe dragons simply as a huge serpent, but in other legends dragons have four legs.

Sometimes, dragons are depicted as magical beings that are only slightly different from a common human being.

Slavic folklore tales sometimes describe dragon as being not so different from human. In some versions of stories, dragons only have bigger heads or eyes, or they have small wings, hidden in their armpits;

Slavic dragons could appear as some human-reptile monsters, covered in scales, but it is also arbitrary description. Several Slavic folk beliefs tell dragons’ bodies are always wet, coated with golden to white colored scales and they have claws on their feet.

These incredible and strange dragons could produce red or blue fire and their eyes are sparkling.

There are numerous unusual characteristics Slavic peoples scribe to dragons. They could have only one nose hole, hairy body, a rooster’s crest and feathers, three, seven to twelve heads and so on;

Slavic dragons express great variations in terms of their behavior. In some cultures, such as old Serbian, dragons have a lot to do with weather, but they are also a kind of tricky and seductive beings.

It is believed dragons in human form would sneak up into a beautiful young woman house at night and make love with them.

Child born out of such relationship would often possess dragon-like features and has magical powers.

Red dragon motif is present in various cultures around the world and it symbolizes or represents many ideas and concepts.

No doubt, Dragon is a mighty totem and spirit creature. In Chinese zodiac, Dragon is the most powerful sign. People born under this majestic totem are full of life; they are free spirited and active persons who do not let others control them.

Dragon people could be both magnificent and hard to deal with, depending on how they nurture their dragon-like characteristics.

They might appear mysterious, but sometimes their immaturity is well hidden under the mask of mystery and their irresistible magnetism.

Dragon people are usually successful in almost all areas of their life. They are very ambitious and unstoppable. They work hard to achieve their goals, but their natural charisma and commanding character helps them a lot.

They also seem to be born under a lucky star.

Dragon people rarely lack money and they are excellent businesspersons.

People born under Dragon totem are charismatic and influential. They easily get attention and they have knowledge to share with the world.

However, they could be very immature when it comes to expressing emotions. That is the aspect of life they are not so good at, which might make them trouble in establishing relations other than professional.

They could be spoiled, but not in material terms, but emotionally spoiled.

They do not like if people do not act as they would do or they expect to. That makes Dragon people intense and angry. They could be aggressive and unkind towards others.

If you, as a Dragon person, learn to control the incredible moving force that leads you through life, you will avoid these negative traits and become a person others respect, appreciate and are proud of.

Dragon people love mysterious stories and things. They like to explore and experience different things in life. They are courageous and capable of doing things other do not have enough physical or mental strength to do.

Dragon people are intelligent and usually show great results during their education.

They often end up at some high rank position and enjoy comfortable life.

Dragon tattoo is probably one of the most popular tattoo motifs ever. The most popular designs usually resemble Asian dragons, but there are numerous variations of other depictions.

Dragon tattoos could be done in a cute version or as a dangerous and dreadful fire-breathing monster. It depends on a client’s desires.

Generally speaking, dragon tattoos represent power and strength, wisdom and spiritual energy, both forces of creation and destruction, masculinity, fortune, longevity, vitality, elements of nature and so on.

Depending on particular design, a dragon tattoo is done to promote some specific values or personal ideas and desires. Here are few examples.

‘Ouroboros’ tattoo motif (a dragon biting its own tail) represents eternity, existence, the repeatable circle of creation and destruction;