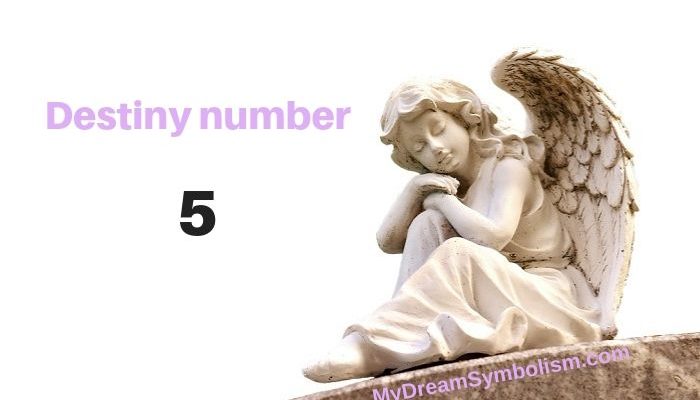 Often times human beings are unaware of their lives, of their true potential and purpose in the world; and the aspect that is clear is that it does not reveal or indicate the actual state of affairs and does not give us a true picture of us as persons.

And, here comes the numerology as the science that is related to the vibrational powers of numbers – it allows us to look within ourselves from a more objective perspective, explaining and bestowing us real aspects of our character that we were not even aware of, and whose authority, power, developmental abilities and potentials, we miscalculated or overlooked during our lives.

So, as you can see numerology and in particular the Destiny Number 5 is such a useful tool that truly provides to self-exploration and self-development, as well as improving the traits we have acquired in this life.

This day is dedicated to the people who live under the Destiny Number 5 – we will try to reveal what such a number means for the people who have them, how can they gain as much as they can from this vibration.

One thing is clear here, and we can say it with the moderate certainty, people who have Destiny Number 5 are considered to be very lucky, they have a somewhat nice personal path, and they can enjoy all the way; this is amazing and enthusiastic attitude to have in life, and they are blessed with it.

So, these human beings are very optimistic human beings who, in many ways inspire others to follow their lead, to listen to what they have to say, and how love to be around them, just because of their energy and personal charm that they have in large quantities.

In many ways, during their personal journey, people with Destiny Number 5 are positive characters who, above all, seek freedom, they are adventurers. Active, funny and energetic human beings who like to spend time outside of their homes, and like to be connected with as many people as they can.

They love that process of sharing energy that is accompanied by the large quantities of communication; these people are amazing in every form of communication, and oftentimes they find a job that is related to such area.

It is clear that those who have Destiny Number 5 are such personalities who love change and love meeting new people and making new friends.

They seek change in life and love diversity and change in their natural state, and this may also be the cause of many problems that these people have, but they do not mind, because they are comfortable of whom they are, they are secure in this sense, and there is nothing or no one who can make them doubt.

All in all, very favorable Destiny Number. 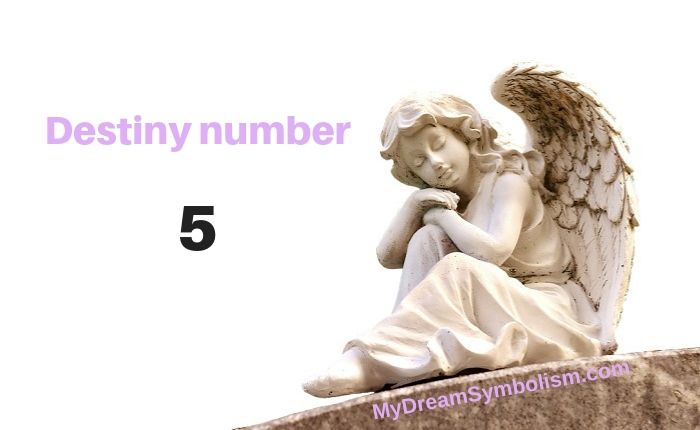 The Symbolism of Destiny Number 5

Now, we need to find out why these human beings have such an interesting personality, and the answer lies in the fact that their symbolical ruler is planet Mercury.

Its impact could be seen in the fact that Mercury is the planet that is in charge of movement and communication, so it is no wonder why these human beings act in this direction.

If we want to tackle some more in the world of Mercury planet, we must say that this is the space object that is the smallest in size, and it is the closest planet to the Sun, and it radiates light and warmth.

We must also add that Mercury, in a symbolical sense, connects to the fast replies, for its shifting characteristics, and excitement. All of these traits are clearly seen in the character of the people who gave Destiny Number 5.

Mercury is in charge of the sensitive regularity, communication, knowledge and capacity to learn in life, and if you look at lives of the people who have Mercury as their symbolical ruler, you can see that they are among smartest and well-educated people.

One more aspect that we should speak of here is this – Mercury also brings people that are under its impact to develop the need for over the top change, and for that matter, they can be risk-takers, and it is not a bad thing by itself, but unnecessary risk-taking is never a good idea. They need to know when to stop.

Caused by this Mercury nature, they love to be involved in risky business (they often succeed, but when they fall, it is a big fall, by rule), gambling, and often they take such actions to the extreme measures.

Also, as a consequence that comes from the symbolical ruler of the people who are Destiny Number 5, is that they adore material well-being, but they do not bother about pay or satisfaction – they can also become human beings who are questionable, dangerous, tricky and sometimes dishonest. But they are funny and love to have a lot of fun.

Now, you may think that those who belong to Destiny Number 5 do not have any issues in their lives, but the fact is that no one is perfect and that they also have their issues, among many other things, they are human beings lack discipline and, in this sense, their lovers will suffer immensely because of this.

Also, they are human beings who are in a desperate need for freedom and change, and this tendency to have an adventurous life is not for everyone since such a tendency is so hard to control, and it can lead them down the wrong path.

These people can also get into major trouble whenever they enter a phase in life to risk, in love, this is not such a great idea; they will be those who will suffer, and they will be unhappy, all caused by their actions.

The bad thing about such persons is that they are too curious, they must know everything, and they stick their nose everywhere.

Sometimes they can act like little children, to be overly proud and overly angry; and love cannot work in this way, at least a serious relationship that they want to have.

In love, those with the Destiny Number 5 want to seduce, and above everything else, they want to feel valued. If they feel trapped, they will run away from and find happiness elsewhere, they feel comfortable when they change things, and this is not for everyone.

Destiny Number 5 in other fields of life

When we speak of their work, and other areas of life, we can say that for them the best possible job is the one where they can act freely, and where they can risk, preferably in some calculated manner (so, for example, the stock market is a good option for them to work in).

Above all things, whatever these people do, they are very confident, they have a free spirit, and they love it when they are different every day.

They like to be involved in several things at one time, and you can see them working many unrelated jobs at the same time, and it is not uncommon to take some time in doing nothing before they decide to do something that is their own creation.

These are people who are multi-talented and possess a variety of different abilities, from which, many of them can successfully monetize.

They are very good with words and can motivate other people.

Therefore, they are well suited to vocations such as sales, promotion, investing, performance, medicine, science, and any other business that requires travel and verbal skills.

They will be great presenters and entertainers if they decide to get in front of the audience.

So, now you know that those who have Destiny Number 5 as their number are considered lucky people, with one negative note – they can be risk-takers with the tendency to act exactly.

They know how to be nervous and angry, and that damages their nervous system, often you can see them having some bad habit that they cannot get rid of very easily.

It is recommended for them to practice sports, or to get involved with meditation or practicing yoga. They need to make their strong energy become positive and useful, and this is possible since these beings have that inner strength to make things better and lives prosperous.

People with Destiny Number 5 are doing well in managing things, they can are knowledgeable, sensible, charming and love journey and venture of any kind, and for that matter, their life turns out the best when they can have a lot of this adventure in life, even in their work.

In the end, we must say once more that they are natural-born speakers with the ability to entertain the crowd, and they truly have many interesting things to offer to those who listen to them.

People with the Destiny Number 5 adore to be involved in exceptional creativity, they talk gracefully, they are skeptical, delicate and easily could be drawn to paranormal aspects of our Universe, and they see this as the easy way of assisting humans in need.

This is the process that helps them get to know others and to get to know themselves, but this does not exclude their tendency to live in a material world, to decide with their ratio, and to nurture their analytical nature; never stopping risking and taking all chances that come in their way.

Having balance and maintaining that balance is the best possible way of life, for these interesting human beings who have Destiny Number 5.