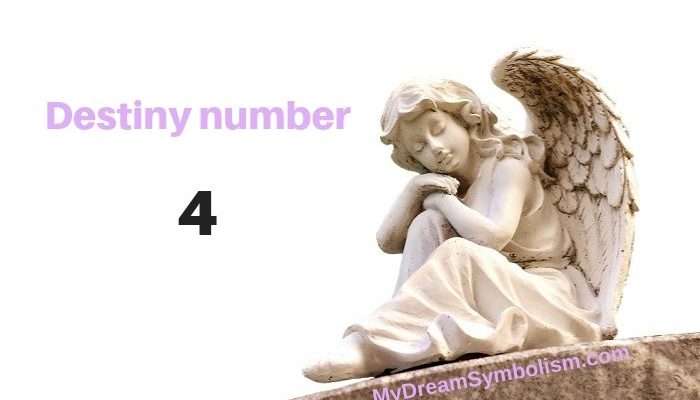 The key for deep understanding numerology and all that is related to it, we must know one very pronounced fact – this numerical science works in such way that by knowing its vibrations you will know how to open your inner beings and the aspects that are often hidden behind external concepts and expectations that are faulty and incomplete.

This comes from the fact that often times, our own perceptions of ourselves are necessarily limited and are bounded by logic and the thing we want to explain and put in some box.

But, you are aware that such insights cannot truly contribute to the analysis of the real nature of events in your life; cause such insight and observation is conditioned by our subjective attitude and “processed review”, which influences the final creation of opinions about ourselves.

Numbers, on the other hand, can give us something else, it can give us all of the above and much more, without any boundaries to match; and today our attention is focused on the people whose Destiny Number is 4. What does it say, and how can it understand the best, read in the sections that follow.

Once again, we will not say if this numeral is good as Destiny Number is positive or negative, cause just like humans are good and bad, and can act in both ways, the same is our fate.

Now, the main issue here is the fact that these people are in some ways, very rigid, and that they must, by all means, practice to negotiate with the difficulty that happens with an immediate transformation in their experiences.

This means that these humans have such character that they are not such fans of a change and have a problem in dealing with it, so it is a somewhat negative trait. That could be altered, of course.

In their lives, growth can come just through a change, but for them,  these unexpected variations happen and finish the whole section of ​​their days – their life converts into something that is difficult and unpleasant (as they see it).

Also, those who belong to Destiny Number 4 love to live in the comforts of existing in luxury, but it turns out that they are perpetually craving something else something more than they have at the current moment.

Still, human beings who have Destiny Number 4 as their number that depicts their nature could become insurgents, associates, observers and shadows.

Their lives can be intersected with uncertainty, confusion, resentments, envy and important projects that take a long time to achieve. It makes them operate arduously, but when they do it, then their growth is beyond compare. 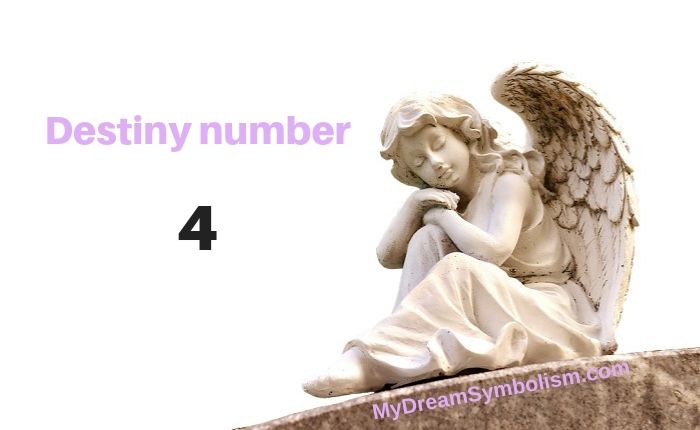 The Symbolism of Destiny Number 4

Experts say that two ruling planets, in the form of symbolical rulers, of the people who are Destiny Number 4, are so-called, Rahu and Ketu, with the dominant ruler Rahu.

These two planetary objects are connected to the lunar aspects, and in a symbolical sense, they reveal the fundamental dual creation of human beings, and another aspect that is relevant is that they could not be seen just like all other objects, but they are viewed when the level of the Lunar circle throughout our planetoid meets the face of the ecliptic stars.

So, these two planets relate to the Moon, and in this way, they bring similar characteristics to people with Destiny Number 4; and it brings strong but changeable impact on personal feelings.

Rahu is an intense and devastating energy that operates essentially on a pure spiritual aspect – so it is no wonder why these people can often turn to such life (purely spiritual or they can show interest in such life, and topics). Such intention often comes after difficulties and break downs, etc. – but this should be seen as blessings, not a curse.

These planets are, as some say, bad symbols, progressive in characteristics, under fluctuations, share a major love of life, but it also can give a major dissatisfaction.

Also, it could be said that such an influence from a symbolical point of view is not so direct when we speak of the other lunar planet Ketu, but it is also very necessary.

Also, their meaning and force build a whole variety of sensitive actions, and they require getting to surmise each other well.

All in all, both of these planets have the potential to get involved in emotional states of people, giving them versatile and tender feelings, that sometimes can be a problem for their functioning on a daily basis, but it can also make them creative and artistic souls.

In love, people who have Destiny Number 4 in their lives, can become pretty restless to have love and to obtain something that they can hold on; and also it brings impatience and moody feelings that change very often.

Their feelings come from ecstatic to the deep depressive moods that can last very long in their lives, and enable them from growing in an emotional way.

In times when they have to balance both family life and their business, problems occur – they are just unable to make everything to work, only if they work hard and have a clear focus.

Because of this, people who have Destiny Number 4 can meet late happiness in their love life, right after they have succeeded in the business, or what is that other aspect in their lives and important to them.

In the most negative context, family and personal life are not good, if they let their over-emotionally rules over everything else.

The most negative scenario is when their love life can be destroyed by their selfish, suspicious and mysterious nature that can come as a problem in their lover’s life.

They must work very hard if they want to make something good out of their lives and to have stable relationships.

Destiny Number 4 in other fields of life

In their lives, there is no doubt that they have many chances to progress and have a solid success; there are numerous talents that they could use, but this is not guaranteed for them.

They often have opportunities to advance, but their own suspicious nature forces them to miss such opportunities – often people who have Destiny Number 4 think that a certain opportunity is not good for them, so they wait for the next best thing, for the perfect thing (that never comes, so they keep waiting).

If and when they find what they want to do in life, problems do not stop; these people can be burdened with heavy responsibilities and duties and have no choice but to deal with them. But this kind of problem is not a death sentence, but could be seen as a blessing! It can pull out the best out of their personality and character.

In the best-case scenario, people who have Destiny Number 4 have so much endurance and energy, and their work is rewarded by amazing rewards.

They can make money in many ways (even can be overpaid for certain jobs they do), but they consume it regularly and do not feel guilty about it. If they are not consciously knowledgeable of indulgence, they will have to work hard later to make ends meet, but this is nothing new for them.

In the opposite direction, these emotional but at times, strong human beings do not appreciate what they deserve, but they are constantly faced with criticism and opposition. This makes them suspicious and overly cautious; it forces them to separate and feel sad and lonely.

In so many ways, you have probably got the impression that people who have a Destiny Number 4 are not lucky human beings, and in some ways, you are right.

But every failure can be a seed for progress, and why have dissatisfaction, when you have the opportunity to grow in so many ways. And their progress is not a task that has no basis, because they have so many talents, and are very creative people in general.

Those types of people can creatively make magic out of their lives, in every aspect.

The negative aspect is that these people are rarely satisfied with their work and are always trying to find some better ones, and they avoid many opportunities that come to their ways, and they are waiting for that perfection that will never come.

Very often, Destiny Number 4 changes their jobs or do not have any job at all, for a long time. Maybe the best way is to work as freelancers, in terms that they dictate.

Also, human beings who are Destiny Number 4 usually (or very often, as this is not their habit, more their character) have to have a goal to deal with, in the form of an enemy, but the part that disturbs is the fact that that enemy is usually secret or even invisible to all but them.

They are actually drawn to such competitors because of their eccentric character, obstinate judgments, decisive but obscure purpose and because they do not support enduring traditions and commands.

These people do not like to be lead, but this also does not imply that they love to leaders; working alone is maybe the best solution.

One more thing for the end of this piece – people with the Destiny Number 4 are not quite capable of making quick decisions, even if they are aware that sometimes they have to act in such way. In any case, these people have a lot to learn, but if they do, they can reach greatness in life.