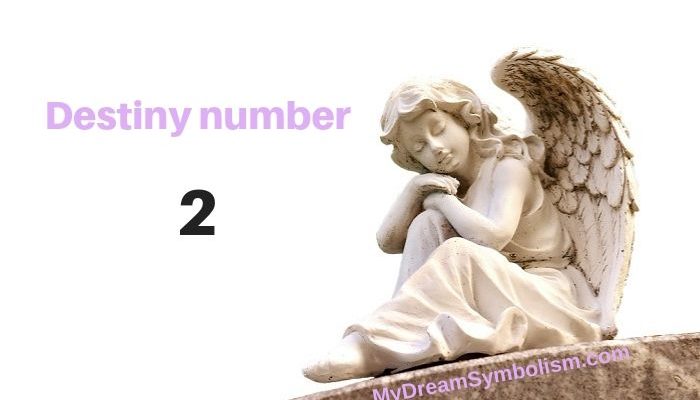 Many life events that we found that are life-changing and that can determine the course of our lives could be, as the numerology claims, predicted with the knowledge of what numerals mean.

If we found out what our Destiny Number means, we can find out what is the way to have harmonious connections or relationships in life.

If you know what our personal Destiny Number means, such a piece of knowledge will allow us to free the chapter of our lives and determine many features of our own fate.

Today we are dedicating our time to the people whose Destiny Number is 2, and we will try to look at all aspects that are relevant for their personal growth, struggles and talents and possibilities that they have in front of them.

Read all about them.

Some will argue that as a Destiny Number, two is not such a good number, but the thing is much more complex than it seems. Numbers are not good or bad as they are, but they can carry diverse aspects that could be used in one way or the other.

Its impact on the person who has such number as Destiny number is particularly strong: it brings spiritual and psychological progress, which gives people a sense of confidence and the ability to leave a mark on the world. Those who have such number are seen as something special, but their path is not an easy one.

But the person struggle comes in the life of these people in times when they emotionally come at the forefront of their life, and it can make their inner life hard, even miserable.

At times, they can, even if they are aware of their powers, lack determination and piling up of doubts where to go and what to do in life, and often they feel like they are on the crossroads and always doubt their decisions. 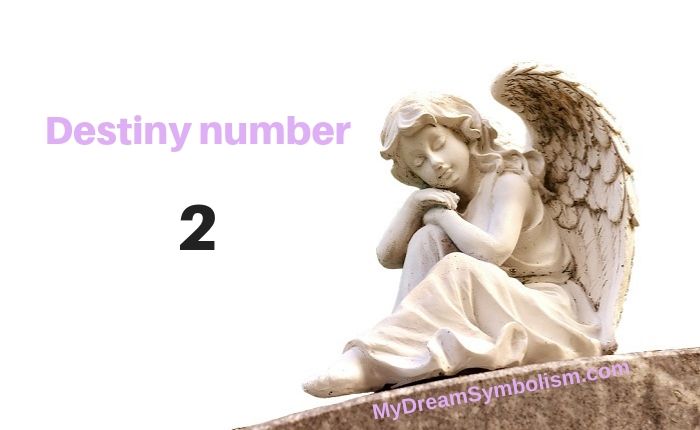 The Symbolism of Destiny Number 2

From a symbolical point of view, we must say that the Moon is the main ruler of the people who are Destiny Number 2, and this is a very relevant symbolical aspect to know, because it can reveal so much.

Just like the Sun, the Moon is also important for the residents of the planet Earth, in every sense, it affects our mood, emotions, personal relations, etc.

The Moon mirrors light within its reflector, which consists of a particular matter, and this is the matter that follows daylight, attaching to it the colors and tones of knowledge that have a medicinal influence on our planetoid.

So these people are very interested in the way the Earth functioning, and in everything that it can give it to us in some way, in its healing and medicinal purposes, they want to help people and make them heal as much as they can, and this is the purpose they want to fulfill.

Some name the Moon is connected to the world “juice”, and in this sense, it is the substance of life and those who are Destiny Number 2 should dedicate their lives to revealing this substance and making it creating it in this force.

The Moon is not only a solid foundation fashioned of scraps of power but also the power that provides the world of names and applications. Such lunar power is maternal and productive.

The Moon itself could be a spiritual transport that performs this power available to Earth. This force acts on our creative, thought-provoking and inherent nature is understood as the being.

In this way, these people with the Destiny Number 2 are described as human beings who are imaginative, receptive and versatile – they can become anything they want, and even more, they can be the best in their game, and make other follow they lead, even if they are not leaders by their nature, they can become if the circumstances are such.

It is a known fact that people who belong to Destiny Number 2 are very emotional and that they live to love – they may be too fragile, but they love to be in a good company, and to enjoy the time they have to spend with their lovers.

Above all, they want to give love, as well as to receive it, but they are not so easy to love people, they can be moody as well as difficult.

If they come in some mature years in life and find out what they want from life and love, these people who are Destiny Number 2 can develop a great sense of confidence, and this gives them precision and style, they can become to be very desirable lovers, and are often very attractive for potential partners.

Very often, these human beings leave their current lovers if they feel that they are ready for a change, and they suffer along the way very much, but it is just their true nature.

Also, those who belong to this Destiny Number have just a few good friends, and if the positive circumstances and clarity of understanding are present in their lives, they act very confidently and do not doubt themselves and their depictions in love and interpersonal relations.

Under these conditions, they achieve miracles in every area they deeply devote themselves to, and love area of their lives take one very high place in life, maybe the primary position, cause emotions are those that rule human beings whose Destiny Number is 2.

There cannot be any denial regarding this matter, those human beings who have number 2 as their Destiny Number adore their home and family, even if that family is in many ways unorthodox and unusual for the majority of people.

They are full of interest in the household and have strong family ties. In some ways, if this aspect of their lives is not good, they can be insecure and not very successful in love experiences.

Destiny Number 2 in other fields of life

Even if the people who belong to the Destiny Number 2 have numerous qualities, they can struggle in their careers, not because they do not have any talents, but because they are full of doubts and can be scared if things are not going into his direction they want.

Even more, such an attitude can go as far as they are, even if many people depend on them, and there are certain expectations of them, to postpone important jobs, meetings and talks to stay in good company.

Businesses suffer because of their dependency on others, love for a good partnership, emphatic vibes and friendship – sometimes they can neglect everything for their love affairs and their flair for a good time, and this is a shame since they have so much to offer.

But on the other hand, if they have some solid support, these human beings can make the best out of their lives and can succeed in everything they do, mostly in some creative jobs.

Their Destiny regarding their purpose and careers can face many ups and downs; opportunities slip out of their hands just as they grab. They are often helpless because they feel like they are the victims of unpredictable change, but this is such a paradox since these people are those who know and love change, but oftentimes they cannot find their true change, or in some way, they did not make peace with that change.

It is truly important that these people have a good family life, and to have that balance if they want to make something of it of their talents.

Every other scenario is not possible for the people who are Destiny Number 2 – the Moon, as their ruler, makes such a difference for this mater, and they should accept their emotionality as it. It can become a blessing, never a curse and a burden to carry.

If we want to sum up the character of these people, we will say that they can be called the lunar children, and they are those who have very a strong intuition and many talents, but also this can be their biggest demise.

If they are able to listen to their inner voice and get educated, they can become honorable and hardworking human, and many will love them. Often they can become very successful in social position.

It is very important to be connected to other people who can understand their emotionality and moodiness, and from that point Destiny 2 people can build something out of their lives, that will make them strong and able to bear with numerous problems that their fate is carrying for them.