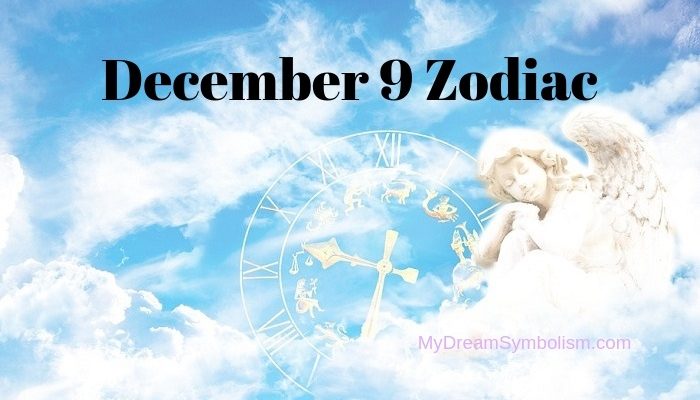 Being a numerologist or an astrologer means that it is a person who must perfectly know the secret of the meanings of the numbers, the effects of the planets, as well as the numerous hidden signs and symbols that contain material nature.

This is the reason why we covered all of these topics in our analyses of certain dates so that you can get the all the necessary information about yourself (or someone who you love) when you need them.

Although in many segments numerology is much easier than astrology, it is still not, in any case, its surrogate or just an instant technique for quickly and easily defining human destiny.

Today we are examing the personality and character of people who are born on December 9, who belong to the Sagittarius Zodiac sign.

You know that time when you see a person who is looking into deep, whose eyes look at some far direction, who is love in nature, and who is active and gentle at the same time, and who seem fierce like any other -be sure that you are looking at person who is born on December 9.

These people undoubtedly have many fears, but the difference between them and some other people is that they are dealing with these issues maturely. They can realise that these fears are unfounded; that all the troubles come from them and that everything that is possible to do to overcome such tendencies should be done.

These people can change their attitude of the mind, and at the same time live an active social life; take care of their loved ones. When they can incorporate these changes their body and mind are in a perfect balance.

Finding balance can be the ultimate goal for these people, whose lives are turbulent and changeable in many ways. Will they reach it, no one knows, they are unpredictable, but Astro-numerologist often points out that all people who have numeral 9 in their date can start over, in any aspect where they have failed.

They are great humanists in some way, but not because they are too emotional, but because they want to see the change in the world; and because they love people. These people are expecting to modify and adapt to the world, but accept people as they are -this is not an easy task.

These people born on this day are great friends, they will listen to others with respect, if someone seeks their advice, they will give it, and in the end, if are in their power, will help you. Indeed, they will never make your lives harder.

There is one thing that those Sagittarius people who are born on December 9 hate – do not by any chance thoroughly quench them, because, they always have the best possible solution, the smarter solution. 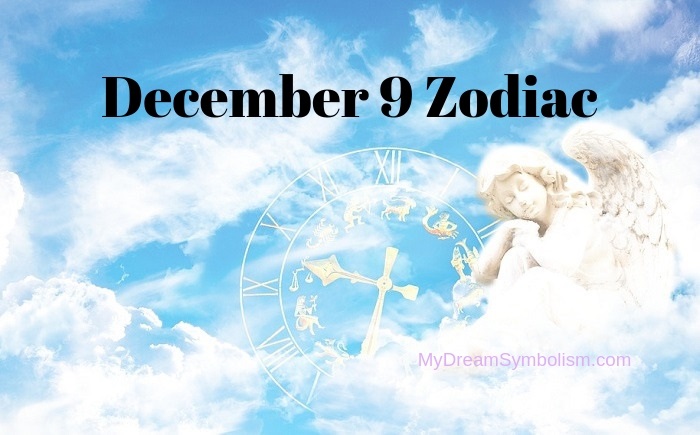 It’s not a good idea to start into a clash with them, and you can maybe win a battle, but never a war. It is known that they should be avoided when they are unsettled.

As far as love comes, these people are those whose head manages their big hearts; and they sometimes tend to be gloomy and depressive in some way, in those times those who are born on December 9 anticipate an accident in everything that happens in love.

Their reservation and distance are not only a defensive system of Sagittarius people, but also a perfect cover up that disguise the disposable energy they possess. Because, they are incredibly energetic, but it doesn’t always translate in the love life, and they can be seen as cold and reserved, even to the people they have known their entire lives. But, of course, people in general, and this implies to these, in particular, are not people who are one-dimensional.

So far, it can already be presumed that complex personalities, they are somewhat reserved humans, but love is especially the terrain where they do not work best. It’s hard for people, who are born on December 9 to come in, and it’s even more challenging to get in touch with people who they actually like and this is mostly true in their youth. But one thing is interesting here -this almost exclusively applies to the numbers of emotional connections because they quickly enter into adventures (as All Sagittarius does).

But, may this be as it is, these people are one of the most desirable lovers, and some representatives of this date have the biggest sexual appetite; in the bed, there is no trace of that restraint that they are recognisable for.

These Sagittarius persons, who are born on the ninth day of December, are practical and energetic, and in some way, they are destined to succeed at work. They have persistence of character and a lively imagination that is on the alert at all times, even when they are far from jobs, and it is something that is in a way pointed to the future and the world of invention.

Those who are celebrating their birthdays on December 9 are always working in a way that they are looking into distant future, and are always hoping that they will be the ones that will change the world forever. We will add that grandiose projects and big ambition can be common characteristics for all Sagittarius people. Just because of this reason, it is helpful that they find a work environment that can follow their pace that is not easy to be developed.

They want to think first of all about everything, make a strategy and then act accordingly, but we must say something, they are not easy to understand by many, at times their ideas are too progressive and out of the regular reach.

They would say that they are working one-way and without feeling, but it’s not true, these people invest their all for the work they are doing at a certain moment. If there is any chance of falling out of the system, no problem, they know the ones that are great to fit -change is a goal that they strive for, in some way.

Number nine is a spiritual and wise number that is connected in a symbolical sense to a people who are born on December 9 it is the number that belongs to the idealists, and they work the best when they know that they are involved in a project more significant than they could ever imagine; they love to be the part of something new and even futuristic.

One more thing, as well as some other dates in December, this date also belongs to the relatively unfortunate date, though not as much as previously mentioned.

Planetary impact comes from the planets Neptune and Pluto, besides the lucky Jupiter that is connected to all Sagittarius people. What this symbolical combination means is that these people may seem indifferent to the eye, as if they did not see and did not feel anything. It is a shame, they are susceptible and absorb all in themselves, as their own and others’ experiences, which after peace and silence are infinitely analysed and sometimes seem to carry in themselves all the wisdom of this world.

Their number is 9, and only 9, it is the numeral that describes them in fullest. And their color is ultra-violet.

Have you heard about the Gothic War? What about Peruvian war? There are many Wars that shaped our world, in some way, and today we will remind you about some events that took place on December 9, so that you can have a complete picture about the energy of this day.

536 – In the Gothic War, the Eastern Warrior conquered Rome from the Ostrogothic Kingdom.

1687 – Franz Joseph I of Austria became the King of Hungary.

1824 – In the Peruvian War of Independence, the forces of the South American revolutionary Simon Bolivar defeated the Spanish army, which was crucial to gaining Peru’s independence.

1905 – The opera “Salome” by Richard Strauss had its premiere in Dresden, composed by the story of Oscar Wilde.

1905 – France passed a decree on the separation of the state from the church.

1917 – WWI: Turkish troops surrendered the British to Jerusalem, which was under Turkish domination from 1517.

1961 – The African State of Tanganyika gained independence within the British Commons.

1978 – The first match of the women’s professional basketball league was played. The match was between the Chicago Hustle against Milwaukee Does.

1985 – Former President of Argentina, General Jorge Videla, and his successor, a member of the military junta, Admiral Emilio Eduardo Massera, were sentenced to life imprisonment for participating in a war against the city guerrilla and political opponents, during which 9,000 people disappeared.

1985 – The United Nations General Assembly unanimously adopted a resolution condemning all acts of terrorism as a crime.

1987 – Protests in the Gaza began the first Intifada, the rebellion of the Palestinians against the Israeli occupation.

1994 – The “Sinn Fein” Party, the political wing of the Irish Republican Army, for the first time since more than 70 years, has begun peace talks with the Government of the United Kingdom.

1995 – The Polish Supreme Court confirmed the victory of Alexander Kraszewski in the November presidential election and rejected the appeal of supporters of his defeated rival Lech Valensa.

1996 – The UN approved the implementation of a long-delayed agreement with Iraq on the sale of limited amounts of food for oil, for the first time bringing Iraq back to the world oil market since the invasion of Kuwait in 1990.

2002 – US airline company “United Airlines” filed for bankruptcy, the largest in the history of the airline industry.

Inventors, and poets; but more importantly some of the best movie artists belong on this list of the people who are born on December 9.

To sum up all the interesting information about people who belong to Sagittarius Zodiac sign, and are born on December 9, are under the major impact of the three planets, as you were able to see in the section about the symbolism – all of this implies that these people are very complex to understand.

But, in some way, if we ignore those bad characteristics, there is a conclusion that these people who are born on December 9 have their own world that is far better than the rest of us live in. It is a world of love, justice and humanity where there is a place for all of us, and they are those perfectionists, who will remain mysterious for some.