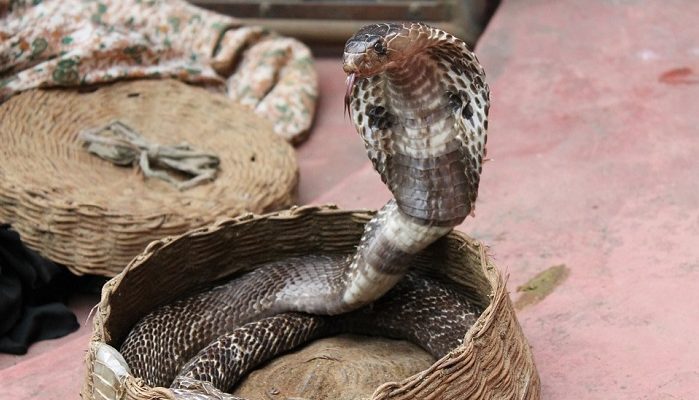 Snake symbolism is very powerful in almost all of cultures and traditions around the world. Cobras are particularly interesting to people living in areas cobras also inhabit, but cobra motifs are inspiring to others, as well.

Snakes, in general, are seen dangerous, beautiful, scary and fascinating.

In addition, these animals are some of the most magical and spiritual beings if we talk about mythology, legends, superstitions and all other sorts of beliefs.

For many people around the planet, snakes represent the infinity of overall existence, the life that goes on and regenerates repeatedly.

Snakes are mysterious beings full of magical powers and extremely strong symbolism, either positive or a negative one;

For others, snakes are representation of pure evil. For example, Christian tradition depiction of snakes is (almost) ultimately negative; just remember the story about the apple, the snake and the Garden of Eden.

According to some sources, some of the earliest snake cults existed in Africa during times long before civilizations had flourished around the world.

One thing is certain; snake symbolism is a complex one. How about cobras? They are special members of snakes’ family. Let us find out.

Cobras are thought to be one of the deadliest and the most magical snake family members. They represent many things, besides danger, venom, death and malice. Cobras are also seen graceful, elegant and fast animals.

Cobra symbolism and cultural significance was the strongest in Ancient Egypt and it is still influential in India. 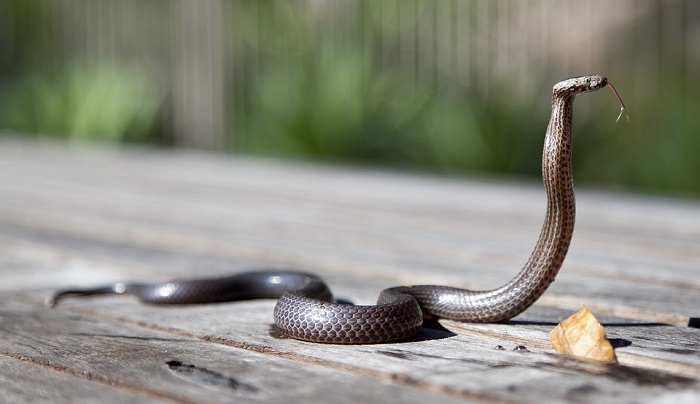 During the era of Ancient Egypt, cobras were considered symbols of royalty and power. Pharaohs’ crowns were decorated with cobra motif.

Egyptians believed cobras possess special powers and had been connected to both life and death.

They are to be seen on furniture and they were common jewelry decoration.

Egyptians believe sun god Ra had sent a snake (‘uraesus’, the motif on rulers’ crowns) to guide and protect the Pharaoh, so cobras were an ultimate symbol of Egyptian royalty and its supreme power;

In addition, female cobras were associated with red-crowned goddess of Lower Egypt, Wadjet. Wadjet was also a pharaohs’ protector and guardian of their power.

Cobras were general seen magical and powerful in Egypt, so their heads were popular amulets. These were worn as protective jewelry!

Cobras’ heads were often integrated within different jewelry pieces, such as rings and bracelets, decorated by precious stones.

These lucky charm were supposed to protect the wearer from evil forces, but also from an actual snake bite;

Cobras are appreciated and feared off in both Hindu and Buddhist tradition. Venomous species like cobras are particularly significant and are included in sacred practices.

In India, there are many beliefs, myths and legends about cobras.

They believe a giant cobra was Buddha’s guardian and protector and they also associate snakes with some of their most powerful deities.

Hindu people believe cobra is an embodiment of Shiva, the god of both creation and destruction. They also associate the god Vishnu with a serpent of thousand heads;

Hindu people believe snakes are immortal spirits and identify cobras with souls of their deceased. Cobras in India represent reincarnation, as well.

Apart from generals snakes’ worship in India, there is an annual festival dedicated especially to cobras.

It is called Nag Panchami and the purpose of the ceremony is to please the mighty Cobra to grant protection to the people.

Why do cobras dance to the sound of fife?

Did you ever ask yourself why do cobras dance to the sound of an instrument? This strange cobras’ habit appears mysterious and magical.

In fact, the truth is that cobra tries to control the charmer. The explanation is not magical at all!

Cobras are completely deaf, so they react to vibrations of the ground, produced by a charmer’s feet, not the sound.

Slow movement of a charmer’s instrument appears threatening to cobra. Thus, by dance-like motion, it tries to control the situation and protect itself;

Cobra symbolism and its spiritual powers are quite obvious. This amazing creature is depicted as dangerous, venomous and deadly, which is true.

However, because of so strong powers, cobras are seen particularly magical creatures with great spiritual potential.

They embody some of the most important concepts and ideas for humans, such as life, death, eternity and reincarnation.

Cobras as totem and spirit animals offer great protection, longevity, fortune and mysterious knowledge. They are not spirits you should make fun about, because they could express their dangerous and venomous side at any time.

Cobra people are particularly intriguing individuals, to some extent similar to Scorpion and Snake people.

They are proud, self-reliant, persistent and determined, intelligent and mysterious.

Cobra people have strong personality and they tend to be extremely committed to their goals. They are organized, determined, focused and ambitious. Cobra people are unlike to give up, even to the point of self-destruction.

They are passionate about their desires, aims and emotions, which might be both good and bad for them and those around. These charismatic personalities are controlling and not easy to deal with.

You do not want to provoke a Cobra person. They could act aggressive and protective about themselves, but also about people and things they hold dear and important.

That makes them just, honorable and loyal friends. Cobra people could either have outbursts of their hidden emotions or act very mysterious.

They are hard to see through. Sometimes, Cobra people are so self-oriented and engaged with their stuff even the close ones are unable to tell what they are up to.

These people often appear dark and mystical, not in an evil way, but intriguing and inspiring.

They are artistic, they have sense of spiritual self and seek for deeper knowledge and wisdom associated with big subjects such as existence, life, death, love, pain and all of the most important concepts for all humans.

Cobra people do not take things for granted and they are ready to stand for themselves. Their character is strong and strict, so other people may want to avoid them.

On the other hand, it seems such perception does not bother Cobras at all.

They enjoy their solitude, although they do not express any form of social anxiety. On the contrary, they do great in social situations, if they are in mood for people.