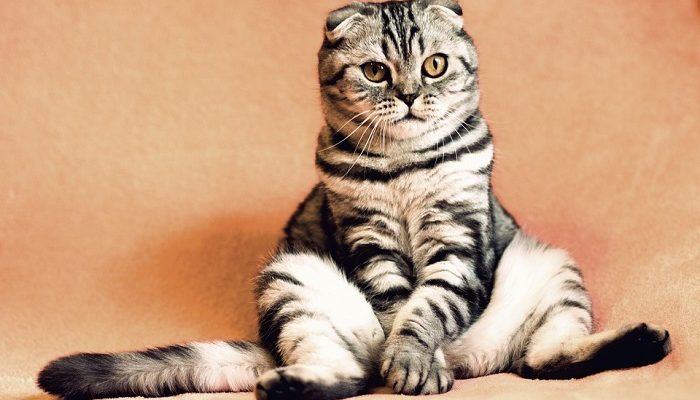 Cat is one of the most fascinating and magical animals on Earth! Its aura is so strong and seducing it enchants not only a single human being, but also everyone else around.

Cats have an amazing energy that completely wins all of their surroundings. Cats, as our pets, are never truly owned by people, they are rather supreme masters of our home and environment. Cats are full of positive spiritual energy, despite all misunderstandings.

Every time this lovely and beautiful creature starts cuddling around your feet, it passes on you its amazing astral powers. If you just turn it down, saying ‘go away’, you literally reject positive vibrations cats emit around themselves.

It is believed cats have amazingly strong astral energy they share with other living beings. However, chasing away a cat that wants to cuddle means you reject that energy, so next time a cat is likely not to give it to you and even take away your own positive spiritual force;

There are many different opinions on cats and opposite interpretations of their behavior, nature and intentions, in a symbolical sense, in the first place.

Cats are either loved or hated by humans. It is hard to stay indifferent to those big, sparkling, magical eyes. Cats possess so strong astral powers they are able to recognize evil forces and keep them at bay. It is believed cats are able to absorb bad and dark energy from their surroundings.

That explains why people admire them and are afraid of them. Cats could absorb all bad energy you are infected by and make you feel better, but at the same time, they could be full of dark energy we would rather avoid;

If you have a cat in your house, you are a lucky person. Cats are extremely territorial and tightly bound to places they consider their own.

They love to sneak around, to run freely and go out and come back whenever they feel like, but they essentially love their home. Cat protects a house it lives in, along with all other living beings residing at the same place.

There are many superstitions and traditions associated with cats’ relation to human home.

Throughout human history, since ancient times to present day, cats have been adored, worshiped, cursed and feared of. They are featured in almost all of the world’s mythologies, religions and belief systems.

They are equally present in folktales and traditional concepts, as well as in popular culture and modern day superstitions. 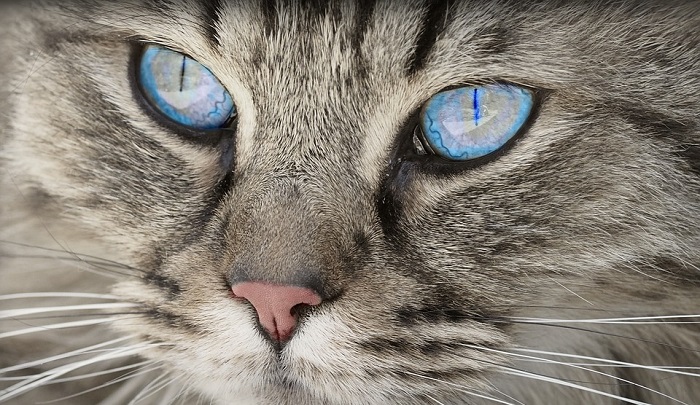 Magical cats and their symbolism

Cats have always been seen magical beings that have some mysterious connection with realms unknown to humans.

They are often associated with the world of spirits, witches, with all sorts of supernatural phenomena, both with evil and good forces.

In time of Middle Ages, Christian religion labeled black cats as bad luck and symbol of evil, associating them with demons and witches, while in many pagan traditions cats were seen powerful deities.

They were adored and worshiped in Ancient Egypt, China and Japan, for example, but there are many more examples.

There are some basic interpretations about cats’ colors symbolism. These are general symbolical interpretations, worth of mentioning if you analyze specific cats’ symbolic meanings.

Of course, the final opinion is always based upon particular cultural concept or a persons’ individual experience. These are most common interpretations of cat colors’ symbolism.

Black cat symbolism – Black cats are synonym for darkness and evil, in many societies. They are associated with occultism, (black) magic, witchcraft and sorcery. These superstitions mostly originate from medieval European folklore; at the time, it was believed witches would shape-shift with cats or transform into a cat.

In popular culture, cats are often portrayed as witches’ loyal companions. However, there are many different views on black cats, as well.

If a black cat crosses your way in Britain, it is a lucky and fortunate sign;

Ancient Chinese folktales portray white cats as magical beings that absorb energy from the Moon. Chinese believe cats are white because they climb to rooftops and steal moonbeams at night;

Ginger cat symbolism – Ginger cats are considered full of Sun energy and masculine power. They are embodiment of the pure Yang force. Whatever gender a ginger cat might be, it brings richness, fortune and warmth to people’s homes.

Siamese cat symbolism – Siamese cats are extraordinary beautiful. They have always been associated with royalty, power, elegance and pride. They were guardians of Siamese temples, always honored and admired. It is believed Siamese cats bring glory and longevity. They channel solar and Yang energy.

Calico cats – Three-colored or calico cats are true symbol of magical trinity: white for virginity, ginger for family, black for magical power and energy. It is believed such cats bring joy and fortune and protect people’s homes from malice.

Cats are beautiful, adorable and almost perfect beings, you must admit. With their big, shiny eyes, gracious and agile bodies, fluffy or silky fur, cats truly stand out of the animal world. Cats are actually full of opposite traits; they are either cuddly or unfriendly, gentle or aggressive, obedient or rebel.

Cats are intelligent, extremely skilful animals, adaptable to different circumstances, curious and adventurous. Cats have been living around people since first days of human civilization, but they were never ever fully tamed.

A cat is a master, not the slave. There are many funny depictions of cats as actual ‘owners’ of their real human owners.

There are so many interesting stories about cats. We will share with you an ancient Chinese legend that completely explains cats’ true nature. So, a long time ago…

When the World was still young and all living creatures had just been born, Gods decided it is time to put some order on Earth.

They needed representatives who would watch over the world in their name and they have chosen cats, considering them intelligent, capable and worth of respect. They equipped cats with the gift of speech and let them rule the World.

Cats accepted these gifts, but they have found it more interesting just to play in the grass beneath cherry trees and enjoy beautiful days.

After a while, Gods have realized the World was still in a complete chaos, so they came to cats and warned them to put things in order. Cats have promised they would do so, but shortly after they were just gone playing and enjoying their days.

Gods gave cats several chances, but the result was always the same. In the end, they decided to take away the gift of speech from cats, give it humans and place them in charge of the World. Cats were essentially indifferent to that decision and they just continued to do what they love the most!

This ancient Chinese legend totally explains cats’ laid back nature, their self-reliance and adorableness. We will just name some of the most important cats’ symbolical traits. Cats are considered:

People use cats’ motifs to symbolically represent all of these characteristics. Cats are either loved or hated for all of these.

You are certainly familiar with that popular division amongst people; some of us are ‘cat persons’, some of us are ‘dog persons’. People who do not like cats usually cannot stand their proud posture and their total indifference.

It is true cats could be tricky. If they are not in the mood for cuddling, it is not unlikely they would scratch or bite you!

On the other hand, cat lovers appreciate cats’ independent and free spirit and like to identify with them.

Cat as totem and spirit animal

Cat people (yes, it just like in that David Bowie’s song!) are amazing individuals. Cat totems are incredibly powerful in spiritual sense.

We have already mentioned these animals have always been identified with forces and energies humans could hardly explain. Cat totem is mysterious, very independent, magical and truly valuable.

If the Cat guides you, you are an extraordinary individual. Let us see what main Cat people traits are.

Cat totem people share many qualities with their powerful and magical spirit animal. Gracious and mysterious cats embody some of the most desired traits for people. Cat personas are:

Cat individuals are very self-reliant. They are not suspicious about other people’s intentions, simply because they have extremely good intuition and they naturally prefer to rely on themselves.

Cat people would gladly hear others’ advice or opinion, but they would always make the final decision based on their own attitude about the matter.

Those people are successful in their careers or other aspects of their lives. They have strong will to achieve their goals, but they are not overly ambitious, because they do not care much what other people think about their social position or else.

Cat people are imaginative ones, which is connected to incredibly strong mystical and spiritual energy Cat totem offers them.

They are able to go deep in exploring spiritual and imaginary realms, from where they draw their huge creative energy. They often engage with creative projects, such as music, design, art of any sort.

Cat people are usually recognizable by their elegant, stylish and classy appearance.

People born under Cat totems are of a calm, relaxed and playful nature. They love to spend time with friends and make jokes.

However, if you provoke them, Cat personas would never hesitate to hit you back. They are not easily offended or hurt, because they would never even let you try. Those people are incredibly charismatic and inspirational.

Sometimes, they look mysterious or dark, but in a way that it attracts others’ attention. They are certainly intriguing individuals.

Cat people are complex and interesting people, very intelligent and with many amazing talents and qualities. However, some negative aspects should be mentioned.

Cat totem is powerful, but could sometimes misguide you.

There is an old and planetary popular quote about cats. It says ‘curiosity killed the cat’.

Well, it is also believed cat has nine lives, but why should waste them away?

Cats are curious animals and Cat totem also possess that trait. They would sneak up literally everywhere and get themselves in dangerous situations. Cat people are also curious, adventurous and risk takers.

Just slow down and always carefully examine situation before you act! Cat people are so self-confident and independent that they sometimes forget others and neglect their obligations.

That makes them unreliable, which is not a trait to be proud of. They are also very self-oriented or narcissistic, which could make them repulsive to others.

Take your cat totem lessons with caution and polish your amazing cat skills to perfection!