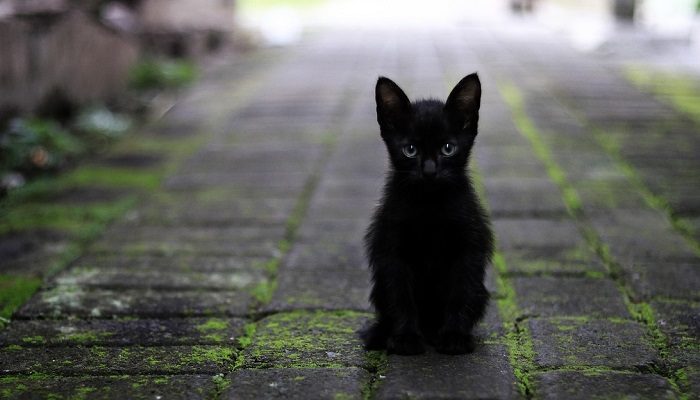 For the most part, the cat is known as an ungracious, selfish, indifferent animal with ruthless coldness.

We can safely say, traitor, in short. And often do you know what it is associated with cats? This animal was always linked to the female figure. Have you ever dreamed of black cats?

In the common imaginary the black cat is associated with evil and is seen as a “bearer of bad luck”, but this is not always the case. Very often it wants to bring attention to the body and its needs.

Dreaming more black cats means that this sense of need is multiplied and the presence of many cats does nothing but emphasize this state.

Plus it connects to the parts of your renegade personality, to the absence of rules in the area of ​​physical pleasure and sexual drives. In any case, a black cat indicates all that is extreme and far from what others judge to be acceptable.

If you dream of small cats it means that you have a parental bond with the little ones of the family, while if you dream of them dead or wounded you can interpret it as a moment of affective solitude.

By chance are you suffering for love because someone denied you its presence?

If you dream of newborn black kittens it means that if you are a shy person and you must give free rein to your instincts. If you dream of black cats quarreling, it is a sign of an inner conflict or a person close to you. If you dream of being attacked by one of them, it is likely that a woman you know is harboring anger towards you.

The symbolism of the black cat linked to the ill-willed is so deeply rooted in common thought that very often one does not undertake to find other interpretations.

For everyone the black cat reflects moodiness, anguish, change or mourning. In short, black cat brings nothing exciting on the horizon. The Egyptians considered these felines to be sacred. One superstition that is always linked to black cats, is the situation when the black cat crosses your path.

Spiritual meaning of black cat crossing your path is usually negative and it is the rule applied in almost all cultures. 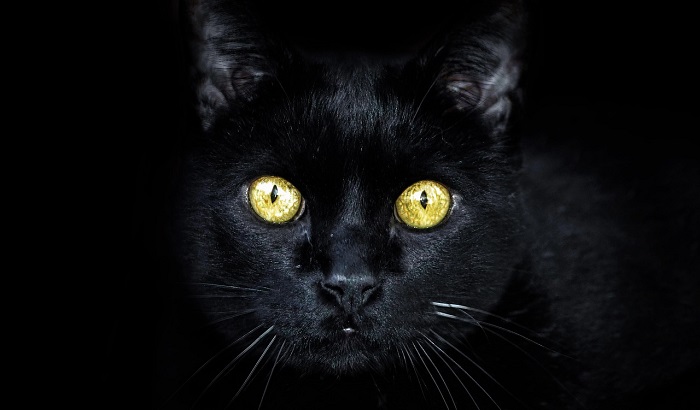 The cat in dreams is a symbol that can have various meanings, both positive and negative. In fact this animal is rather elusive and mysterious: wary, sly, ironic, look at everything with the detachment of those who know that it is enough for them.

However it is not a selfish animal, because it can also give a lot of affection, but only to those who want him, and when he decides.

It is curious, playful, sometimes funny; but certainly agile, lithe, elegant, lover of pleasure, comfort and cleanliness. The cat is a philosopher animal: it seems to have understood everything about life, and knows how to enjoy it.

The cats were revered as sacred animals in ancient Egypt (cult of the goddess Bastet), while since the Middle Ages, they were considered satanic animals, friends of witches, and as such persecuted, especially the black ones.

The superstition that black cats would bring bad luck is still widespread today.

If you dream of a cat, the correct interpretation also depends on whether you are a cat lover or not. If you’re not, probably this animal in your dreams has a negative function.

Meaning of the cat in dreams

The black cat in dreams can generally represent this as well:

Femininity: the cat, mysterious and elegant animal, in antiquity was associated with the cult of female deities. In dreams it can represent the concept that you have of femininity in general, or a very precise woman.

According to the Freudian interpretation, the cat in dreams can represent female sexuality perceived as dangerous and castrating for man.

Sensuality, seduction: the cat is a sinuous animal in movements, sensitive, loves contact, likes to be caressed, and makes you understand by purring. In dreams it can just represent sexual energy.

Independence, power: the cat is a self-sufficient animal, loves to be on its own, and always chooses in total autonomy.

Intuition, creativity, mystery: for the fact of seeing even in the dark and loving the night, the cat is considered an animal in contact with the world of the unconscious and with the most mysterious forces and nature.

Dreaming of a cat can be an invitation to listen to your instinctive and intuitive part.

This can happen in particular to women; in fact, women in modern society often have to sacrifice their feminine instinct to adapt themselves to a world conceived as masculine and governed by rationality; the cat appears in their dreams, especially in certain periods of life, such as pregnancy, to remind them of the need to reconnect with their own profound feminine instinctually.

Malice, deception, deception, fiction: the cat is often seen as a cunning and mischievous animal, able to disguise and make fun of; as such it appears in many fairy tales (like the one in which one pretended to be dead to catch the rats more easily).

Dreaming about your cat

If you dream of your domestic cat, it is likely to represent yourself, or a person you are much attached to (for example, a child).

If you dream of losing your cat and failing to find it, this indicates your need for freedom and independence. If you dream of your dead cat, surely the dream will be of comfort and consolation.

Black cat in dreams could be associated with your need for independence and rebellion against too stifling impositions.

Or the black color could emphasize the connection with the mystery and the unconscious, and therefore be an invitation to open yourself to this dimension, to trust you more than your instinct.

White cat: innocence, purity, tenderness, novelty. Maybe something new is happening in your life, and you feel a little helpless. -> White color

Gray cat: gray is a neutral color that generally represents detachment and attenuation. A gray or tiger cat, however, is auspicious because it usually transmits wisdom and tranquility.

Red cat: The red color can emphasize the sensuality expressed by this animal in the dream, or it can represent your desire for freedom and autonomy.

Dreaming about a lot of cats

If you dream of many cats, or you dream of them often, you probably need to strengthen your independence and confidence. It can also indicate a sudden ‘awakening’ of your instinct.

Continuing to dream about cats and being afraid may indicate non-serene relationships with the female gender or with your femininity.

Dreaming about cat and kittens

For pregnant women, dreaming of kittens and other baby animals is very common: they are images of the child who is about to come into the world and of the tenderness that the mother feels for the unborn child.

Otherwise it can indicate your desire to tenderness, to play, to be carefree.

Dreaming about a beautiful cat

Dreaming of an aggressive cat

If the cat is biting, scratching, aggressive, hissing, this can be an image of an aggressive, voracious, selfish (or perceived as such) femininity: Being afraid of a cat that jumps on you angrily perhaps indicates there is some aspect of femininity that scares you, or maybe you have had not easy relationships with the female sex.

Dreaming of a stray cat

Dreaming of a wildcat, attacking you, angrily, or almost like crazy or possessed can also be a means to make you understand that you absolutely must listen to your instinctive side, because you have neglected it too much.

Hurt, sick, or dreaming of a wounded, battered cat can indicate that you are going through a period of inner problems: wounds, disappointments, negative moods can be cause why the cat appears in poor physical condition; for example: a stray cat, hairless, with fleas and ticks, lice, etc.

It can also indicate a period of weakness (physical, moral, spiritual …), loss of autonomy, and lack of creativity.

If in your dream you see a tortured, poisoned, mutilated cat (without tail, without its paws), hanged or drowned, this indicates you need more freedom, you feel mortified and dejected.

You need cat that meows that cries that speaks and wants to draw your attention: maybe it’s an invitation to listen to what your intuition is trying to tell you for a long time; let this ‘voice’ talk to you more.

Dreaming of a cat speaking to you

The cat that speaks with a human voice is surely transmitting an important message; even if the meaning is not clear to you, in the future, you will understand it

Dreaming of killing a cat

It may indicate that you dislike your feminine side, or female sexuality, because it frightens you and you feel threatened by it.

If you dream of a dead cat, this may indicate that you feel limited and oppressed, you need autonomy and independence.

The same is true if the cat was killed, murdered, or fell from the balcony.

Dreaming of a big cat

But it could also be a good omen if the cat captured prey after fighting for it with other animals (with other cats, with a dog, etc.).