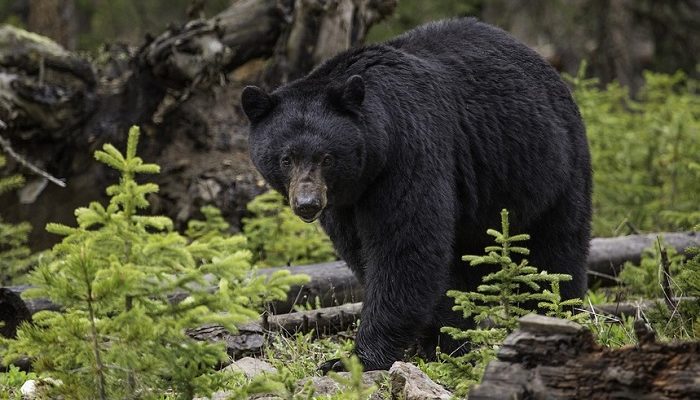 Dreams that have a motive an animal are not as common as you may expect, maybe only dogs and cats, and sometimes birds.

It is said that in the majority of cases when an animal appears in a dream world, the main feeling that predominates is essentially fear in its purest form.

But, just like we can learn from our dreams, this fear could also have some form of educational purpose, so the dreams in which we are afraid are not so negative if we know how to use them for our benefit.

This is particularly true if, in a dream that we have, we see an animal that is a treat in real life – like snake, wolf or bear.

The question is do such dreams reflect the danger that we may have in our everyday lives, or reality will serve us something different after such dreams?

The Dream is always interpreted, taking into account the everyday life and the problems that the dreamer faces. Of course, the interpretation of the Dream is different for people of Western civilization and for persons who live or have lived in the Far East, Africa or areas where such animals are otherwise found in nature.

So for example, if the person who “lives” in some way with wild animals, they would have somewhat different symbolical value for those humans. This comes from the fact that dreams often depend from our personal background and our way of looking at things.

Meaning of a Black Bear in a Dream

These types of bears are most active in the nighttime, and against the common meaning they do not eat so much meat as we think, but they love plants.

They also sleep when it is winter in holes beneath dropped trees or in undercover cells.

Although Black Bears rest a lot, they frequently shake and come out in the middle of their hibernation – some say that they seem much harsher then they are, while others claim that these are the strongest bears of all. 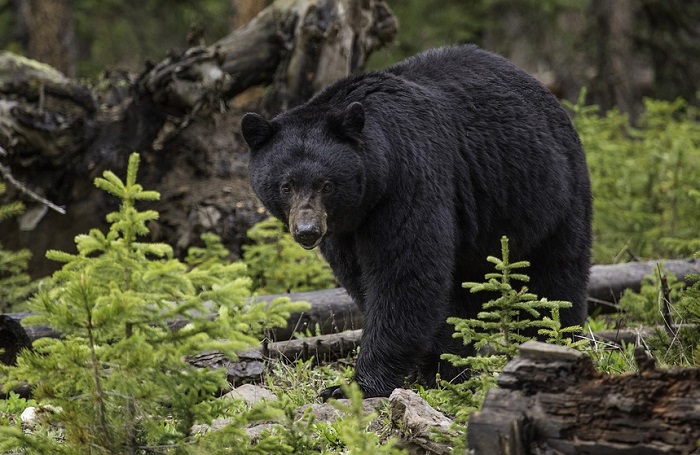 If we want to look at things from the perspective of a regular meaning, they such Dream may indicate some form of a win when stakes are high – this meaning is quite good and implies something positive.

This meaning is implied in the cases when you just see a bear in your dream, regardless of his actions and his looks, color, etc.

On the other hand, if you saw a “brownish” or black bear in a dream, such a dream indicates that you are a person who strives for position and power and that you are always ready to fight for control and influence over others, and even because of some of your characteristics.

As you can see, such a dream is deeply connected to the realm of your job, or in some deeper sense with your purpose in life.

But in the dream symbolism black color is the one that indicates energy, sophistication, ceremony, darkness, destructive tendencies connected with the terror of the unfamiliar.

Such a dream about the Black Bear is always connected in some with power and struggle that comes with it.

The Symbolism of a Black Bear in a Dream

Now, we could all agree that the bear, in general, is the representation of energy, strength, resourcefulness, but also the risks and demand for resistance and means a fight for its survival, as well as someone who is able to endure thanks to its capacity, durability, and even brutality when needed, and beat to slaughter opponents, or those who are more vulnerable or both unarmed and less capable and courageous then the bear.

But on the other hand we must speak that the bear is the symbol of the subjects that are chased, hunted and they are often the confirmation that they have weaknesses and that the people who beat them are strong, brave and know how to risk (not just that, they know how to achieve their goals).

Some say that the Black bear shows human desire to be completely independent or to be in the centre of attention – to show who he really is, regardless of the expectations.

Not in the sense that something bad is going to happen, but more in the sense that you must reevaluate your life, and in particular the relations that you have in your workplace. Probably you are not a favorite of co-workers or friends because you are not someone who loves and wants to share and give, but you are unscrupulous when you want something else, and at any cost, you will succeed in everything you have in mind doing.

This is ok, but there are lines that must not be crossed by any means, and the brown bear that appears in your Dream is the signal that you may be ready to give it all up for something that you cannot resist.

Do not show that you are a weak person, who can be defeated, not because it is not powerful, but because it cannot control its strength.

In some negative context, we could say that the Black Bear may refer to a rich and powerful enemy, probably an opponent or rival. This is an indication that you will probably have an argument with a friend soon. They are usually a sign of violence in reality.

What to do if I had this Dream?

It is not uncommon for people who recently entered into some risky businesses that put their assets and your family’s existence at risk.

This time you will be more fortunate than remembering that there may not be a guarantee for the next venture where you can lose everything.

This is the Dream that potentially these people could have.

It is quite possible that you feel fear, stress, worry, nervousness, anxiety, situation under control, aggression when you had a dream that includes the Black bear.

But you need to try to breathe and relax so that you could deal with the real cause of your troubles.

In the end, such a dream could be sum up to one glorious message – dreams of a brown bear are different from any other dream about bears.

This is the Dream that, besides other things come to the people when they need help, in a sense that they have lost their inner voice, and their senses are not working as they should work.

The Black bear in your Dream, depending on another aspect of the Dream, could be a sign that you are a little lost so it can become a leader on your quest for sharpening your acumen, including emotions, not just power.

The Black bear the strongest of them all, in your Dream has the purpose of identifying, recognizing and enabling special experiences that we may differently minimize.

Free whatever keeps you back and encompass its wisdom that he has in his nature, because he is the beast of nature.

It must be said that the Black Bear because its color that implies grounded and positive traits can come to your Dream when you need to linger floored and step on the firm ground – the basis needs to be firm.  And in some spiritual sense, the Black Bear can help you get your perspective and pace into any position with force and trust.

But one thing needs to be said – this is also the representation that in you there is a major strength that must be tamed or you could make some problems.