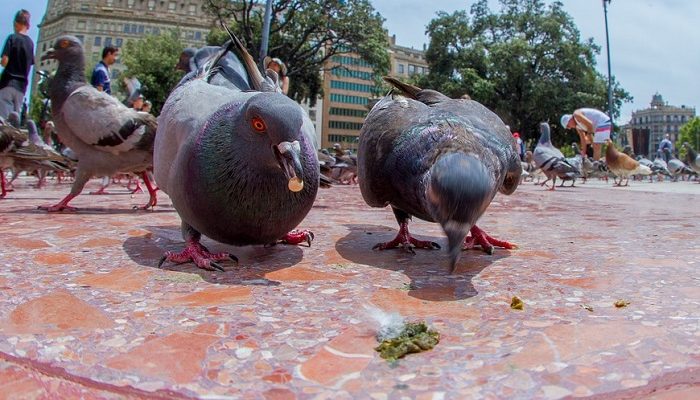 Why do we believe that happiness is when a bird poops on us, and an accident when a black cat passes our path? Are we, as human beings are not capable of living a life without looking around us in a search for some answers in nature?

Maybe we are not capable, because deep inside of us, we know that there is something in nature and that we are all affected with the same energy that runs through us all, and it is up to us to listen and follow its lead.

Some of these beliefs have become so much of our everyday life that they dictate even the tiniest life choices, and we must say that you should never allow such events dictate your life to the extent of an obsession, but accepting the fact that there is something in those signs, is ok.

If you let the energy of the Universe flows your body and mind, maybe you can have some answers.

Many of these superstitions are still present today, and many people believe that certain things can ruin them or make the day more beautiful, and among them, there is a well-known superstition that says that when a bird poops on you, something will happen.

Some say something good, and others say something terrible, but after some extent, research, we have come to the conclusions that the bird poop is mostly connected to the positive events.

Read all about this topic.

What does it mean a bird poop?

First of all, we must say, that the birds, as a motive in the process of understanding the world and the Universe, are essential, as the symbols of freedom, of the flying eyes that can see things that we as human beings cannot see. And even more, they are in some cultures compared to Gods that look upon us and make sure that everything is working well.

So, as you can see, such meanings are strong and very, very old, and incorporated in all world religions and traditions.

From ancient times, people admired the feathered beings who easily reach the place that they are useless to ordinary mortals -here is one more comparison they are considered to be immortal.

Large birds that prey is often seen and characterized as Rulers and Gods. For example, the eagle is connected to Zeus and Jupiter in the Greek and Roman civilization. 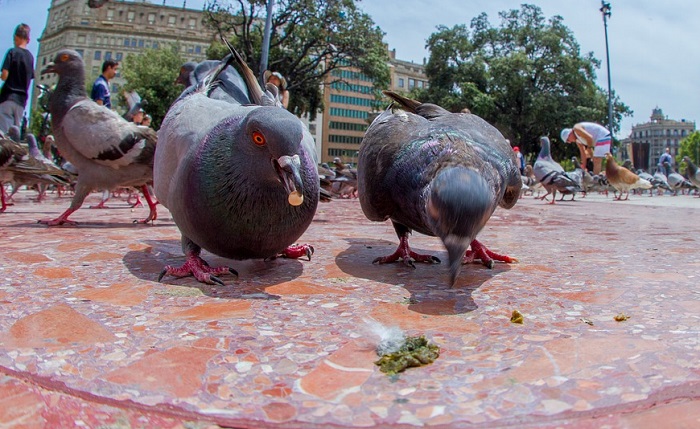 Also, the meaning of the birds can be seen as an emblem on the flags and coats of arms of various noble families and institutions, as the symbol of power and royalty.

Now, birds have been connected to the ability to prophecies that is based on the observation of the behavior of birds – the fact is that if you follow their movement and actions, you can find out what kind of weather is going to be, what will happen in some general or personal sense.

This is the aspect that we are all aware to a certain extent – we know that in the autumn, birds are going to the south, so the change is in the air. If you see a crow, it means that something terrible will happen.

But if a bird (of any kind) poops on you or your car for example, it usually means something good, because in various systems, poop, in general, is the symbol of gain.

There are several variations of such an event, and most of them speak of some luck.

What does it symbolize a bird poop?

From ancient times, birds have been the messengers of good and evil – they are the ones that are able to alert us that something good or bad is going to happen to us.

It can be called mystical signs, and in the world of symbols, bird poop symbolizes money in some common sense, but in some more profound understanding, it symbolizes the gain that you are about to have very soon after you have encountered the bird and her poop. This is important to know, and the gain comes on the day when you have encountered the bird poop, it is said.

If your bird pops up your shoulder, or you go into the poop with your hands or legs- you get unexpected cash gain. Or it does not have to be a cash gain, maybe someone will give you back the money it owns you, or you should, as many people do after such encounter, should go and pay some lottery ticket.

Another symbolical system recognizes this event of bird poop, as the symbol of loyalty in an emotional sense, because birds are a symbol of commitment.

This comes from the fact that a couple of birds remained loyal to each other for the rest of their lives and that they successfully breed young people with good cooperation.

So, in this symbolical system, we can talk about the bird poop as a mark that you need to evaluate your system of loyalty in life and start looking into interpersonal relations. Maybe you have been mistreating your lover, and in fact, you should be loyal to him or her.

We must say, that animals, and bird alike, are very good indicators of the events that are about to come cause they can feel something that we, as human beings, can’t, or are unable to do so.

Birds are mobile enough to pay attention to them, so they often bring us news that our soul already knows because it is genuinely omniscient and ubiquitous. In this way, we might say that we are at the same time both within ourselves and in the animal, we are observing, but equally and in everything that surrounds us.

And when you think about the idea that they need to mark us, if they want to say something to us, the easiest way is to poop on us (regardless of how gross this may sound). What is the other way that they “communicate” with us? Everything else that they do, we may not understand, but the poop is a sure sign that we will “hear” what they have to say.

Every person on this planet, even if he or she is not aware of it, is a very powerful transmitter of life energy. When the field around him is upset, the beings and things that surround him are also disturbed. Everything is connected, and in the same way, animals and people are connected.

So, you should not avoid events such as the event where the bird poops on you, you should see this a sign, and as far as we all know about this, it is one very good sign.

We understand that this is not pleasant sign, but if you know that the most common belief is that you will get more money in the near future that could possibly change your life, and then you will be glad it happens.

One more thing we should add here, in general, poop, in a symbolical sense, has the meanings of a financial nature – whatever that might be (a job with an extra bonus, money on the street, or a winning lottery ticket).

Alternatively, some smaller group of people believe that bird poop is a symbol of money, but in their version, it signifies financial loss – but this can be seen as an event where you must give some to get some.

These occurrences are widespread, and we should be happy when they do happen. And let us be honest, most of us smile when a bird poops on us? Right? Maybe our mind is telling us that lucky events are on the horizon.

It is believed by many known people, philosophers, scientists, those animals, not just birds, but also plants play an essential element of our lives and that they do not appear accidentally, but if they approach us, they come with a specific message that we should know to interpret.

This is the starting point for all superstition that ancient civilizations have developed, they knew this also, and today it is just proven.

Each of them chooses some way of communication, and it is like the dog is barking when he wants to alarm his owner that something is wrong, we can similarly look at bird poop.

Similar to dreams, everyone can easily interpret the appearance of an animal as well as to know if it is essential for it or is of minor importance to it.

We all have experienced such events, where we are walking around, and we feel something warm on our heads, hairs or arms – it is just we have not considered such events, but maybe we should have.

Maybe it will help, if not differently – not to ignore what’s happening around you – this is the main message,  do not ever ignore the events that are happening around, and also never be their slave.

There is an undeniable and constant connection between humans and animals –  and just as individuals, we inhabit the seven layers of aura that make us what they are, however, there are also higher layers that are in some way common, that is, they connect us with other beings, and at the highest level we are connected and united with God.

The whole Universe, both material and immaterial, is interwoven – the grass, the ant, the cat, and dog, the human and the Universe in its totality. Whatever happens in one place in the Universe has an impact on the Universe as a whole, only we cannot understand it, except perhaps intellectually if we believe it.

We, as human beings are a very powerful transmitter of energy, it is never destroyed it just goes from one place to another, and since, for example, people and birds cannot talk, they can communicate to other ways of communication.

Our thoughts are largely confused and cause a disturbance in the system, but if we manage to focus on something and maintain concentration, we can cause real changes even in the material world (it surrounds us and in some ways makes us blind for these more worlds of subtle energies).

Sometimes this happens under or above the level of our daily awareness, and in this way, we affect the events around us.

And to sum up this story, in the media, in the recent years there was a story about New Zealander who bought a ticket for the lottery after a bird pooped on him and later found out that the lucky winner was 100,000 New Zealand dollars. He had said that he is happy that he listened to his feeling that the bird poop means something – he said that he is happy and that plans to start a new life with this gain.