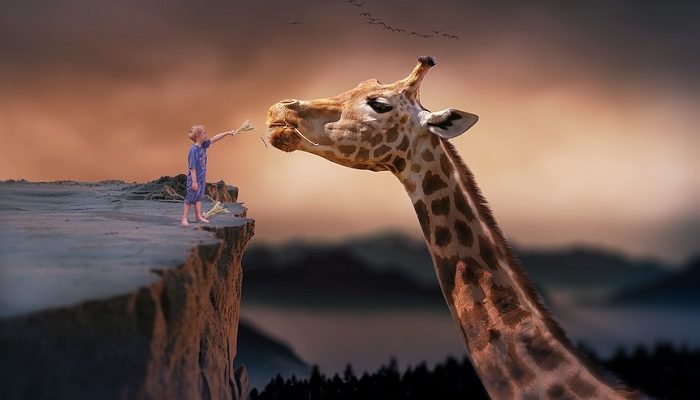 Today, many people claim to have visions and dreams, but how to be sure they come from God, and another very relevant question is- are there any dangers of interpreting dreams and visions?

The Bible teaches us that God has always been communicated with people in different ways, and he gave them relevant messages (but this was not an everyday event, of course). And what is known fact is that he did such thing by using dreams for the majority, and the visions for a few of the chosen ones.

This comes from the fact that most of us are uninitiated, and we cannot be strong enough to endure visions, that are reserved for just a few of those who can deal with them.

And as the Bible writes, those who had them are very specific in many ways, and they often take the special place among the people, usually becoming prophets of some kind, leading others.

But one thing must be clear right now – these were not some common dreams, which are usually illogical and disconnected. These dreams were clear and exact and conducted a specific message that in most times, you do not have a problem knowing what does that dream meant for you and the people in general.

In the Bible, in Daniel 7: 1-3, 17, he says that he has seen in a dream several beasts that when translated, are representing political divisions.

Another clear example is that in a vision, Lord told Joseph of Nazareth, to escape to Egypt with his family, so that evil King Herod could not kill Jesus child. When Herod died, God communicated this to Joseph in a dream and also instructed him to retreat to his land with his family (with baby Jesus).

So, as you can see, there are numerous examples in the Bible that concerns dreams and vision that got directly from God.

But the question now is – does God communicate with us today, in modern times, when we are bombarded with numerous messages, and when many prophets claim to know what does He said.

How can we know does God communicate with people still, and to understand what types of dreams and visions come from him?

Bible as the source of Dreams and Visions 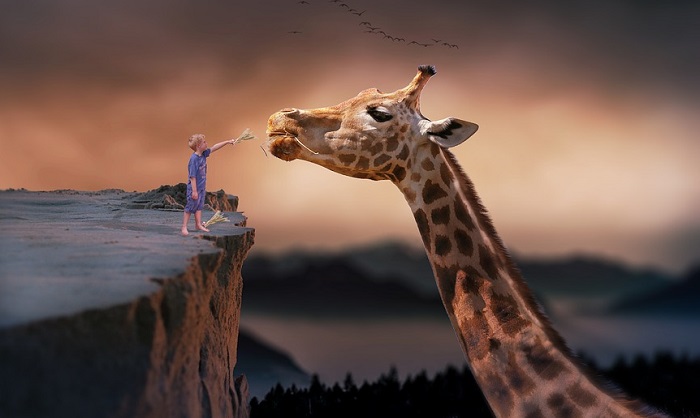 There are numerous detailed sections in the Bible that prove this, but as you are able to see, these were determining moments for those people, and the message had to be given in this way.

They all were related to some defying moments that are about to come and change human history forever.

We must also say that dreams and visions in the Bible teach us one more important thing, that all of us should know.

It is relevant to note that the difference between a vision and a dream is the fact that dreams happen while we sleep and the vision while we are awake.  From just two sections from the Bible, you could see that God address people through dreams and visions.

In the Bible, we can also see that God makes clear here that the prophetic revelations can be given through sleep.

Another source that we see in the Bible and that is related to Dreams and Vision, says that they can come as a true miracle when God speaks directly to people, not prophets. But here there is one “catch” – the sources of these dreams can also be, as the Bible suggests, a part of demonic agenda.

It is said that people should not listen to those words; it is just a temptation. You should obey his commandments and obey his voice; serve him and obey him – this is written in Genesis 13: 1-4.

As you can see, these two biblical readings are enough to realize that there may be two celestial sources of our dreams and visions: God and the demonic. Demon projects dreams and visions, and they may also contain visions of some events from the future -they want to control people and are often try to deceive them.

Most of us have probably heard that someone had a dream or “vision” that they thought was a personal word from God, and it could be, but trying to interpret them is a danger because dreams are often random and come in many forms.

Surely there is another god in this World, and he is a deceiver, he still wants us to go the opposite way from Scripture. But he does this in such ways that we are sure that God Himself is speaking to us.

It is important to know the difference, and more importantly for all people who think that God is communicating with them via dreams and visions, should look into the Bible and see does the Word of God in their dreams and visions is compatible with the Word from the Bible.

Only if the two are matching, then dreams and visions come from God truly – but we must emphasize that these visions or dreams do not come as often as we would want them to come.

Meaning of the Dreams and Visions in the Bible

We must say that for those who believe in that Higher Force in the World, who believe in God, and the Bible, even if they are not overly religious, one thing is clear.

God made sure that the dreams through which He conveyed important messages to men were written in the Bible. In the Bible, we can find one sentence that says that all Scripture is God-inspired and useful for teaching, for reproof, for repair, for upbringing in righteousness, for the man of God to be fully capable and fully equipped for all good work.

What also can be confirmed in the Bible is that it was prophesied that the Holy Spirit would give believers visions and dreams when God poured out His Holy Spirit on everybody that lives in this planet, at all times. He gave us the gift of divination so that all of us could see dreams and visions with the message for our lives.

What needs to be added here is that in this context, the fact that God wants to Holy Spirit moved out on everybody, all people of different origins, of all colors, of all nations. God wants every believer from every layer of society to be involved in sharing his idea.

The Symbolism of Dreams and Vision in the Bible

If we want to know what do dreams and visions mean in some Biblical interpretations, and what they mean and more importantly are they prophetic, that is, they foreshadowed future events.

In a symbolical sense, all of us could examine what does your vision and dreams signifies.

In one vision there is a vision that speaks about the fall of The Babylonian Empire, and in it Daniel envisioned the ram with two horns, as the two kings. One that is about to go, and the one that is about to come to rule, and true enough, the Babylonian empire fall, and it was conquered by some other King. About two hundred years later, it was conquered by Alexander the Great, the ruler of Greece.

Therefore, biblical prophecies are fulfilled, and so are prophetic dreams- they are rare but very powerful. This fact sets the Bible apart from all other books, and we can, therefore, be sure of its accuracy.

We also must add that the entire Bible looks and speaks about the events that are about to happen, and the word dream appears in the Holy Book many times, especially in the Old Testament. At times these are everyday dreams, and in others, they are predictive insights of God’s prophecies, ideas and purposes for the people and the World.

Many experts speak of the dream in which he speaks to Jacob using a dream, and in the dream, he sees a big ladder that goes from land to paradise – this is a clear example of the events that are about to come, and the purpose that Jacob had at that moment in time.

To sum up this story that all of us could find some importance in it, since we all are Gods beings, even if we do not believe, or we think we don’t; maybe the dreams and visions are those that prove to us that all of us have the chance to hear what God is telling us.

The Bible comes as a helping hand for that “holy conversation” since it proves that visions and dreams are a widespread way of communication between God and humans.

The Holy Book fully equips us by revealing everything we need to know about God, his attributes, moral standards, as well as our part in his purpose with the earth. In this sense, it is understandable that this is the chosen way of Gods communication with people – we have everything written; he does not have to speak to us, using dreams and visions.

There is a common belief that God no longer has to transmit messages to people through dreams. If we want to know what is in store for us in the future and what God’s will is, we need not go “beyond what is written”, that is, what is found in the Bible. Moreover, almost every human being on the planet can read the Bible and find out what it means, including the dreams of God that are written in it.

One thing also must be clear here – God does not reveal himself so often through the dream. If you receive a specific message in your dream, you must first check that it does not conflict with the Bible. Only then can you read the message if it exists, and this is the event that comes so rarely.

Once again, the dream may be of God and may be caused by him, but the dream or a vision that a person had should never defy the messages written in Scripture.

On the other hand, exploring every dream and its meaning is quite dangerous, because even Devil can misuse it to deceive us.

So, the next time you have a certain dream that has drawn your attention and you want to find out what does it mean, the safest place to look at is the Bible – in it, there is everything that we must know.