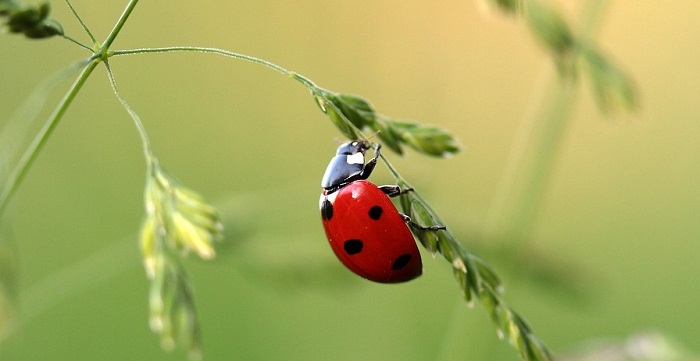 Beetles have an important place in many traditions and belief systems. These insects inhabit our planet for millennia; actually, some of the first species resembling beetles existed far back into Lower Permian (a period of Earth’s evolution dating about two hundred and seventy millions of years ago).

These insects are ancient and thus extremely interesting to humans. They were valued and worshiped by many great ancient cultures, such as Ancient Egypt, Greece and Rome.

However, in more recent history, beetles were often seen as pests and disaster bringers. Today, we may have different opinions about them. Nevertheless, some of the species are definitely beneficial to human economics and environment.

Beetles represent a large group of insects. They are recognized by a specific anatomy; those bugs have specially designed and specifically hardened wings. Beetles are classified as Coleoptera order, which counts more than four hundred thousand species!

Some of the most remarkable members of this order are ladybug and dung bug, insects that benefit our environment and control pest insects’ reproduction.

There are thousands of beetle order members, but some of them earned special position in great and influential belief systems, such as ancient Egyptian mythology. Walls of impressive Egyptian temples and tombs, their papyrus works and other material evidence often feature a symbol of scarab, one of the dung beetle family members.

This ‘special’ bug was considered sacred and Ancient Egyptians have worshiped it. Scarab was used as a symbol alone or as a hieroglyph ‘letter’.

Ancient Egyptians worshiped sacred scarab as a symbol of reincarnation, life and constant movement. They also admired this insect for its persistence and ultimate devotion to its work. Scarab behavior was associated to heavenly work.

This bug would roll a ball of dung in order to lay its eggs inside and continue its existence. This natural process was symbolically linked to natural changes of night and day, death and life, just as sun rolls upon the sky, every single day.

For Ancient Egyptians, sacred scarab was in connection with the god of the rising sun, powerful Khepri;
Some other species of beetles were mentioned in Pliny the Elder’s Natural History and thoroughly described. Stag beetles are featured in Greek mythology. 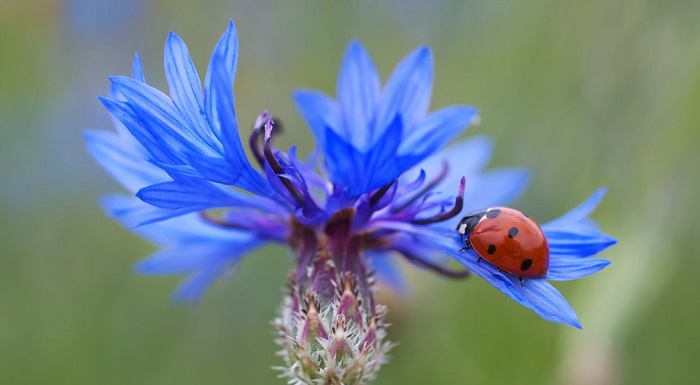 According to Ancient Greek tales, beetles’ heads were worn as necklace pendants. Bugs were used as young boys’ toys. In some parts of Thailand, people practice fighting beetles gambling. For that purpose, they would use some of the largest members of this insect group.

There is an unusual and strange use of specific beetle specie on Papua New Guinea. People would use it as a musical instrument!

They would put the bug inside their mouth, to make an acoustic musical hall for beetle wings vibrations that would produce interesting sounds;

Beetles are common motif in art and jewelry design and they are used as repro-material, as well. Many examples of beetle species have colorful and beautiful wings, which is also durable and resistant. Entire bodies of some beetles were often embedded into artifacts of spiritual or religious significance.

However, some beetle species are dangerous to our surroundings and crops and thus seen as serious pests. Some of them even destroy wooden structures and threat peoples’ buildings. Among four hundred thousand species, there are many dangerous ones.

Other species are economically and environmentally beneficial to us. These bugs keep control of other pests’ population, which is of a vital importance for maintaining great deal of our agricultural industry and so on.

Let us discover symbolism and spiritual meaning of these interesting and numerous insects. They have a lot of significance to humans in rational domain.

Therefore, it is easy to assume their symbolical significance is of no less importance to us. Beetles express different characteristics, traits and qualities that are important in the world of symbols. There are many different species, but, in symbolical sense, we usually conceptualize them as an entity.

However, some examples are worth of mention for symbolical interpretation.

Progress and hard work – Beetles are associated with progress, dedication to goals, hard work and consistency. Take an example of sacred scarab and its methodical ball rolling. All sorts of beetles are diligent workers, which as a characteristic worth of praise.

They are linked to concept of progress and success. Beetles work hard to achieve their goals and there is not much that could stop them or lead astray. This is very important for symbolical interpretation.

Being devoted and diligent workers, beetles are seen as lucky charms and even used as amulets. They bring good luck and progression, as spirit animals. Because of their fine, strong armor, beetles are resistant and unstoppable in their work.

Persistence and stability – Beetles are persistent and stable. They express complete dedication to their work, which is a trait that could be easily applied to humans. This is one of the reasons why beetles are powerful symbolical creatures.

They represent the everlasting life and constant progress. They symbolize a life path of slow and gradual development, on both minor and greater plan.

Beetles represent things that last and keep its form for long periods. They are associated with change, as well, but those changes that are inevitable.

Just as old proverb says, panta rei, everything is moving and constantly changing, which is the only right way to progress. Beetles embody the concept of natural changes, of balance and constant movement.

Creativity and colorfulness – Beetles also represent creativity. They come in different shapes, sizes and colors and are always doing something. Their beautifully painted wings are simply amazing. Beetles are associated with energy of creation, imagination and visualization.

Symbolism of beetles’ colors is also interesting. Each color represents something different (e.g. green for freshness and health, blue for tranquility, red for passion and so on). Therefore, seeing or imagining a beetle of a particular color could be inspiring and even prophetic, in a way.

Solidarity and cooperation – Beetles are good team workers. Most of them live in colonies and work together to achieve success. They are team oriented and cooperative, which is something worth of looking up to. Beetles represent collaboration, mutual understanding, community and unity.

As spirit animals, they could teach us people a lot about the matter.

Intuition and instincts – All beetle insects have special antennas that help them get a perspective of their surroundings. Beetles’ antennas symbolize intuition and instinct. The ability to sense what sort of energies or vibrations are coming your way is of an essential importance.

Beetles are powerful symbol of good intuition, which makes them extraordinary totems.

As totem animals, beetles are good teachers. They would help you achieve gradual success and go through different stages of your life with no rush or panic.

They would teach you to properly channel your own energy, so that you can reach your goals without any regret. Beetles teach us to stay on the ground and listen to our inner voice and our ratio. They value imagination and creativity, but will not let you go astray. Beetle totem keeps you on track.

Beetle people nurture their intuition and their totem helps them polish it to perfection. They are well aware of their environment and situation and know how to deal with it.

People whose totem animal is beetle tend not to overreact to unusual or unexpected phenomena; they are tranquil, sometimes reserved and smart. They would rather stay quiet until they thoroughly think about the matter or situation they find themselves in.

Those individuals are highly imaginative and creative, but methodical and practical. It means these people are able to practically apply their ideas. They have a lot of imagination and good strategies to implement it to useful things. They are not dreamers, but extremely creative doers.

Beetle people have many talents; their totem will gladly help them discover all of their skills and nurture their affinities.

If beetle is your spirit animal, you are most likely a cooperative individual. Beetle people work great in big teams, but are always eager to propose their own ideas.

However, they are understanding and tolerant, so they do not get easily disappointed if some of their proposals are not accepted. These people are not particularly sensitive or emphatic, but they have a good sense for other peoples’ feelings. They would not intentionally hurt anybody, but they know how to defend themselves from insults.

Seeing beetles in dreams could be inspiring and disturbing, at the same time. Most of us have quite ambivalent feelings thinking about bugs of any kind.

Dreams about beetles could be useful, if you interpret them in a right way. An explanation of a dream depends on your personal experience and current situation in life, of course.

If you see a beetle in your dream, it could be a sign to be watchful of people in your surroundings, particularly at your job. Stay away from bad influences and do not let your colleagues seduce you with attractive offers. Always think well before acting, just as smart beetles do.

According to some dream interpretations, beetle could also be a sign of progress and fortune. If a bug is of a particular color, then search about color symbolism and apply it to your beetle related dream.

Dreams about a large number of beetles are usually disturbing and those do not bring positive messages. Such dreams often reflect discomfort or frustration present in a dreamer’s waking life.

Such dreams suggest you should deal with your problems – the sooner the better; they are not serious, but you should resolve them before they get bigger.