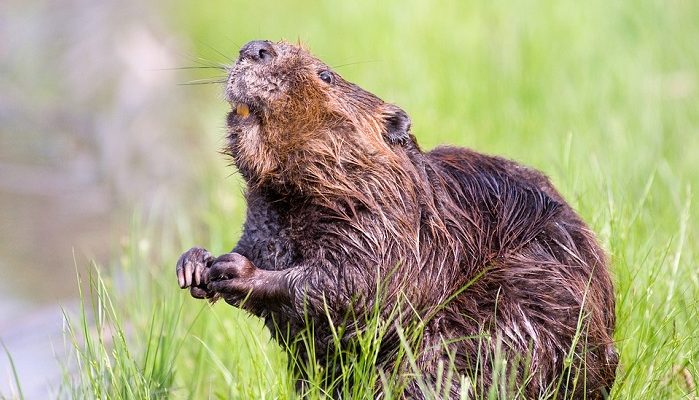 Hard-working beaver is an ultimate symbol of dedication, devotion and responsibility. This fascinating animal inhabits northern areas of the world and it is known as the largest rodent of the northern hemisphere.

Beavers inhabit parts of Eastern Europe, Russia and Canada, while people re-introduced them to France and Scandinavian countries.

Maybe you did not know, but beavers are the only example of the genus; they belong to the order of rodents, but are an unique representative of the genus Castor.

This charming fellow is known for its incredible building skills, family care and perseverance.

Sadly, but true, beavers were almost completely extinct, because people have excessively hunted them for their precious thick fur;

Beavers are cautious and timid animals, always on the watch. They are excellent swimmers and divers, but beavers get quite clumsy while on the ground.

Therefore, they spend most of the time in the water, but they would go out during the night. Beavers are protective and caring of their family and they live in small groups or solitary.

Beavers are famous for their impressive building skills. Their dams are so extraordinary structures we could compare to some of the greatest architectural solutions applied by humans;

People have always been fascinated by beaver’s incredible skills and natural traits.

However, during earlier centuries, beavers were primarily valued for their precious coat.

The history of their significance seizes back to the beginning of sixteenth century, when European explorers discovered the riches of Canada.

At first, they were disappointed to see these lands could not offer them ‘spicy satisfaction’ Orient did; they have traded making profit on beavers’ fur. 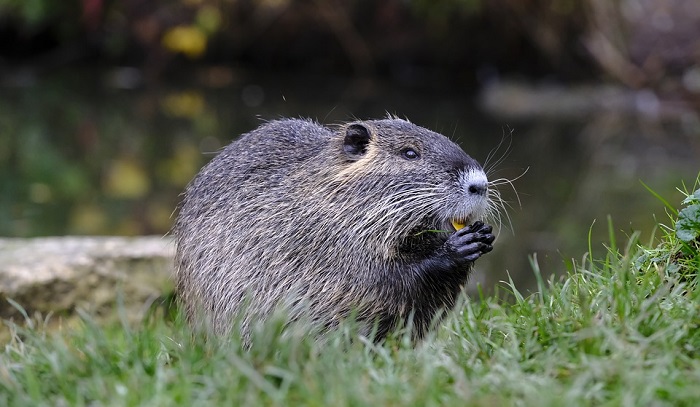 During the sixteenth century, beavers’ fur trade flourished in Europe. It was considered incredibly fashionable and luxurious, so it was used for making expensive hats, in the first place;

Later on, beavers had been given national importance in Canada, where they still live.

Although beavers were thought to be an important part of this nation’s cultural identity many centuries ago, it was not until 1975. this animal has became an official national symbol.

There are many interesting facts about these hard-working fellows, which might assist us in understanding their symbolism. In addition to their building achievements, there is much more about these lovely creatures.

Did you know beavers produce a substance that smells like vanilla?;

Yes, that is true. They have sacks under the tail, containing specific chemical blend, secreted as a molasses-like liquid smelling of musk and vanilla.

The substance is approved by FDA and used as a natural ingredient in vanilla flavoring for human food products.

These lovely animals are a true example of harmonious family life. A male would start to build a dam for his future family.

Once he finds the love of his life, the couple will move in and have babies. Beaver dams are homes for all generations of a single beaver family.

Native American tribes admire beavers and think of them as powerful spiritual guardians of their lands. Some tribes believe beaver dams offer mystical and valuable protection.

To them, beaver dams represent guardianship and protection from evil forces.

Protection and fortune – Beavers play an important role in Native American culture. Their tribal traditions respect beavers for their skills and characteristics and scribe great spiritual energy to these hardworking animals. Beavers are believed to bring luck and fortune and are never seen in a negative way.

Actually, Native Americans believe spirit of the beaver protects them from evil.

Prosperity and well-being – In Native American folklore, beavers are believed to bring prosperity and luck. Their devotion and dedication to work on their homes have been impressing these people since far past. Tribes in North America would often use beaver symbol as a lucky charm, especially in order to secure successful hunt.

For example, Cherokee tribe has a tradition of Beaver worship ritual.

They would offer their children teeth to the spirit of the Beaver, in order to please this powerful totem and gain its protection and guidance.

During this ceremony, Cherokee would also perform a tribal dance, all for the purpose of making the Beaver spirit to answer their appeal and help them in their hunt.

Endurance and persistence – Beavers are known to put much effort in construction of their dams. Not only people inhabiting lands where beavers live worship them, but also these animals are praised for their hard work in all parts of the world. They symbolize true dedication, devotion, progress and persistence.

Everywhere around the planet beavers have the same symbolism.

They are industrious, well organized and tactical. Beavers possess some of the traits people value the most. They are certainly amazing fellows we should all look up to.

There is much to learn from these quiet and through builders.

Family bonds – In addition to their dedication to work, beavers are devoted to their family. Well, these two are strongly connected, because they build their dams to secure home for their young ones. Their dams offer protection against bloodthirsty predators and also serve as a great place to store food resources for winter.

One of the reason beavers build those dams because is that they want their family to be safe.

Beaver totem animal offers guidance, protection and great support in everything you do. Beaver people are quiet, persistent individuals with many talents. They are able to create incredible things out of nothing.

They are imaginative, but down to the earth, determined, but not stubborn.

Overall, Beaver personalities are great characters and people you would love to have around.

Beaver people are highly imaginative, but they are not only dreamers. They are capable of applying their creative ideas into real life projects.

These people always come up with some incredible solutions and are amazing to have them in a team. They love to work on great projects alone or with other people. They well get along with others, although their nature is a bit introverted.

They do not like to show up a lot, but that does not stop them to engage in social activities connected to work.

If you are born under the totem of Beaver, you are certainly an organized and tactical person, who loves planning things. Beaver people do not like surprises, which sometimes makes them too serious company.

They love to organize every aspect of their life.

Beaver people work well with lot of information and never let things go messy. They are tidy and thorough in everything they do.

While these traits help them lead a content and organized life, they might get really depressed if things do not go according to their plans. They have to learn to be more flexible.

You could never say what might happen, even if you planned it all! Life is full of surprises, whether you like it or not.

Just be ready to change your plans; your amazing tactics and responsibility would only make that easier.

Beaver people are known to be hard working and others respect them and admire for that. Many people wish they were as well organized and persistent as beaver people are. There is nothing that could stop them.

Beaver people seek balance and harmony in their life, so that is the main goal they want to achieve by their hard work.

Another quality their possess is patience, something that many of us lack off.

Beaver people know all great things take a lot of time to be done. They never rush and are not seduced by flashy and risky ideas. They love to make their plans for future in peace and would work gradually to achieve them.

They are able to wait for the right moment to act.

Despite being overly focused to their work, Beaver people show great dedication to their family. In fact, everything they do is meant to provide better life to their loved ones.

Sometimes, their work obsession moves them away from their family, which the opposite of what they want.

Just try to find the perfect balance, so your dear ones not think you forget about them, while you actually do things to make them feel good.

They need your love and presence, above all else.

These people are kind and polite personalities. You could hardly see them get angry or attack other people. They do not seek conflict and would rather avoid it.

Beaver people might not be as sociable as others are, but they do like small company and relaxing times with few people they let into their life.

They do not mind being alone, but always have a pleasant word for anyone.

They generally think good of other people and will not hesitate to help, if asked.