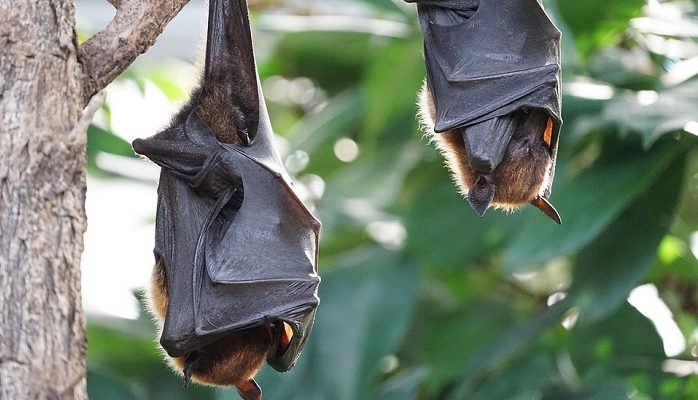 Bats! Ultimate vampire story characters, shape shifters and darkness messengers, these mysterious flying fellows have been inspiring tales and legends ever since.

Did you know that, before they become ‘vamp’, bats have had a special significance to American Mayas?

Yes, that is true.

Some people like them, others are afraid of them and in some regions of Asian continent, bats’ blood is even eaten!

Western world usually think of bats as bad omen and consider these animals heralds of dark news and death, but in other belief systems, bats are believed to bring protection;

In Mayan culture, bats were associated with death and underworld, but these animals were also thought to bring luck and protection.

While in the Western environment people usually believe bats announce death and malice, this identification with such concepts could be explained as a link between our world and realms that are sacred.

Bats’ symbolism relation to death could be understood as an important motif of our overall existence. Life is inevitably followed by death, while death is also followed by life.

Thus, bats represent transformation and importance of change, as well.

Bats’ death-related symbolism actually explains the finality of life, but also the new beginning, which comes after. It reflects life cycles and the power of change; 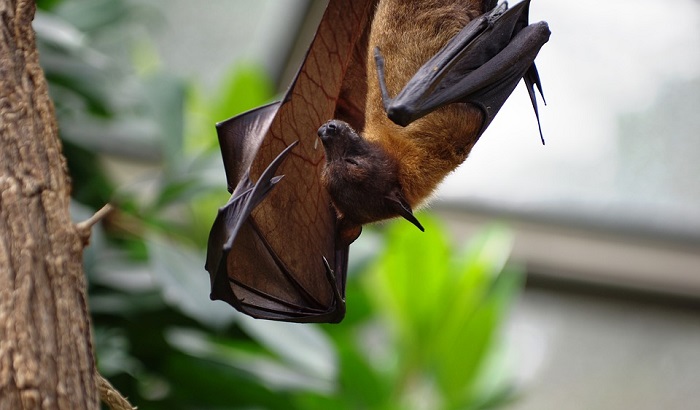 Mayas appreciated bats and believed in these animals’ incredible spiritual powers. They did associate bats with death, underworld and darkness, but not always in a negative manner bats are portrayed in Westerners’ traditions.

Mayas believed bats are mediators, messengers that have great connection with realms of the Dead.

They correspond with Mayan death gods and bring messages to the world of living. In some of their myths, gods use the physical form of bats, as well.

In Mayan mythology, bats are seen synonym for change, in terms of life and death. They represent the rejection of some old, worn off ideas, habits and beliefs.

This rejection has the purpose of attracting new things and fresh beginnings, including meeting new people, attraction of new and positive opportunities, new circumstances that might be unsecure, but able to change someone’s life in either positive or a negative way.

They believed transformation is needed in order to grow, develop and advance, which is pretty much the same open-minded people generally believe.

Rich and colorful Mayan mythology portrays bat as a creature connected with death deities. Bats were known as Camazotz or simply zotz and they played the role of assistants to underworld deities. Camazotz were believed to be a class of bat-gods;

Mayan bat-gods portrayal appears scary and cruel, so that easily explains the negative interpretation of bats’ symbolism and identification with forces of darkness.

In Popol Vuh, a cultural narrative from which we know about Mayan mythology and legends, bats are featured in the story of Hero Twins (Mayan legendary characters) and their trials in underworld.

One of their tasks was to spend the night in so-called House of Bats. One of the brothers did not make it, because Camazotz killed him by snatching his head off.

In Mayan legendary tales, bats are portrayed as cruel and bloodthirsty characters.

Bats ruled Xibalba, Mayan version of underworld, so it is not strange they had to be merciless.

However, their role was not unjust, they also had the power to destroy enemies and protect people from evil;

Bats are known as night creatures, spirits of the darkness, guardians of darkness and so on. People are afraid of them and even if they do not fall to vampire related stuff, they believe in other (false) stories about bats.

People often think of these animals as bad omen and heralds of death.

However, symbolism of bats is not so homogenous, after all. Mixing up all the traditions and interpretations, we come up to a complex of spiritual and symbolical meanings. Let us find out what is it about.

Bats are associated with darkness and night simply because this is their biological pattern of behavior. They are night animals and night hunters.

Bats do not see well and they use their extraordinary senses to locate their prey, other living creatures, obstacles in their way, the whole environment and so on.

Common bats we are used to see in urban areas and countryside are not blood sucking vampires, they are benevolent and even useful, because they eat insects that bother us a lot, such se mosquitoes;

There is much more about bats that is fascinating, not scary and malicious. What does a bat symbolize, in addition to the Mayan interpretation?

Well, as you all know, bats are inappropriately accused of being dreadful and misfortune bringing creatures. Their bad reputation is based on fear of vampires and other creatures of the darkness.

Old European beliefs have associated these animals with these legendary beings before they actually knew there are indeed vampire bats species living in South America.

Believe it or not, bats are positive symbols in China. Chinese tradition has always been interesting to Westerners, particularly because of its specific conceptualization of mythical and real world creatures, which is at least different if not completely opposite.

Chinese term for ‘luck’ or ‘good fortune’ sounds exactly the same as Chinese word for a ‘bat’. It is called fu.

In China, bats are good omen! They especially appreciate an idea of five bats (wufu, in Chinese), which is a lucky combination.

What does a bat symbolize? Okay, we have mentioned some of the ideas bats are associated with. Dark realm visitors or not, these nocturnal creatures are truly fascinating.

The thing is, people are not as familiar with bats as they are with other animals, such as cats and dogs. For example, cats are animals that have various symbolical meanings and that were also labeled as misfortune bringers once (generalized medieval European thought), just as bats.

However, people are much likely to get close to fluffy kittens than bats, isn’t it so?

Intuition and inner depth – As you know, bats use their incredibly delicate senses to move around, because they do not see well. That is why this animal is often associated with the power of intuition.

Bats remind us not everything is visible. There are some things that are hidden from us and hat could be discovered only by pure intuition. Bats symbolize that inner voice that unexplainably guides us through life.

Bats symbolize higher knowledge and inner depth, not only because they are mysterious and nocturnal, which are concepts associated with seeking for wisdom, but also because they are extremely sensitive.

They represent that fine insight only some people are able to reach.

Mystery and dreams – Association with mysterious, hidden things, dreams and illusion is quite obvious, if we analyze bats’ symbolism in general. They are indeed creatures of the night, spirits of darkness, but not necessarily seen in a negative way.

Dreams, night and imagination also help us grow our personality and develop.

Bats are also believed to be able to travel between the imaginary worlds of the Other side and our material world.

Thus, they represent silky veil of night shadows and connection with mystical powers and energy beyond our comprehension.

Communication and nurture – Bats are actually extremely social animals. They do care about one another and develop strong family bonds. Parent bats nurture their young ones and always make sure they are safe, healthy and well fed.

Bats effectively communicate with each other and tend to keep close social relations.

Native Americans had discovered that phenomenon a long time ago. They found out bats communicate with other bats by sounds and touch and express kindness towards their friends and relatives;

Death and rebirth – Of course, we come to death. It seems bats have always been associated with death, mostly because of their nocturnal character. However, not in all cultures is that association seen exclusively as dark and negative.

Death is needed for life to go on. Rebirth is impossible without an ending.

Bats are symbols of life and death, because they literally live inside the earth’s womb (the caves they inhabit) and they fly out of it at dusk. They hide inside during the light time and fly out at night, as they are reborn each single day.

Despite of playing many bad roles in folk beliefs of some societies, bats are very sensitive and special totem animal.

This mysterious dark fellow possesses incredible spiritual energy. It helps you connect with your inner self and hear the voice from within. Bat totem people are truly amazing individuals with great intuition, wise and caring.

They are tranquil, peaceful and intelligent, always in search for something beyond material reality.

Bat totem people always have many new ideas about things they are currently up to. They are amazing coworkers, but they are rather self-relied and usually take the role of en entrepreneur.

They are very imaginative and able to bring their dreams to reality. They are dedicated and pay attention to detail. Their impressive intuition helps them a lot.

Bat people are certainly able to see things others miss out.

This helps them predict events and organize their life well. They are not unfamiliar with big changes, both negative and positive.

Their lives could be turbulent, but they are completely able to deal with it on their own. Bat people are caring and they always make sure their loved ones are safe, secure and satisfied.

They are loyal and kind friends, loving parents and passionate lovers.

Bat people are sensitive to everything around them, meaning they are also able to see through others. They also feel the atmosphere in a special manner.

Sometimes, they just let their inner self guide them, if they do not know how to find a solution to a problem or a situation. They have much life experience, so they are quite tough.

Despite of bats being associated with darkness, Bat people are optimistic, because they know life sometimes gets hard, which is needed to make the balance.

No harmony is possible forever, because destruction is always born out of total peace and perfection is unreachable in that sense. This idea gets bat people true power to survive, to develop and advance.

They are wise, intuitive people who enjoy this life the best they can!