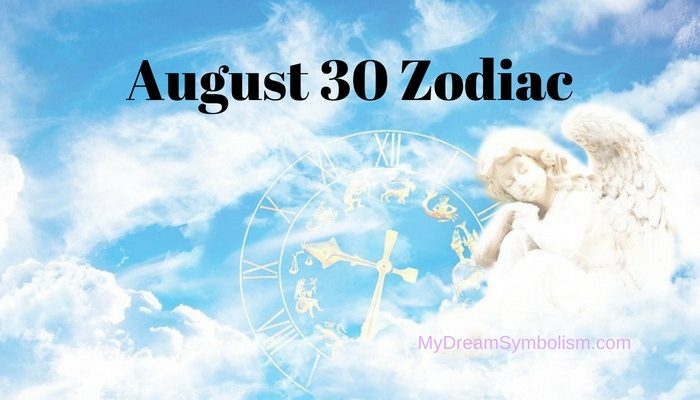 Astrology is not the science about the fate, but only a part of a whole made up of psychological, social and genetic factors that, in interaction, give a complex personality. And the science of Astrology should be seen as an early warning of certain events, and it is on our free will to make some changes or not. Therefore Astrology can be understood as an indicator of the probability of certain events that can be changed by their own choice – by the action of free will.

Every zodiac sign has good and bad traits, and so as Virgos who are the subject of our today’s examination, and specifically, we will point our attention on people who celebrate their birthdays on August 30. An individual whose good side prevails is a higher, more developed representative of a specific sign and date, and there are also those who are not so advanced representatives they have many more bad sides, and they are called in Astro- numerology lower types.

People born on August 30 are competent and influential human beings that are considered to be great at making money and are usually hugely successful in finance and management affairs, and this is something that comes from their calculating nature and tendency to risk when they feel that it is necessary. Anything that their area of ​​interest for this person is generally achievable with tangible results, and they can achieve success in every mater in life, since these people born on August 30 are usually well organised, comfortable and adapted to the needs and desires.

Most people born on August 30 have high confidence in their ability to cope with every situation, but sometimes their belief is unjustified, and this is the moment when they make so many mistakes in their lives and make wrong moves because they believe that they are right, and this is particularly dangerous in interpersonal relationships.

Of course, they have their weak point that can sometimes go the extreme. Excessive analysis, self-criticism and suspicion can lead them to depression and touching low points in their life, and the most problematic part is that these people have a hard time pulling themselves from the abyss. And there are all the negative effects of stress because, in reality, these people are constantly under some pressure -in most cases; they put the pressure on themselves. If they do not go well with it, the consequences can be different – but not one of them can go away easy.

Regarding interpersonal relationship, those who belong to the August 30 have an extraordinary connection with their closest people, like families – they know what the very best thing for their children and spouses is. Those close to them usually feel inferior to them, especially in material and financial matters, they even like when others depend on them in a material sense. Their confidence in this matter can cause indecision and uncertainty in others, and they should take responsibilities but not financial problems.

People born on August 30 are often faced with allegations that they are materialists, and we can understand why the case is, and they are not like that in some traditional way. However, these people do not show any interest in money and have a great talent for organising, planning, structuring everything from family life to big projects. They can become leaders in some way, even if their personality is not suitable for such tasks.

Those who belong to the August 30 are devoted, pleasant and compassionate, and they are beautiful human beings for the opposite sex, they can be a good husband or wife, and an excellent parent full of understanding. Sometimes they can be stubborn, but it’s not their natural state, only if they have something fixated in their minds, and will try to pull this on purpose.

They are loyal and honest friends who know how to support others. The one and the most critical aspect of their love lives is that their potential partners never ask them about life and emotions. It can be seen as a lack of competence, and they hate it. 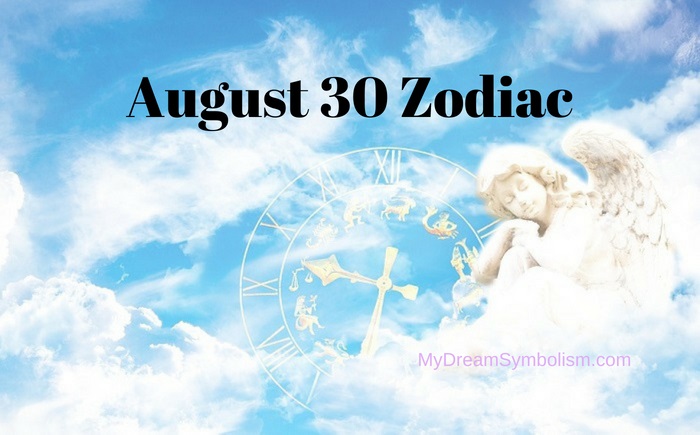 Only when they feel safe, people of the August 30 will open emotionally; and once their lovers gained their trust, they will have a friend forever – a loyal person that can always rely on.

We could call these people who are born on August 30 are joyous and happy persons who do not care much about anything, and who accept life as it is. In business, these people can be very speculative and always ready to try luck or embark on anything; they have that tendency to risk a little bit more, unlike so many other Virgo people.

So, they can become good speculators and have good luck in everything you focus on.

Most of the time these humans are mostly satisfied and are rarely nervous about the future and in sometimes it is hard to see these people as scared Virgos.

Their free time is usually spent doing sports; they love excitement, they love company on others, and like to work with others.

Those who are born on August 30 have a sound business mind, and will probably earn a lot of money during life, at the expense of the risk in a business game they play.

A particular group of the people who are born this day can be involved in jobs in which uncertainty and disorder prevail. They are fond of a career that allows complete control of the work process, conditions and environment. To do their best, they need clear goals, rules and frameworks, and even if they gamble that risk have to be calculated.

These people” read” well other people and can (correctly) measure them in a moment’s eye. They will indicate mistakes or omissions and suggest what others need to do for treatment or promotion so that they can find their job in medicine or social work.

Collecting and analysing data from business, or education can be a dream job for those who are born on August 30. Numbers, percentages, trends, and tables for it are the definition of paradise, and in this particular case, we are talking about calculating risks.

Number 3 and the planet Jupiter rules people born on August 30, beside the strong in plus that the ruling planet Mercury gives to the Virgos, a Zodiac sign to whom these people belong Jupiter brings optimistic and expansive social perspectives.

People who have Mercury and Jupiter are prone to talk about one subject superficially, but overwhelmingly, making their interlocutors bored. They cannot concentrate on one thing in communication, so they are at the same time talking about several unrelated topics. In the movement, they do not hold one direction because they draw a lot of attention to them, which can cause them to disorientate occasionally. They often wander in their thoughts.

These people think they know something better and more than most other people. These people born on August 30 are hard to understand with people who belong to different cultures and ideologies. To overcome difficulties in the development of higher spheres of the mind, it is necessary for them to focus their interests on one or two areas and to spread their benefits within the selected area. This will prevent them from acting too broad, boring and superficially.

People who are under the government of the number 3 love their independence which exposes them to stressful life on the one hand, but on the other hand, they face great challenges and opens up opportunities for decisive action.

Their numbers are 3 and 33, and their color is a dark gold.

War and battles, more fighting and searching for the power and occupation of the territory… these are the majority of the events that happened on August 30.

1645 – The Dutch and American Indians made a cease-fire in New Amsterdam (New York).

1757 – In the Seven Years’ War, the Russian army defeated the Prussian troops in the battle at Gross-Jegersdorf.

1850 – The capital city of Hawaii Honolulu got the status of the city.

1914 – In the Battle of Tannenberg in the World War I, the German Eighth Army under the command of General Paula von Hindenburg struck the Second Russian Army, who lost about 30,000 people.

1916- Chilean fishing sailing ship saved the members of the expedition of Ernest Henry Shackleton in Antarctica.

1918 – – During the visit to “Michelson” factory, Vladimir Ilyich Lenin was wounded in the assassination.

1939 – A devastating attack by Polish forces on a German transmitter at the border station in Gleiwitz.

1940 – In Vienna, talks were held between representatives of Germany, Italy, Romania and Hungary (Second Vienna Arbitration).

1944 – In the World War II, the Soviet army seized oil fields in Ploiesti, Romania, depriving the German military of a vital source of fuel supplies.

1963 – Between the headquarters of the USSR and the US, the Kremlin and the White House, the leaders of Nikita Khrushchev and John Kennedy established after the Cuban crisis, a direct telephone connection, known as the “red telephone”.

1991 – Azerbaijan declared independence from the USSR.

2001 – About 438 refugees, mostly from Afghanistan, who were rescued from the sinking ferry, died on a Norwegian cargo ship, as Australia did not allow them to enter the country.

Do you know what celebrities are born on this day? Although they do not like to be at the centre of attention, it happens that they have them among the well-known, because they have intellect, dedication and discipline. This is a definite way to success which many of them have in their lives.

Read all about these very, very successful people who are born on August 30, there are so many different stories and many different people with entirely different sensibilities, but still, they share some things in common.

Let us speak some more about these interesting people.

It’s hard sometimes to reach people of this sign and date – these are Virgos who are born on August 30. They appreciate intellect and routine, and others can see them as people who are superficial and materialistic.

Perhaps they seem cold and bored at first glance. But you know what – if you are persistent enough and gain their confidence, we can assure you that you will see that wild, relaxed, automatic and entertaining side of them. They wear their own characteristics only on special occasions, and only with special people. These people born on August 30 are meant to be with someone who is patient enough to wait for their greatness to shine.