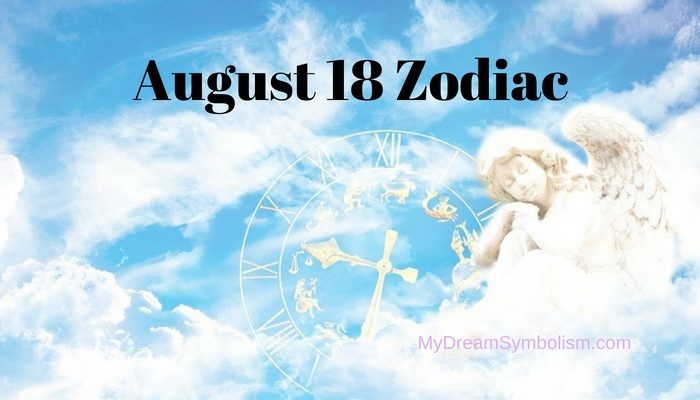 Astrology can be used as a guide in life and know some information about our zodiac sign, and understanding a natal chart we can reveal our potentials, and we can sometimes achieve something that we will call the best version of ourselves. We could not imagine a cause that is greater and more justifiable for believing in the horoscope. You don’t have to be fanatic, and the point of the astrology does not blindly believe in everything you read about your Zodiac sign or date of your birth. The whole point is to educate yourself about your sign and date of your birth and by combining this information you can choose better for yourself.

Today we are talking about date August 18, people who are born on this way, their personalities and everything in between. Since they are born under the ruling of the Zodiac sign Leo, they have many of the characteristics that belong to this fiery sign. But, as every date brings something special, it is true in this case also.

Some people have an easy road, others face many difficulties on their life journey, but every Leo is a fighter, and those who are born on August 18 belong to this Zodiac sign are also people who will fight for their beliefs in the first place.

People born on August 18 during their lifetime face a lot of challenges that are very difficult to escape, but these people are focused on overcoming these challenges; they are natural survivors that have to defeat all obstacles. No matter how successful they are, these people who belong to the August 18 still face severe difficulties continually, so their forces must always be put to the test again.

It is maybe easy to see (or not at first sight) they are deeply emotional and can experience deep sadness, and severe emotional problems- everything in their life can be seen as a test that will leave them one step further, they can grow.

No discussion or good intended advice from their closest people can convince them that there is a real substitute for life experiences and encounters. These people want to see everything for themselves, and they believe that only they can be creators of their lives.

Their struggle to prove their understanding of life is usually tricky and long-lasting, but they never give up and never choose another way. This is why we can find many of these Leos born on August 18 in the realm of humanitarian or social activity in their environment. They are scared and have many fears, maybe even more significant concerns than the rest of us, but they belong to the small group of those who believe that it is possible to grow through the pain and uncomfortable experiences. And in the end, these people live by one saying that goes something like this – When Universe wants from us to grow it makes us uncomfortable. And it is true, at least in their lives.

Many people born this day are scared of worries, even phobias that are hidden in their subconscious and these Leos have to work all of their lives to conquer all of their demons. With a strong will and exercise, they can achieve that.

These people who are born on August 18 work well in the role of leaders (as all Leos), and they look at challenges and problems as a possibility of gaining more success, notoriety and admiration. However, some of these challenges or issues often overwhelm the central position in their lives, and they can live they live through many phases, and some of these stages are very problematic but never passive.

There is no doubt, these people have a lot of charm and inner energy, and often hardly coordinate everyday life with the business side and public image, but they try. It is very important to these Leos born on August 18, what kind of opinion others have about them, sometimes they know how to conceal their real personality at the expense of success, or to ensure a good image. 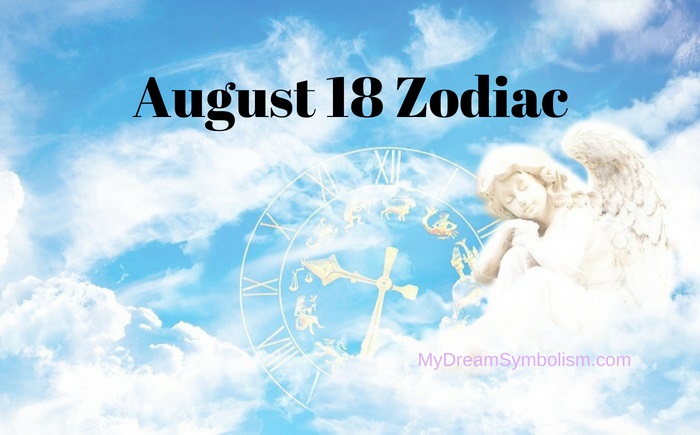 Like all aspects of lives of the people who are born on August 18 the aspect of love is a place where they can have some traumatic experiences, or they can be a traumatic experience for their lovers. But in fact, deep inside these people are loyal to their lovers; there is a profound source of love in them that requires expression. This means that know how to show emotions and love, and they expect the same from their lovers, and not everyone can give them such pleasure.

Those who are born on August 18 are inclined to believe in others easily, so it is necessary for them to be very careful that in some period of life they are not deceived in this way.

This is a moment when these people are hurt in love, but the most important thing is that these people never give up. , and are ready to put themselves on the market once more.

It should be added that these people also have a living imagination that can sometimes be an obstacle, for, for example, lovers who are a bit darker and depressive, it can trigger the fear of the darkness, and they should choose lovers that are more optimistic and happy, rather than passive and aggressive.

But, as natural fighters, Leos, and without a doubt, they will achieve a happy and successful marriage, probably early in life. But if, not they will have numerous relationship later on, until they find what they are looking for.

Regardless of what they are dealing with, whether it is the area of ​​information or entertainment, production or public service, they encounter obstacles and rejections that they must master.

People of the August 18 are quick, emotional, and original in expressing and acting -that is why there are so many representatives of this date that are involved and successful in acting and singing, anything that has something with the scene. They can undoubtedly succeed at the stage or as public speakers or orators. In the end, they often hover between excessive self-confidence and poorly-owning images. It is advisable for them to find a job or hobby where they can express inner potentials and be able to disclose them (acting or public appearance).

These people are strong and emotional at the same times, and they are egocentric in some way, but they can understand human nature in a good way, they are well assessing human nature, invincible, resourceful and intuitive.

When they are involved in an idea that they trust in, those who are born on August 18 are busy, they see the details, and at the same time, can present exceptional ventures and plans to others, so everyone wants to be the part of their ideas, and this is the way that leads them into the leadership positions.

But in some way, these Leos who are born on August 18 can lean toward extremism and want other people to adapt to their way of life and doing things – this is a way these people can be terrible bosses, they are demanding in some way.

What leads them is the feeling that they can do great things if they move away from the current state (of mind, world, and work, whatever).

Number 9 and planet Mars rules persons born on August 18, and this is just an additional effect on these people who are, as all Leos under the influence of the Sun. Mars in combination with the Sun brings incredibly powerful energy from the combined effect of Mars-Sun (power that is enhanced to the maximum), but also these people tend to react overly emotionally or quickly, as well as not to surrender the already lost thing. Their ability to control their violent energy and to ease the power of their imagination can increase their chances of success.

Symbolically also this connection makes these people extraordinarily social and favorite persons who like enjoyment but also work diligently and reliably when needed. They have a reasonably egocentric nature, a stubborn character, and like themselves while dominating, but they have a strong and good influence on people and are probably positive, solid and honest persons.

Number 9 brings them wisdom and strong mind, but it is also the number that can have some negative energy in their lives, but they use it to create something good. They are able to learn, and this is their great ability.

Their number is 9, and the color that is considered t be the most suitable for them is blue.

History is the most significant science that revolves around dates, and when we remind ourselves of events that shaped our lives. Today we are looking into the day August 18, with short reminiscing on important events that took place on that day.

1649 – The Ottoman Sultan Ibrahim was removed from the throne and killed.

1812 – Napoleon Bonaparte defeated the Russian army in battle at Smolensk and continued toward Moscow.

1870 – In the biggest battle in the Franco-Prussian war, Prussia beat the French and caused heavy losses (more than 30,000 dead).

1896 – France occupied Madagascar and proclaimed it a colony. Madagascar gained independence in the 1960s.

1914 – Germany announced the war to Russia; US President Woodrow Wilson proclaimed the neutrality of the United States in the World War I.

1954 – James Wilkins became the first black person in American history participating in the US government session.

1960 – The first oral contraceptive pill “Enovid 10” was placed on the market in Illinois, USA.

1964 – South Africa sportsmen are forbidden to participate in the Olympic Games due to the apartheid politics of that country.

1971 – Vietnam War: Australia and New Zealand decided to withdraw their forces from Vietnam.

2000 – An Indian tribe believed to have disappeared 80 years ago, was located in the jungles of the Amazonian state of Accra in Brazil.

2001 – In the aftermath of long-term drought in the state of Washington, large fires burned over 37,200 hectares across the eastern part of the country.

Names that you will found on this list are amazing – there are actors, singers, directors, composes, and rulers.

1935 – Hifikepunye Pohamba, the President of Namibia.

A few more words about these people who are born on August 18, who are in many ways typical Leos who are under the powerful impact of the Sun and Mars. This means that these people have a stronger need to increase the virtues and quality since they consider their full potential is to be the most effective when they additionally improve their lives, even through pain and obstacles.

One more thing is necessary to add here – people born on August 18 are ready to take care of their lies, but because of their nature they are more oriented to day-to-day experiences and encounters, the more believe in their judgment than anything else. However, because they are very often occupied with the work and because they face many problems.