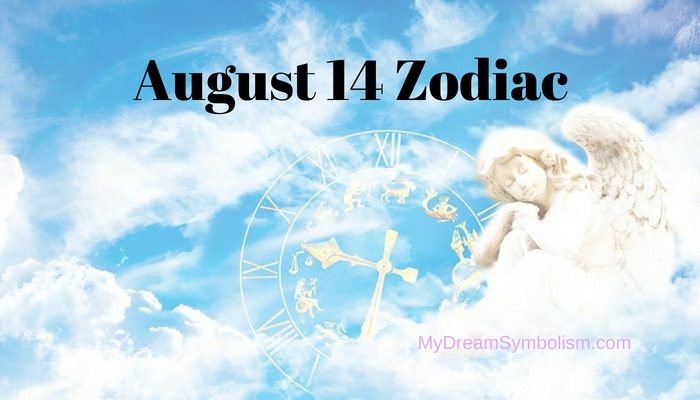 As we spoke so many times about numbers and their Astrological aspect, we have to say that all Astro-numerologists are devoted to researching the personality of other people. All of those who deal with others lives must use their knowledge and intuition, and they have to calm down and empty before they start doing their work.

Any analyses, including this one where we are looking into the dates, from an Astro-numerological point of view, require durability, and patience. Some knowledge about numbers may come from books and some formal education, but, they need to work their understanding of these data. It is a process that takes time.  And this is not a process that is easy or comfortable in any way; you have to be in some way creative. Today we are focusing our attention on date August 14 and the ruling Zodiac sign -Leo.

Many Astro-Numerologist considers this date extraordinary favorable and advantageous combination, and it is said that people who are born on this find their place in the world, in the world of music, acting, business. Here we encounter people with giving and generous nature, with energetic personalities who long for attention, who have the love for the whole world, who know best how to express their creative talent and support for others.

They are considered to be Leos who are reformist fighters, great organisers of group activities, but first and foremost distinguished great personalities full of various abilities and opportunities. Whatever they choose – on a right path they are walking with the very idea what they can be, but will they make there it is up to them.

We can see here people who are very clear and lively, charismatic, but those who also have dignity, and cunning manners, as if they become aware that they do not belong where they are in a particular moment, they know how to carry a large mass of people and make them happy.

Others see those who are born on this day as excellent experts for people, humans who are always kind, open, and however much they try to be economical in their lives, they can spend it all for the sake of good times.

Just to add a few words they belong to the group of people who have convincing nature, and aware of the influence of their words.

These people are well-suited even under unpleasant circumstances, and can make friends from “enemies.” As long as these persons do not act seriously, maybe due to the need for Leos energy to be the first the best and in the right place, they have the need to talk a lot, explain, justify.

Also, these humans who are born on August 14 can be very persevering persons with the knowledge that from pain real success and results can come.

People of the August 14 are steadfast in actions and life; they will go heartily and wholeheartedly to the things they believe are right. Their behavior is refreshing for those who are around them, and these people tend to be relaxed and calm, as much as they can, and they quickly become popular wherever they go. In interpersonal communication, these human beings are honest, dedicated and capable of deep feelings, which can come as an astonishment, having in mind that they are somewhat unstable and that they like change.

People of the August 14 always represents itself as great individualists, who value tradition and family, but often their nature is contrary to family obligations and rules that they do not like.  Because of that, these people will create a family with someone who has no prejudice, believes in freedom, emotional friendship and passion.

These people have strong instincts that sometimes scare people who are around them, and although they keep everything inside of their minds, they do not want others to see them when they are unhappy or have a problem.

One of the significant mistakes those who are born on August 14 need to overcome is scamming, sometimes these people are so impatient to get the results in the work they want, so they do a lot of damage, although it’s not their initial intention.

These people are unselfish when they have money; they like to share and to allow their friends to have a great time when in their company. They also often make partnerships with their friends and together they make fantastic business ventures that can bring a significant profit.

These Leos can be very musical; they love to listen and also to perform music, they usually know to play and compose; so a career in the music industry is just one of the options for them.

These human beings who celebrate their birthday on August 14 probably love social life more than they need, but for them, it is just a part of intellectual progress they make.

People like to listen to them whenever they have a chance to do so; these people would do well in motivational speeches if they wanted to. They can quickly earn money if they approach the specific project it in the right way, so with high revenue and ability, these people should provide themselves with good living conditions for the rest of their lives.

General advice for those people is to remain objective, to learn how to have good habits and the most important to continue to nourish the practice of reading.

What this symbolically means? It means that Sun gives these people their life energy, speaks of their egos and what they are. It gives them their dignity and represents the authority that they are trying to impose on others, but also symbolises vanity, snobbery, exaggeration, and wrong goals that these people sometimes impose to themselves.

But one planet is active here and its ruling planet Mercury; here it symbolises interpersonal connections and intelligence. Since it is fast, in its sense of movements, it is the symbol of travel, communication, skill, trade and intellect with it. And these people born on August 14 have all of this in their lives.

The connection Sun- Mercury manages the sharpness and power, both spiritual and physical in these human beings. In a negative aspect, they can be superficial, rapacious, frivolous and unreasonable. The principle here is the connection, exchange, movement and adjustment to all new things that are about to come. It is the connection that can reveal two natures, in which contradictory principles conflict: darkness – light,  male-female, good and bad. This inner circle creates an initial condition for the birth of intelligence – these people are well equipped for these assignments and can separate things that are important to those who are not.

Their numbers are 1 and 5, and their color is orange-yellow.

Learning about the history means that we can look back into our lives and see did we or did not make some progress in our lives as humans. Some of the lessons learned can be used for making a change that never before saw the world. And it can be the easy way for getting a known nature a bit better so that that influence can be more spread around the globe.

1040 – Scottish King Duncan killed Macbeth, who then ruled for 17 years.

1248 – The construction of the cathedral in Cologne began.

1385 – Victory in the Battle of Aljubarrota, the Portuguese forces endured the invasion of the King of Castile Huán I, thus ensuring the independence of Portugal.

1784 – On the island Kodiak near Alaska, the first Russian colony was founded. The United States bought Alaska from Russia in 1867 for $ 7.2 million.

1867 – In an attempt to create a great Balkan alliance against the Ottoman Empire, Serbian prince Mihailo Obrenovic signed an agreement with the Greeks.

1893 – In France, for the first time in the world, motor vehicle registration plates were introduced.

1900 – The powers of European superpowers, the United States and Japan, occupied Beijing, thus ending the “Boxing Uprising” in China.

1912 – American marines landed in Nicaragua to protect the government there from ever more powerful revolutionary forces.

1913 – The Vatican declared the holy Catholic nun Bernadette Soubirous, who celebrated the French sanctuary of Lourdes.

1934 – In the first Nazi concentration camp Dachau, near Munich, the first prisoners, opponents of the Adolf Hitler regime, arrived.

1943 – In the allied air strike, Milan Scala, built by Giuseppe Piermarini in 1778, was badly damaged.

1949 – In West Germany, the first elections were held after the World War II.

1969 – The British Government approved the entry of British troops in Northern Ireland to prevent the escalation of conflicts between Catholics and Protestants.

1980 – Workers’ strike in the Polish shipyard in Gdansk began.

2000 – The United Nations Security Council passed a resolution establishing a special court for crimes in Sierra Leone, committed during the Civil War.

2003 – A major power outage occurred in the northeast of the US and Canada.

Maybe this list will seem short to you, but believe us all the people who found their place on this list deserve it, they are the ones who are talented and beautiful, Leos born on August 14.

Humans who are born on August 14 are people who are Leos but with the strong influence of the Mercury planet that gives them fast energy and love for a change.

They have a significant transformation of personality and can continue to play even after a more meaningful “fall” or bad event -they can rise again and move forward.

Emotionally the can be great dreamers, who can make idealistic phantasies of a lover that will never come.

In life, they always want more, because they know that they deserve something like that, something big, but are ready for a great fight, no doubt about it.

Others know that they are born to be on the stage, to sing and travel; and to occupy responsible positions, in media perhaps. They are predestined to succeed, although they will often have a problem with managing family and careers. The most important in this entire process is that these people are usually happy with what they have in life and with firm will and discipline they can receive many exciting gifts from their experiences.

Because they are aware that more significant successes and results do not come overnight, they know that they have to work so hard. In the end, we can presume that these people who are born on August 14 have a great heart and are therefore considered to be exceptional friends who never leave their friends and lovers.