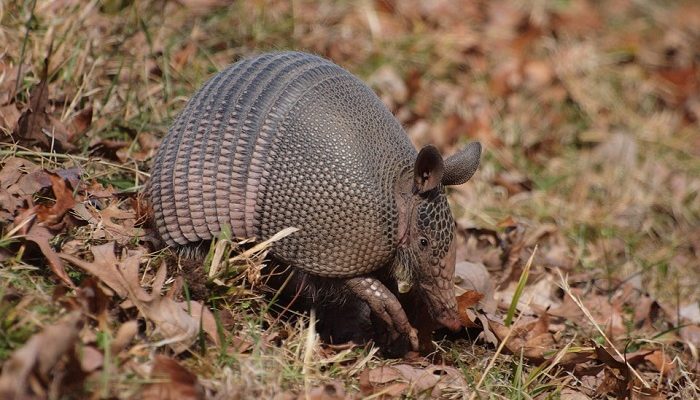 Armadillo is one of the strangest and the most extraordinary animals on our planet. This marvelous animal is a small mammal from Americas.

In Spanish, its name literally means ‘the little armored one’, but in Americas’ Nahuatl or Aztec languages, its name stands for ‘a turtle-rabbit’. So interesting isn’t it?

If you have ever seen this strange creature or at least a picture of it, you get the Aztecs’ point.

Today, the only surviving family of armadillos is Dasypodidae, while the other two are extinct.

There are nine genera and twenty-one species of armadillos living today. They vary in size and the number of their armors’ rows;

All armadillos live in North or South America. These shielded mammals are unique in many things.

They are a living example of all the wonders and strange beauties of our Earth.

Although you may find them odd and cannot think of them as pretty animals, you must admit armadillos are impressive creatures.

Armadillos are known for their specific shield, so their symbolism is mostly based on that fact.

Concepts and ideas people around the whole world usually ascribe to armadillos as symbolic and spirit animals are defense, self-protection, resilience, toughness, caution and limits.

This animal has a specific meaning to people living in parts of the world the creatue inhabits, but it is very similar in all cultures. 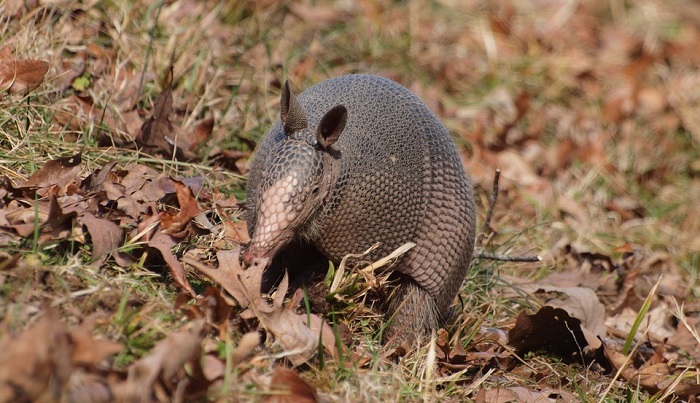 Did you know people use armadillo’s armor shells to make particular type of a musical instrument? Yes, this is an instrument called Andean flute;

While armadillos surely are considered mysterious, that did not stop people using parts of its body for various purposes. In addition to using their armors for making musical instruments, in some cultures armadillos are eaten.

According to those who tried armadillo’s flesh, it tastes similar to pork!

The largest of armadillos is Pridontes maximus or the giant armadillo, while the smallest one is probably the cutest and it the pink fairy armadillo, Chlamyphorus truncatus;

The diversity of armadillo species makes them even more magical, especially for people who have never seen them in their natural habitat.

Pink fairy armadillo is so adorable little fellow; a creature proving digimons are real (a class of Japanese anime supernatural beings). It has pinkish armor and white soft fur on its underside.

There are other unbelievably strange species, such as southern three-banded armadillo and the screaming hairy armadillo.

Three-banded armadillo is the only one able to roll up in a ball. No strange it was a mascot of the World Cup, Brazil, 2014;

Armadillo symbolism is obvious and almost every single fact about them appears magical and fascinating. They represent defensiveness and cautiousness, but people are also cautious about them.

After being introduced to world outside their natural habitat, scientists found out they are potential health threat; armadillos’ specific body design makes them hosts for bacteria cultures.

Another, less pleasant facts says armadillos are the only animal species known to be affected by leprosy;

Most of armadillos’ powers as spirit animals originate from the animal’s appearance. Its armor is an ultimate symbol of self-protection, resilience and restrictions. Armadillos are often featured in various types of art.

Resilience – Having so tough equipment, armadillos are able to go through great difficulties without being harmed. However, since they are not particularly popular as intelligent animals, which might be considered as their biggest flaw.

In addition, armadillos have really poor vision. None of that makes them vulnerable creatures. They have other amazing qualities.

Armadillos are capable of enduring harsh weather conditions and survive long periods without any food or water.

They live in deserted, severely dry places, so their evolution made them quite resistant to such environments.

Several days without water and a meal is nothing for an armadillo. They symbolize great endurance, survival and resilience.

Defense – Obviously, armadillos know how to protect themselves. They have an incredibly strong armor that makes them a challenging prey. In addition, their natural behavior is self-defensive. These animals are observant, alert and cautious.

They symbolize all of these things.

This is very important in analysis of Armadillo people characteristics.

Armadillo totem is a powerful guardian.

However, the guardianship it offers might easily turn into a disadvantage, if do not make it well balanced. Armadillo people have a strong need to defend themselves from the outer world, even if they are not threatened.

That makes their lives full of limitations.

On the other hand, they are caring, honest and supportive kind of people.

Armadillo people put wall around themselves and hardly let others step within these walls.

They will act self-protective even if no one threatens to endanger them. They are kind of people who love stability and are very unlikely to experiment and try new things.

Talking about taking risks is something that sounds uninteresting to them.

In fact, they are scared of trying new things, because they are afraid of failure.

Armadillo people are stiff and act in a manner that appears offensive, because they want to go a step ahead of every situation and somehow secure their position. They do not like surprises.

Their defensive attitude is good in some cases, but it could make Armadillo people miss out great opportunities in life, including both personal and professional aspects.

Try to relax a bit and begin with small experiment, such as changing some everyday habit.

Armadillo people are good listeners, even if they are quite tough and reserved. For a really small number of people close to them, they are caring, protective and supportive.

They are loyal and honest and would never do anything to get them in uncomfortable or dangerous position.

Their cautiousness often makes Armadillo people judgmental, stubborn and narrow minded. They simply refuse to see the bigger picture, because they feel comfortable behind their shield.

However, they are practical people guided by their great sense of logics.

They are not as intuitive as others are, they are not likely to listen to their emotions, but their reasoning is good.

However, they are limited by their own decisions. Most of Armadillo people are happy doing things their way and avoiding taking risks or making big changes.

If you are an Armadillo person and you feel there is something else waiting for you, do not be afraid to put your shield down and experiment.