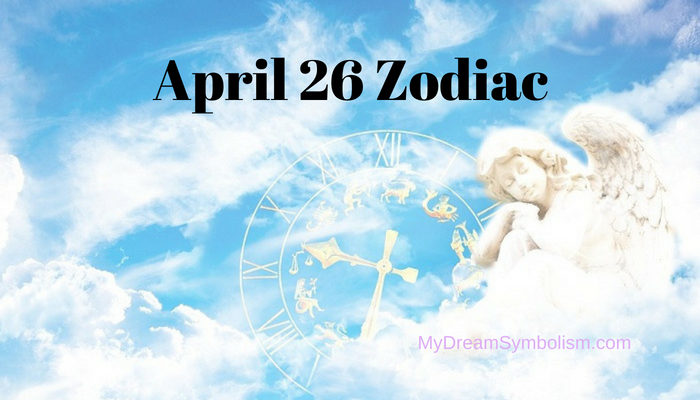 By carefully examining the philosophy and many other sciences and studies that were conducted on the topic of believing in destiny, and fate in general (we are aware that this topic is much more complicated than this, but we will simplify it now, because we are focusing on the belief in astrology and zodiac signs), we could say that the entire Eastern civilisation is oriented towards “trust in destiny”. And if you look at the West, you could notice that there is a belief that we should only trust in ourselves and freedom of choice, we are the tailors of our fate. But on both sides, you could see some interest in the “stars” and celestial bodies and what they have to say or to be more specific how they influence us in many ways than one. Astrology and Zodiac signs can vary from one side to another (from West to East), in a sense that there are different fundamental principles in everything, and in this topic also.

So, we always start from the astrology of the East or West, and within it, we differentiate astrology that then belongs to a particular people or region. But one thing that is similar in most of the countries and civilisations around the world is our birthdate, and there are many related interpretations of its characteristics, features, good and bad sides; its numerological symbolism, etc. Of course, that information is often combined with ruling Zodiac/some another sign depending on what country we are talking about, and then you get with the complete picture. In this particular article, we are talking about birthdate April 26.

People born on April 26 are great patrons of social organisations in which they work, but also of their interests, it is something that completes them and perfectly defines their character. They are the people who are (who believe) that are fighting for the right cause in the world, and every their move is pushing them towards that goal, of course, they cannot always get there, but they certainly try to do so.

They have great persistence and focus when they are pushing for success; and people of the April 26, because of their stubbornness (a trait of all Taurus people, a Zodiac sign that they belong also), can focus on their ideas and find it difficult to change their path, even if things are not going in the right direction. However, these people are still listening to their reason and logical thinking that they are known for, and the advice that they give to themselves can bring them back to the real course in life. It is essential for them to always to keep their sanity and reason, and to back off from the emotionality.

People born on April 26 have a strong desire to serve others, no matter is that their family or the entire world; this is a feeling that is a primary urge in their minds. Service activities are usually the best choice for them; it is of crucial importance to them. In carrying out these business tasks that are incredibly demanding and no-profitable, they rarely regret their speed and efficiency. Many people born this day look at themselves as guardians and patrons who care to keep everything running as planned, and if in that is involved some humanitarian cause, things get even better.

Because of their loyalty to the purpose they advocate or to whom it is difficult, the persons born on April 26 may be very lonely, because they don’t want to betray their primary goal. Although pragmatic, these people also show their philosophical side, and it is not difficult to persuade them and encourage them to express their most lifelong philosophies, which are mostly conservative – you can see why these people who are born on April 26 have so little close friends, not everyone can listen to them. These people are always on the side of the law, social order and the preservation of existing social norms, they do not like changes and alterations from the criteria, and existing path.

Surprisingly, or maybe not, depends from which side you look at the things, people who are born on April 26 are persistent in love, and they know exactly what they want, who they want, and what they can expect from themselves and others in love relations. More importantly, they know what the best love option for them is; they know how to choose the best from the best.

If a person who belongs to this date does not succeed from the first, he will try again and again until he seduces person of his dreams; and this is a mantra of every person born in Taurus sign, and of these people. In the eyes of the outsider, they can seem like people who sometimes act slowly and unsteadily, but if you get to know them better, you will understand how energetic and agile in fact they are.

Because love is, for people of this date, a challenge that they will take proudly and decisively, and if they find a partner who they love, they will not want to change it. They know how to love, and in the process of identifying their lovers and partners, people who are born on April 26 are patient and industrious.

When they are in love, these people are ready to give their lovers every inch of their soul, but they expect to be satisfied or rewarded for that kind of commitment. 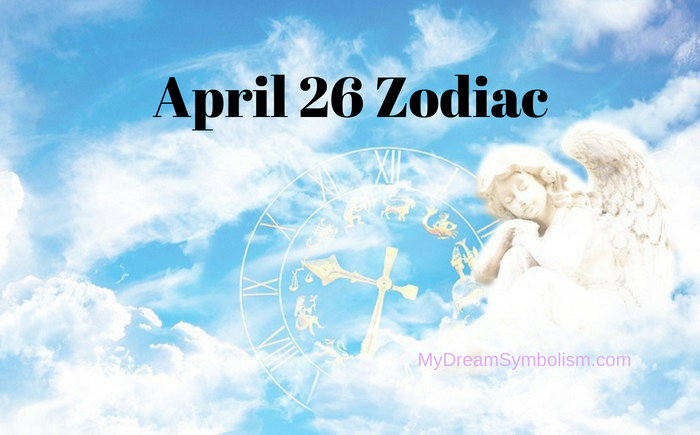 We must say right away that people who are born on April 26 built their lives slowly and with a strict plan; they don’t like to make any alterations from any norms, they have an idea and like to act accordingly.

In choosing a profession, it is essential for people who belong to this date to provide long-term and stable income for money, and every job that can provide stability and it is in accordance with their beliefs is good. Given that it is practical, it is best to find jobs that require patience, determination and budgeting. Element routine that some (many jobs in fact) have does not bother them; on the contrary, it is something that provides them with full control. Also, it is the humanitarian character of their occupation, and it is even better.

We can find people who are born on April 26 in jobs like traders, economists, bankers, bookkeepers, architects, botanists, supervisors, designers, stylists, collectors, singers, painters and writers. Everything that you put in front of them, people of this date will do well, on time – they are the type of workers who give their best in every, even the smallest and seemingly insignificant task possible.

One of their goals in their jobs is to collect as much material goods as possible and to live in safety and comfort. The happiest these people are when they can retire early and then enjoy themselves thanks to substantial savings and real estate.

The number 8 and planet Saturn rules persons born on April 26, and if we translate this information from its numerological and symbolical meanings, we can say that people who are under the influence of the numeral 8 build their lives and everything that exists in it slowly and cautiously.

Saturn as a ruling planet brings them a strong sense of responsibility, a tendency to limitation, and fatalism. Conservative tendencies of persons born this day due to the influence of Saturn can only be enhanced. Although the nature of this person who is born on the April 26 is very hot and open, the number of people who rule number eight, Saturn brings a cold and discredited outer space. Because of the combination of Saturn and Venus that is a planet in charge for all Tauruses people, this person can have many disappointments and difficulties in love, as we already address this question in the previous section where we spoke about love compatibility of this person.

All in all, they are blessed with many amazing traits, in every aspect, but as you know their ruling number 8 is a carrier of strong energy that has to be directed in the right direction, or it will become destructive energy.

Their number is 12, and their color is black.

These are the events that happened on the April 26 from 1532 to 2005, and they all carry specific significance, that is why they are remembered.

1532- During the visit to Vienna, the Turkish army, under the command of Suleiman the Magnificent II, entered Hungary.

1607 – Captain John Smith brought in Virginia the first colonists who founded the first ever British settlement in Northern America.

1828 -Russia announced war on Turkey in support of Greece in the struggle for independence.

1915 – Italy secretly signed the London Treaty with the United Kingdom, Russia and France.

1933 – The secret police of Nazi Germany, Gestapo, was founded.

1942 – At least 1,540 people were killed in the most significant accident in the history of mining, in the Chinese Banksia coal mine.

1954 – The Genocide Conference began in Geneva that ended the French domination in some parts of Europe. The United States did not accept the results of the summit.

1964 – Tanganyika, Zanzibar and Pemba founded the United Republic of Tanganyika and Zanzibar, which on October 29, 1964, changed its name to Tanzania.

1986 – Explosion of the fourth block of nuclear power stations in Chernobyl in Ukraine. Radioactive clouds cover almost Europe, and the consequences of the largest nuclear disaster are still being investigated.

1994 – The first elections were held in South Africa, where both black and white people participated, marking the end of the apartheid regime.

2002 – A former high school student in the German city of Erfurt began shooting firearms to his former teachers and other students by killing 16 people before committing suicide.

2005 -Syria has withdrawn its last group from the previous 14,000 soldiers stationed in Lebanon, ending 29-year interference in internal affairs in that country.

We must notice that there are not so many “celebrities” that are born on April 26, but more poets, kings and queens, and maybe those people who in a way lead a particular team. Read who they are, and when they lived and left a significant mark on society.

1894 – Rudolf Hess, a German politician in during World War II.

1900 -Charles Francis Richter, an American seismologist and physicist. He is known for making the Richter scale.

People who are born on April 26 are an expression of perseverance, determination, and strength in the most obvious way. Even if for some, these people can seem cold and slow, they are, in fact, very temperamental who are persistent in goals, and when they make a decision, they are very stubborn. They love security, and they will never refuse big money or a rich reward. They want it to be surrounded by material goods and luxury. But all of this cannot jeopardise their inner beliefs, which they don’t want to change quickly.

People of this date are strongly motivated to serve others and to have that touch of altruism in their lives.