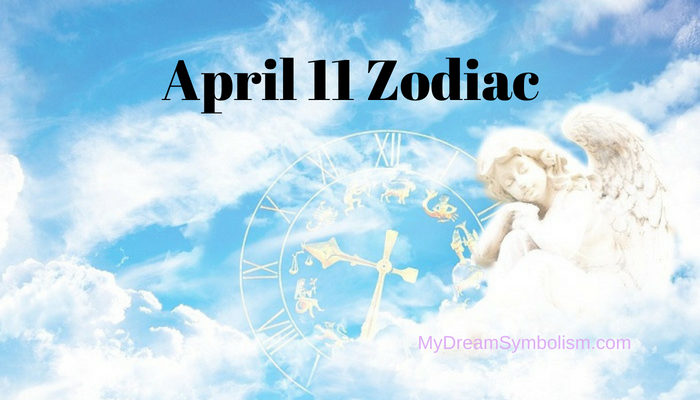 Date of birth determines us, at least in some small part; it is something that follows us until we die. Looking deeply into the symbolic of our date of birth and listening to the horoscope, we could find out life and all his secrets, there is no reason for fear of failure. Every astrological prognosis carries the most positive affirmation there is, along with the solutions for dealing with negative aspects of life.

Numbers that are found in the date of birth along with the matching Zodiac sign have a lot of meanings, some of them are obvious others carry some symbolic meanings, but all are making the whole picture.

We find that combining the numerological symbolic of our date of birth and information that we receive from our ruling Zodiac sign, can give us the complete picture of our personality and the potentials that we have.

In this article, we speak of people who are born on the April 11, and the Zodiac sign Aries that they belong to.

People born on April 11 have a clear need to be of benefit and to be useful in general; they are the people who hate wasting time, theirs and others. They like the most when they belong to some idea, and when they can be a part of the decision-making process, they feel like they have a lot to contribute as decision makers. People of this date feel like their intelligence and wisdom can benefit other people, so they often find their purpose in helping other people, especially those who are in need.

The centre of events where there is form and not substance is not the place for people who are born on the April 11 -they want a place where they can find the place where they can realise their ambition. That’s the place these people wish to so that they can be useful. They like to stick around “behind the scenes” and are not interested in fame and glamour – unlike so many Aries people, a Zodiac sign that they belong, they are shy and uninterested in any being in front of the crowd, and they find their place somewhere else.

These people are ideal mediators because they like to know what others think openly and without twisting that truth with some other things, and they are like this in every situation and with all of their friends. In the family or at work, these people usually are those who like to be leaders, but those leaders who speak from the shadows, and who pull all treads – people of this date are convinced that they know what is best for all people, especially for those who are close to them.

These people show great respect for the power of the language and have great psychological power – traits that come directly from their ruling sign, Aries. The idea that everything can be solved and corrected by words, good intention and powerful ideas is something they always believe in. They feel betrayed if the reality comes in little alteration – then their aggression and conflict nature comes on the surface. They have great intolerance when it comes to an objective assessment of their work and commitment. It is therefore essential for people born on April 11 to maintain their openness and not be ashamed to change the direction of movement; as such behavior will lead them to success. Luckily for their environment, they control themselves very well, and their anger doesn’t last long.

Individuals who are born on April 11 are blessed with the psychic power; it often happens that in the personal lives of these people they are misled by the statements of those they love. They correspond well in working with others (any kind of social work) or plan for others (some type of administrative position).

These people are, as some like to say, overconfident in love – at an early age, they see themselves as people who are hard to resist. This notion is not far from the truth, but sometimes this love ambition can hit them in the head, and produce their “negative and aggressive” side to be seen. 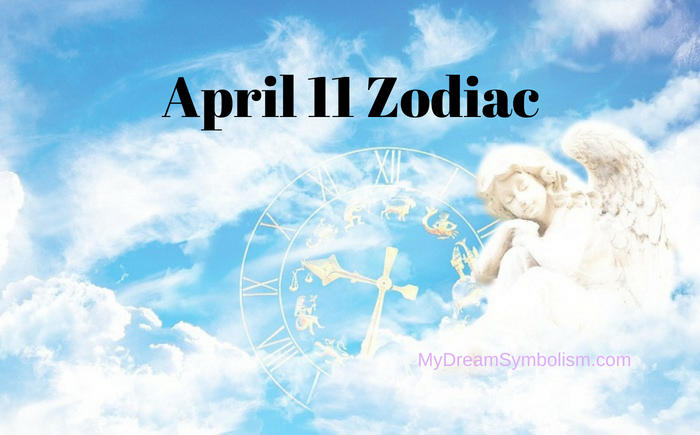 They love being in a relationship a lot, they love being in love, and doing all those romantic things in two; they are those individuals who like to be a part of the team, who want to have that particular person who with who they can find comfort and care.

While seducing, the person who is born on the April 11 continually plans, combines, and creates ideas with the need to turn them into the reality, always thinking of the well-being of that person. They never have dishonest intentions, or need to hurt others.

The best match for this person is someone who is intelligent and who can understand that because of a lot of work and dedication to other people, he doesn’t have time to be at home often. But that particular person should know that when individual who is born on the April 11 is with someone, he will never cheat, and he will be dedicated to home and family. They are excellent marital partners, but they need to be left to lead, and to make a decision regarding family. Otherwise, they will become reclusive and ineffective part of the family, which is a shame – for all involved in love and family life it is the best to let people of this date to lead and make decisions.

We have already said that people who are born on the April 11 are those who like to be a part of decision-making process in their lives, and it can be especially seen in their work, whatever profession they choose to have. They have that particular type of altruistic nature, people of this date like to help others, and they can find their occupation in some related occupation – doctors or teachers for example.

What they internally need is to establish calmness and stability at the end of the long, working day. It is very important for these people since they are under significant stress in their work, they have many responsibilities, to use their free time wisely, to travel and vacation.  These people have great mental energy, but they have to keep an eye on their physical side – they can come to the state of exhaustion and depression. People of the April 11 can have a problem in dealing with the unforeseen events that often occur in their work, along with the fact that their environment sometimes doesn’t understand them.

The number 2 and the celestial body Moon rule persons born on the April 11 – you already could guess that they are incredibly sensitive, gentle and imaginative people.

They are well-suited for projects where large groups work; they like to work in teams. Often share tips without asking for any fees and satisfaction, they are altruistic and loving people, they don’t have problematic character.

However, because of the Aries sign in which Mars is the ruler, these people express aggression and overconfidence at times of their lives. Symbolically, the combination of Mars and Moon can bring emotional instability to them, and for this reason, these people should be concerned with themselves and not others.

Their color is white, a grey-white, and their number is 15.

As usually, war events, battles and everything that is war connected found the spot on our list of the most critical past events that happened on the April 11.

491 – Anastasia I was elected for the new East Timorese (Byzantine) emperor.

1241 – The Mongols broke the Hungarian army of King Bela IV.

1689 – Crowning of the English royal couple William III of Orange and Mary II. During their reign, several essential provisions and laws were adopted, such as the Declaration of Rights and the Act of Tolerance.

1713 – Utrecht peace ended “War for Spanish Heritage”. Spain was forced to accept the French Bourbon for the rulers.

1814 – An agreement was reached in the Fontainebleau, according to which Napoleon Bonaparte abdicated and was expelled to the island of Elba. On the throne, he was replaced by Louis XVIII.

1899 – The United States took over the Philippines from Spain.

1919 – In Geneva, the International Labor Organization was founded.

1921 – The Hashemite Emirate of Transjordan, now Jordan, was founded.

1961 – The trial of former Nazi German Adolf Eichmann for war crimes against Jews in World War II began in Jerusalem.

1968 – The assassination of Rudi Dutschke, a student leader in Germany.

1979 – In the capital of Uganda, Kampala, Tanzania’s troops and opposition forces in exile, ending the eight-year rule of the dictator Idi Amin Dada.

1991 – The United Nations Security Council announced the formal end to the Gulf War, with the promise of Iraq to pay war damage and destroy weapons of mass destruction.

If you look at the rows below, you will notice that there are not many famous and historical persons who are born on the April 11, but all of those who found a place on this list have something that separates them apart from rest of the people. For example, Alessandra Ambrosio is one of the most beautiful people in the world or English doctor James Parkinson who was one of the revolutionary minds in his time.

1492 – Margaret Angulemsk, a Queen of Navarre and French poet.

Like all of us, human beings, people who are born on the April 11 have good and bad traits, but that process of self-discovery and development is maybe more natural than in other people. Because, you know, they are the people who like to be in the process of decision making and they are those who like to help their environment to bring useful and favorable decisions for all humanity. This is their purpose and primary motive in life and this kind of unselfishness and care for humanity is amazing and altruistic – these are qualities that can be found in their character.

People of the April 11 have great entrepreneurial activity, then decisiveness and ingenuity, courage that gives them the ability to speak always what they think is right, to fight for the truth, but in his peaceful way.

On the more negative side that can also be found in these individuals; we could say that they are undoubtedly capable of managing jobs of any sort, in every part of the life. But they are “blessed” with traits such as impatience, abruptness and wantonness. But what is great about all of this, is that people who are born on the April 11 are never disabled with their flaws, and can achieve a lot of life.