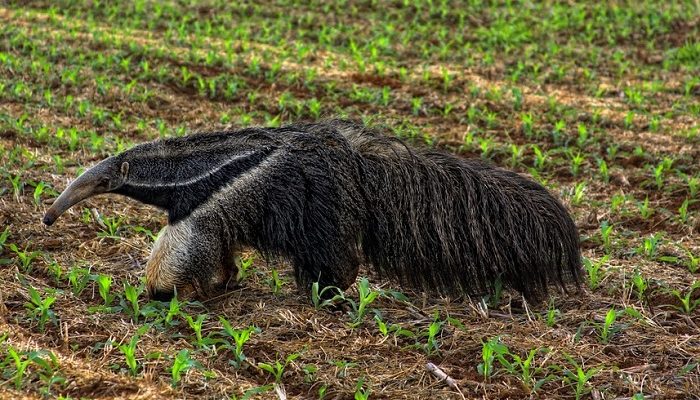 The tongue of an anteater can be over 60 cm long. He is one of the mammals with the longest tongues. It is extremely narrow at 10-15 mm and “beats” up to 160 times a minute.

Ants and termites, which stick to the sticky saliva, are stripped off when the tongue is pulled in the mouth and migrate as a favorite snack in the stomach.

The anteater eats up to 30,000 insects a day. Despite its rough coat and thick skin, anteaters are attacked by ants and termites – with success. They use their formic acid, which also permanently harms the anteater.

Therefore, the anteater strikes short and hard, so that the insects are all eaten before they can start a counterattack. Anteaters smell 40 times better than humans. Anteaters do not run on the balls of their paws, but on their “fists”. So the big claws do not come in contact with the ground and do not wear out. After all, he needs sharp claws for digging and defense.

In today’s article we are going to learn more about anteaters and the symbolic meaning that lies behind them as spirit animals and totems.

What exactly is a power animal? Your power animal is a spirit being in animal form. The power animal does not correspond to the real animal, it is not the spirit of special dead specimens, but it is to be understood as an archetype and represents the entire genus.

It is not necessary for the indigenous power animal to be given the qualities that we associate with the animal in our Western culture. The proverbial “stupid goose” stands as a power animal for cleaning and stability. In Native American mythology she is given a strong connection to the spiritual world.

Your power animal has a personal relationship with you as the person he accompanies and may stay with you for a lifetime. It is your spiritual companion and soul mate. In some people, internal and external developments also change the accompanying power animal. And a few have not only a life force animal, but several animal spirits to protect and accompany them. You can experience these protectors with your intuition and make them tangible.

It should not be assumed that a particularly large or strong animal would be better for you, or can give more strength. In principle, each force animal has the same potential for power and support for its associated human. Discover the special beauty and incredible specific power inherent in each animal.

Your spirit animal appears to you as female or male and can have a much differentiated personality. His job is to keep you healthy, not just physically, but mentally, emotionally and spiritually. For this purpose it guides you and supports you or warns you if necessary. Whenever you need the energy of your power animal, you can call it. How the relationship to your power animal is designed depends entirely on you. Some people feel love and familiarity; others meet their power animal with veneration or respect. 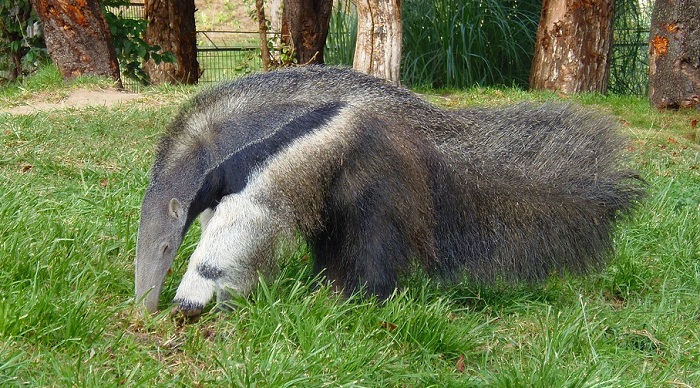 Some people will always be aware of the presence of their power animal; another will only remember their spirit animal when the situation requires it. The power animal can provide quite specific information on how best to deal with a particular situation or give you a slight push in the right direction.

Your power animal is your inner voice, your intuition. Look through his eyes to find your way. The support we receive from our power animal can only be fully exploited if we facilitate and foster a spiritual relationship with it. It is often helpful to look at a beautiful picture of the corresponding animal, or even to admire the animal in reality and to have around. This reduces possible blockages and a mental connection stronger.

People who are born under the spirit animal or totem of anteater are very solitary and they like being alone. They are not the type of people who like to be in big crowds, partying or spending a lot of time socializing. This is not because they are antisocial, it is only because they feel their best when they are alone and also they have a hard time connecting with others and creating relationships.

They are also very careless because of their inability to see wrong behavior in others. Since they spend so little time with others, they are a bit naïve and aren’t very skilled in being bad to others and reacting when someone is bad to them.

Their entire lives they are on the search for the perfect person and someone who is going to make them whole. They are romantic at heart but finding that special person can be very hard to them. They are simply too demanding and their partners have to fulfill their intellectual requirements before they fall for a person deeply.

One important thing for everyone born under the spirit animal or totem of anteater is to let others into their lives from once in a while. Even though you enjoy spending your time alone, it might be good for you to spend some time with other people because you tend to close too much in yourself and you start to lose touch with reality.

Therefore, be open to new things and combine the intellect you already possess with new experiences and new people who can open up your mind even more.

Anteaters are native to the Central America but also South America. These peculiar animals were seen as symbols of lethargy, nosiness and solitude. The tribes who lived there, and still do, rarely saw anteaters as animals that are desirable for a spirit animal or protective animal.

They are very much like sloths that spend most of their days roaming around the forest or sleeping in the shade. In popular culture, these amazing animals are not used as much as they should be, because there is so much more to this animal then people might think.