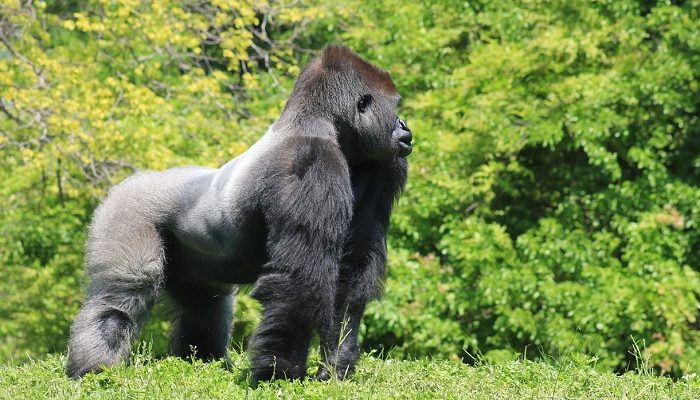 In the animals world, there are many animals that can represents and symbolize strength but in different ways.

Animals never cease to amaze us with the amount of power that is hidden in their sometimes, at first sight, fragile and gentle bodies.

In this text we will discover which animals are considered to be the most powerful or strongest animals in the animal kingdom and what makes them unique in their own way.

These are the animals that symbolize strength:

The king of the animals has a massive, powerful physique – only with a strong paw he can kill his prey. Power Animal Lion invites us to recognize that great power also brings great responsibility, which we should use carefully.

A lion sleeps up to 13 hours a day: In the heat of Africa, the big cats have developed these strategies to optimally use their energy reserves.

Besides, no other animal would dare to attack a lion. Therefore, the power animal Lion also shows us the way to more serenity and the knowledge, even just times things in peace and quiet.

A pack of lions hunting is the epitome of teamwork, cooperation and mutual loyalty.

Quarrels and dispute, although there are sometimes in the prey distribution, the little quarrels are usually quickly forgotten.

When the lion comes to us as a power animal, we are asked to take a look at our own loyalty or to check whether others are over-exploiting our loyalty. 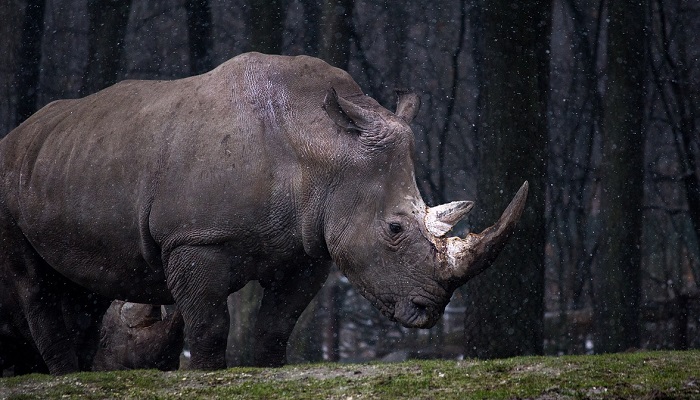 Many thousands of years ago, rhinoceros paintings graced caves and cliffs, carved their images into bones or stones, and even modeled rhinoceros clay figurines. Since time immemorial, the rhinoceros, together with countless cult objects, has a very special place in the hearts of the people.

Legend has it that the unicorn, known from Greek mythology, is a cross between a rhinoceros and a horse. It would be conceivable that the crossing with the rhinoceros is an Indian rhinoceros that in the local folk belief is also referred to as a kind of “unicorn”, because it carries only a horn on the nose contrary to the African rhino.

Possibly, therefore, is also his colloquial name rhinoceros (from “Ross”, the old name for a horse). It is almost unnecessary to speak about the great strength and power that this animal carries. Even the most dangerous predators think twice before they attack this powerful mammal.

Rhinos can both kill their prey and their enemies with a powerful horn on top of their nose but they can also run fast enough to catch anything running away from him.

In many Asian cultures, the tiger plays a central role and in Asia – like the bear in Europe, the polar bear in the Arctic and the lion in Africa – is considered the “king of animals”. In Buddhism, the tiger is a wise guide who knows the “jungle of life” and knows the way through the thickets and out of the dark jungle.

He is therefore also considered as a light bringer and similar to the fox in Europe as a helper in distress, if you got lost.

Nonetheless, the tiger is revered in many places for its imposing appearance and its respectful charisma.

He is therefore also associated with power, power, alertness, but also with anger and rage. In China, for example, there is even a fighting style named after the tiger, the so-called “Hu Quan”.

In addition, the tiger should be a guardian and protect the dead on their journey to the afterlife. A similar mythological meaning comes to the tiger also in Hinduism, where the goddess of victory and protection Durga rides on a tiger, protects souls and defends life, where necessary.

It can therefore be said that the tiger is a similarly important shaman animal in Asia, as the eagle in North America, the bear in Europe, the lion in Africa and the polar bear in Greenland.

The Great Bear (Ursa maior) is a well-known constellation that faces northeast and is an important navigational point for sailors.

Also in many names reflects the high reputation of the bear again. In North America, Grandfather Bear is considered a protector, herbalist, powerful warrior and healer, who were highly honored.

Because the bear has great medicinal plant knowledge through its balanced diet, it is said that one is called from the bear to the herbalist when he appears to one.

The snake per se also fascinates people because it represents something profoundly archaic and primeval that comes from the shallows of the water, where life begins. Its periodic renewal makes it its symbol of the cycle and the continuity of life.

Also in the creation myths you do not have to search for her for a long time. In the Hindu creation myth one knows about Adishesha, the thousand-headed world strikes that Shakti, the cosmic energy, symbolizes.

While the god Vishnu stands upon her in the ocean, a lotus springs from his navel, in which the creator Brahma sits and meditates, practices pranayama and creates out of his thoughts this world.

The Upanishads describe their kundalini energy. There she symbolizes the holy divine, feminine life force.

It is said that the sacred power of the Kundalini shines like the breath of a young lotus as it curls around itself, holds its tail in its mouth, and rests half-asleep. It is in the muladhara chakra, the root chakra of every human being.

When she is ready to sit up, she ascends from the middle of the underside of the trunk over the spinal canal to unite over the crown chakra with Shiva, pure consciousness. Many yoga exercises aim to arouse this energy.

Their awakening is usually accompanied by bio-energetic and somatic phenomena.

Elephants are strong and formidable animals that can grow very old. For this reason alone, they are in many places a symbol of a vital and long life. Due to its impressive size, however, elephants have become partly status symbols in their home countries.

Similar to the turtle in North America, so the elephant in many Asian cultures as a bearer of the world, which carries the world on his back.

In Buddhism, the elephant is even considered sacred because the birth of his mother’s Buddha was predicted in the dream of a white elephant.

But even in Hinduism, the elephant plays a central role, as evidenced by the fact that the god of wisdom and science called Ganesha with an elephant head represented – which is to emphasize his learning.

In many legends Ganesha appears in the shape of an elephant to save or warn people of danger.

The eagle is myth logically associated with the sun. Thanks to his power, strength and charisma, he is also the second most important heraldic animal in the world, just after the lion.

The golden eagle is one of the largest birds in Europe with an impressive span of more than two meters. The long, wide wings make him an excellent sailor.

When foraging he often circles for hours in the sky. And despite its size, the impressive bird of prey is a maneuverable aviator full of elegance, often succeeding in impressive maneuvers.

Already in antiquity the eagle played a very important role. When the raging god Zeus threw his lightning bolts toward the earth, the eagle transformed him into arrows that hit each target.

The Indian god Vishnu is borne by Garuda, an eagle with a human face. In the Germanic world of belief, the eagle is associated with the mighty god Odin.

Leafcutter ants use their mouthparts to cut out pieces of leaves and carry these piggybacks home. Interesting thing is that they don’t like eating the leaves they cut. Instead, the greens are chewed to a pulp.

After some time, their favorite mushroom grows on it and, to make sure it thrives, the ants go to great lengths.

In addition to the scarab beetles are also found as jewelry. They were made in the form of chain links and had the meaning of amulets. The earliest appearance of the beetle happens in conjunction with Neith.

From the Middle Kingdom they disappear completely. Presumably, they have been pushed back by the Scarab. Egyptian myths tell that the dead fear the beetle, because they eat away the body. Therefore, in the Book of the Dead, there are proverbs to ward off the bugs.

In the scarab, the ancient Egyptian saw primarily a symbol of creation and the rising sun (renewal). As we know today, the female dung beetle (Ateuchus sacer) forms a ball out of the manure, where it deposits the eggs, from which the young hatch.

As a result, the scarab named Chepre became a form of the sun god Atum. Sometimes Chepre is also floating, with outstretched wings, as he rolls the sun in front of him.

Gorillas might be last on this list, but this doesn’t mean they are the weakest of the bunch.

Powerful gorilla sends fear to our bones even by simple look at it and we can clearly understand not to mess with gorilla’s territory.

They are very territorial animals that can become aggressive in the matter of seconds if something is not the way they envisioned it. They can kill their enemies in a glance with their powerful and strong bodies.

Who would have thought that such a strong and bloodthirsty animal is an herbivore?